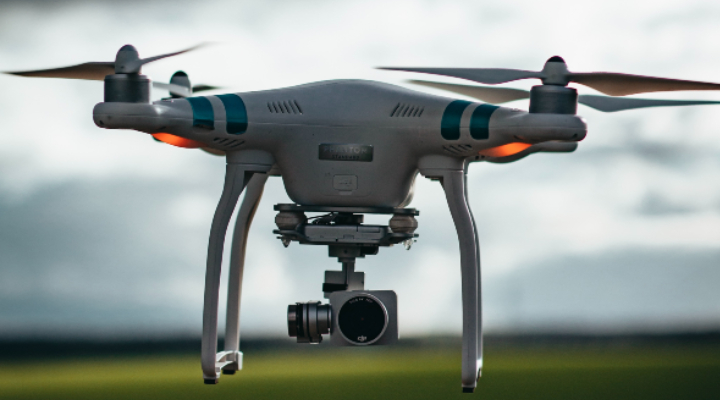 Drones are love for some. Many of you have watched the movie “Uri” for sure. You have seen the potential of drones there. The market of drones has simply witnessed a boom and will take a CAGR of 55% by the time 2025 arrives. This market will have a business of around 63 billion USD. However, I am not here to discuss the drones business. The Exhibit will catch a different perspective this time to showcase what massacre it has created. Drones are currently coming into the news due to the series of attacks they are making. Recently, you have observed such incidents in the UT of J&K. Some claimed that drones bring some disadvantage against which it is getting used. Let’s get an idea on this domain and how to deter them by building resilient solutions.

Why are drones powerful?

First of all, you need to know that drones are not stand-alone instruments. It gets controlled remotely. Hence, you can increase and decrease after assessing the situation. A pilot in an aircraft may not get that time to decide what to do next unless clear instructions are not available due to the aircraft’s speed, which is in the multiple of Machs. Apart from this, a drone has better manoeuvering management than fighter aircraft and helicopters due to its small size. Remember, the maneuvering was done by the Uri movie team. They showed that Pakistan knew about some helicopters towards their side, and radar detection could have hampered the Indian contingent. But, that’s not the case with drones. Why? It is because drones have a small size and can easily pass the cross-sections of radars. The slow-motion profiles of these drones cannot generate a huge signal that can create an alert.

DMTs are necessary in modern times considering the capability and deployment approach of our neighboring countries. So, what functionality should be there in DMTs? Well, you don’t need to create a separate platform for detection equipment. What to do then? Pretty easy. All you need is to enhance the working of radars. It means that you bring more niche in the framework of radars. And, one of the biggest niches will be the identification of objects. Now, drones being slow empowers them to go undetectable. But, if radar can identify each object and segregate them under birds and other unmanned aerial vehicles, it will be a great accomplishment. Apart from this, one can work tapping the communication signal between the UAV and controller. Hence, for this, one can use a radio frequency analyzer. But RF won’t be effective if someone is using autonomous UAVs against you.

RF and enhancing radar functionality is not the end of the world. Let’s empower you in this domain by allowing you to widen your horizon. Think about a drone. Does it make some sound? Yes, it makes it whenever it is moving. Hence, it must be generating some acoustic signals. Now, what if you detect such sound alerts and accordingly enhance your vigilance capability. Isn’t that great? Using acoustic sensors and some additional facilities you can identify the direction and movement of these UAVs. In addition to this, you also know that if any UAV enters your territory and you watch it, you are doing it with your eyes. So, what to do then? Well, here, some computer vision libraries attached to optical sensors can help you detect such events in a better way. It will also generate shreds of evidence that you can present to your enemy.

I hope this edition has helped you understand drones in a better way and what one needs to do to detect them if, currently, they have the edge over us. The Exhibit will be back again with anti-drone technologies that can help you out in destroying such UAVs.