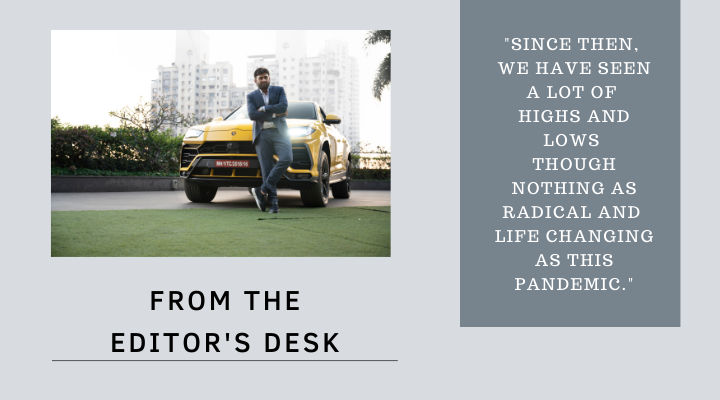 When SpaceX’s latest launch, the SN8, burst into flames, millions of dollars evaporated but there was not a single wrinkle on Elon Musk’s forehead. In fact, the mad scientist went on to congratulate his team on the failure! That’s how the man is built; taking failures into his stride and on a mission to do the impossible. The idea of building a colony on Mars is the wildest and weirdest dream anyone can have, and if anyone has the ability to execute it in our lifetime, it is probably Musk. I have always been fascinated by him, his journey, his tweets, the hero of startups, and one crazy soul who does first, think later, and goes all in. Read his book, Elon Musk by Ashlee Vance and you will start believing even in Spiderman and Superman. Why Elon Musk, you ask? Because it’s that time of the year when you will be making new year resolutions, and in that it’s a must that you should slide in after you have browsed through our take on 31st parties in these Covid times.

The turn of the year always brings positivity, aspirations, and hope. 2021 will definitely go down the century as the year where hope for 7.5 billion people are all glued in for the vaccine, for the skies to open, to live freely, to stay alive! By this time, the preparations for CES (Consumer Electronics Show) in Las Vegas are in full swing, like many things now it’s a ritual which will be missed massively in fact for the first time ever since the first edition of Exhibit came about – 15 years ago.

Since then, we have seen a lot of highs and lows, though nothing as radical and life-changing as this pandemic. Nevertheless, it is our Nature to bounce back harder than we are hit and that’s exactly what we have done. We persevered through the toughest of times and faced the highest of pressures. But as they say, only the coal that can sustain the highest pressure turns into a diamond. It’s a wrapping issue of 2020, and we have just dropped our podcasts on Spotify and other platforms, next time give us a thumbs up, we will have plenty of conversations, tech hacks coming up there. Moving forward to the next year, all we can wish to carry forward from this year are the learnings, the lessons, and the alterations that we have voluntarily done to our lives. Otherwise, I think you all would pretty much agree that 2020 should have never existed!