MSI Vector GP76 Is it a game-changer or a deal-breaker!
GamingLaptops / TabletsLatest Tech ReviewsReviewReviewedTechTech Reviews 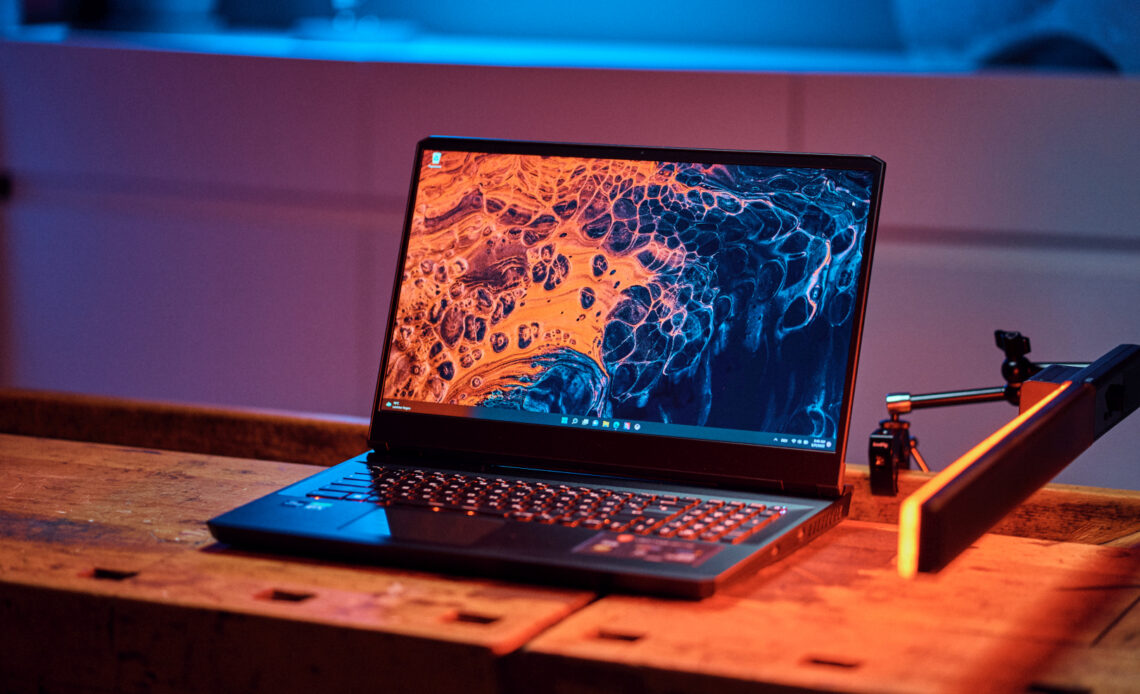 Starting nearly above a couple of lakhs, the Vector GP76 hosts a massive 17.3-inch, 1080p display with a 360Hz refresh rate which is phenomenal. An Intel Core i7 CPU paired with a Nvidia RTX 3060 GPU and 16GB of RAM.

It’s an enticing collection of specs at this price point, but that’s not nearly enough to land you with the best gaming laptop. While there are some serious caveats to consider before you pick one up. 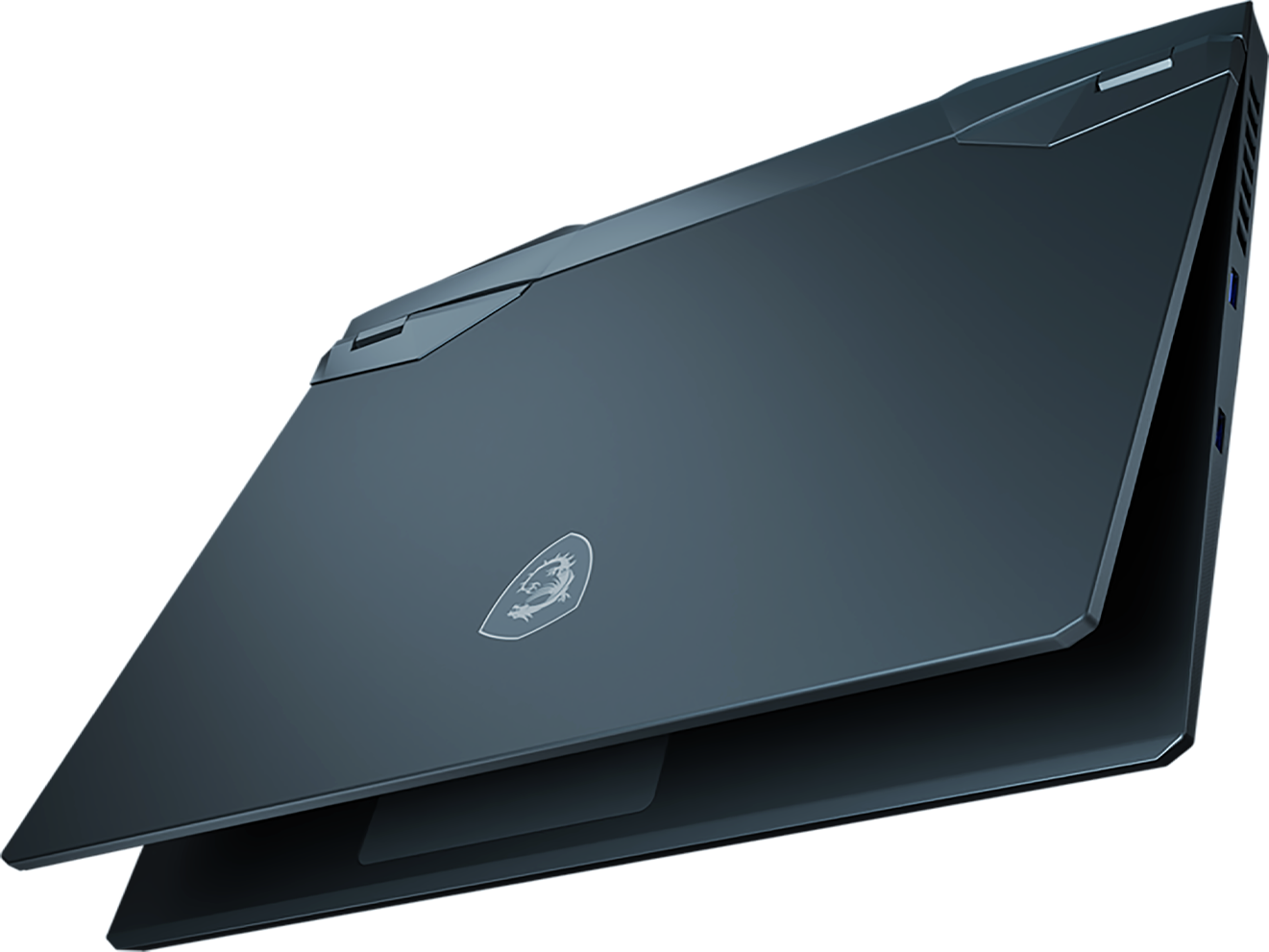 If DC comics were to design this laptop, the MSI Vector GP76 would likely be the Batman. While the MSI GS76 earns that name with its “discreet yet stealth design,” that would be a fitting name for the Vector.

Blacked out and with a robust metal finish and from the prominently raised hinges to the angled vents on the back and sides of the laptop, it gives the otherwise minimalistic laptop an aggressive look. The matte black lid is only broken by MSI’s dragon logo, which is also in black, but it draws the eye thanks to its glossy finish. There’s no flashy exterior lighting to make the Vector scream that it is a gaming laptop, yet its bulky form, makes it look like it’s meant to do some serious stuff.

The Display everyone’s been talking about!

The MSI Vector GP76’s display definitely prioritizes speed over the resolution with its 17.3-inch, 1920 x 1080 screen delivering a blisteringly fast 360Hz of refresh rate that will overwhelm pro-gamers that favour fast-twitch FPS titles or racing games.

The colours are excellent with their brightness and HDR capabilities. The solid performance of the RTX 3070 Ti with its 150-watt TGP is also reflected in gaming. All games run at high FPS. Even at maximum settings and with a corresponding external monitor, 4K resolutions are flawless. 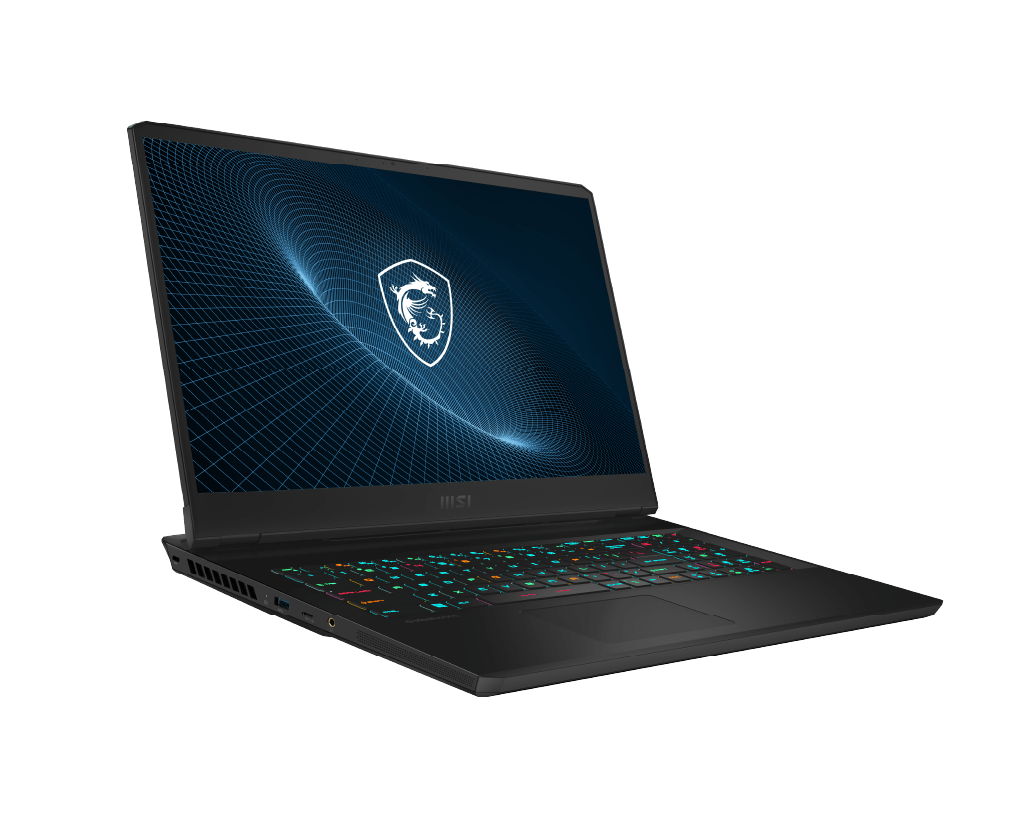 Can take a good beating!

Typing on the Vector GP76 is a pleasure with the RGB-backlit keys offering solid key travel and a springy response which is both comfortable and quick to type on. The tactile feedback is confidence-inspiring and fast typing is as buttery smooth as it can get. For gamers, the rigidity will make sure that the keyboard can take a good beating.

The keys are generally well-spaced, with the exception of the cursor keys on the right.

You have complete control over the per-key RGB lighting from the aforementioned Steelseries GG app and it allows sample light to get through the keys without excessive light bleed at the edges.

Is it a Gamers delight?

The specs make it clear, that the Vector GP76 is real gamers’ delight with its 360 Hz display and super-fast response times. In addition, the Core i7-12700H has double the power of the CPU in its predecessor and another highlight is the Nvidia RTX 3070 Ti with a real power consumption of 150 watts.

The MSI Vector GP76 gives gamers a lot of what they want with outstanding performance, a great sturdy keyboard and an incredible 360Hz refresh rate display, but the painfully poor battery life and overall poor thermal performance make it dicey to recommend over some of its competition.

Now if you never, or rarely, use your laptop away from a charger and you do all of your gaming with a headset on, that changes the equation significantly. But acknowledging a few drawbacks, the rest of the package offered is solid and unquestionably delivers an excellent gaming experience.

Near class-leading performance and graphics with 360Hz refresh rate