How Big is IPL? - Exhibit Tech How Big Is
How Big Is 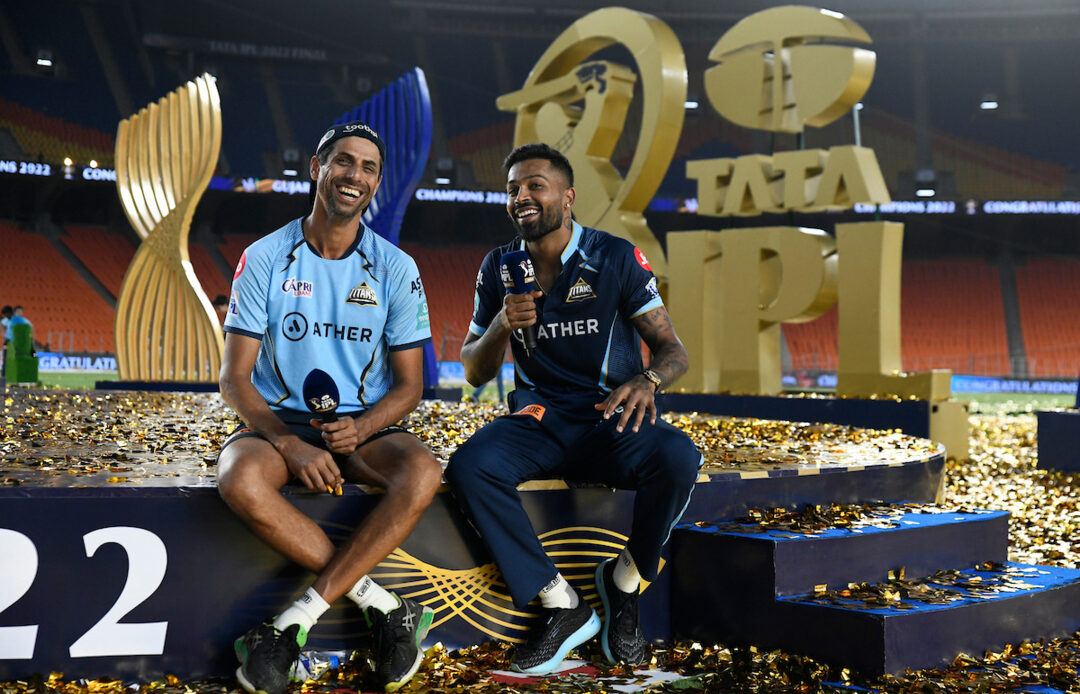 The game of cricket has the power to unite people, at least in our country. We have been worshipping cricketers for a long time, and looking at the current craze of the game, we will continue to do so in the future. A huge credit for the same goes to the IPL – Indian Premier League, which turned the gentleman’s game into a spine chilling thriller.

Yesterday, Gujarat Titans, a debutant team, defeated Rajasthan Royals by 7 wickets and 11 balls left in the final of IPL 2022. A team led by young captain Hardik Pandya was not one of the favourites at the start of the season, but throughout the last couple of months, they stood strong as a team and performed like true champions.

A quick look into the old books

In the early months of 2007, a private cricket league – ICL (Indian Cricket League), was founded, which was not controlled by the BCCI (Board of Control for Cricket in India) or ICC (Indian Cricket Council). The cricket board of India wasn’t happy with it, and to prevent players from joining the ICL, the BCCI increased the prize money in the domestic tournaments but failed to fulfill the greed.

Going ahead, the board even started imposing lifetime bans on players joining the ICL but couldn’t keep the players away from it. The same year, in September 2007, India won the inaugural Twenty20 World Cup by thrillingly beating the arch-rival Pakistan. Shortly, the BCCI announced a franchise-based T20 cricket league named Indian Premier League in a high-profile ceremony.

The MASTERMIND behind the league

Even before Mr Narendra Modi led BJP came into the rule in the central, there was another MODI who was famous for his tactics and strategies, the ex-vice president of BCCI, Mr Lalit Modi. He was heavily involved in the commercial side of the BCCI and was instrumental in launching the IPL. The guy singlehandedly operated the league and played an unforgivable inning to make IPL a global sports event.

However, not all good things end well, and in 2010, the IPL mastermind was suspended from the post of chairman and commissioner. The BCCI’s disciplinary committee found him guilty on eight counts, and soon he was labelled as a fraudster, but that’s a story for another day. To be honest, nobody can do half of what he did for the IPL during his tenure, of course, skipping the bad parts.

The Format of the IPL

In the first three seasons of the IPL, matches were planned according to the round-robin format where each contestant meets every other participant, usually in turn. Later on, in 2011, two new teams were introduced, and a new structure was formed where 10 teams were divided into two virtual groups, and each team played 14 games before hitting the playoffs.

The format of the IPL keeps changing according to the number of teams. This year, in the 15th season of the league, once again, two new teams were introduced – Gujarat Titans and Lucknow Super Giants. Due to the apprehension of the 4th wave (Covid-19), the 15th season was played entirely in the state of Maharashtra (except the final match), with Mumbai and Pune hosting the matches.

A player can not hit the ball out of the park at all times. When required and under pressure, they sometimes need to run quickly between the wickets to snatch that one impossible single. MS Dhoni, AB de Villiers and Virat Kohli have mastered this art long ago but nobody was aware at what speed they run between the wickets till Star Sports Network introduced new technology in the IPL 2021.

We’re aware of the technology that shows us keen details of the batting and bowling, but what about fielding? The matrix system helps us summarize how many catches a fielder takes and drops and how many runs a player saves and gives both inside the 30-yard circle and the outfield. The matrix also evaluates the strengths and weaknesses of a team based on fielding performances.

Imagine a sports match without an audience? I know it’s hard to digest, especially when you’re into a sports-like cricket, where the audience plays a huge role by cheering for the players. However, due to the pandemic, the 13th season of the IPL kicked off with fake crowds and cheers. Unfortunately, the fans watching matches from their homes were not happy about the counterfeit cheers, but who cares!

The concept of Strategic Timeout

Now that we’ve reached almost half of the article, it’s time to take a timeout. The concept of strategic timeouts is similar in concept to timeouts in basketball. It was first introduced during the second season of the IPL (in 2009) and lasted for seven and a half minutes. However, they were shortened to two and a half minutes a year later due to their unpopularity.

Of course, they kill the momentum of the game, but according to the franchise owners, timeouts are crucial as they maintain commercial revenue streams in the league. At the moment, strategic timeouts are only exclusive to the IPL, where the bowling team must take the timeout between six and eight overs while the batting team must take it during 11 and 16 overs.

Indian Premier League is one of the top-most and richest sports leagues in the world. If you focus on the growth rate, the IPL clubs have seen 24% growth over a decade. The total value of the IPL after the 14th season (2021) has been around ₹ 35950.53 crores. The league features 100+ sponsors in just one edition, be it a title sponsor, umpiring sponsor or tens of brands we see on the team jerseys.

Brand Value of the Teams

5-time champions Mumbai Indians is the most successful team in the Indian Premier League, but when it comes to the fan following and the brand value, 4-time winner Chennai Super Kings tops the list. The ‘yellove’ fans have been attached to the Chennai team for a long, and most of the credit goes to the rapport between the management, team players, staff and fanbase.

Note: The brand value of the newly launched teams – Gujarat Titans and Lucknow Supergiants, will be evaluated after IPL 2022.