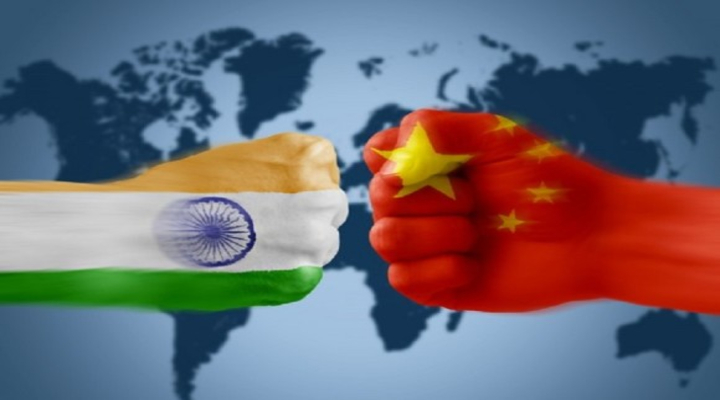 Most of you reading this would just like me be sitting in your homes for over a month wondering – What next? If and when, this mother of all ‘Grey Rhino’ events, aka #Covid19 ends how do we go back to our lives and where do we start re-building.

Not wasting much of your time enumerating the Covid-19 chronology since Dec’19, I reckon that most of us have acquired PhD’s from the various Universities of Whatsapp/Google/Social Media in our understanding of this pandemic and what is being done to tackle it across each and every country around the globe.

In my note below I will try to ‘Buy into the Fear’ by showcasing the opportunity that stares at  India and its budding entrepreneurs across small, medium and larger corporations post this crisis. In all disclosure a lot of my inferences here have been made by analysing the sentiments across countless conversations with my colleagues/friends/thought leaders spread across a diverse set of industries based in India and the US .

Before we go ahead it’ll be pertinent for us to understand where China stood prior to this event. This should help us all get a deep dive into how small the world is today and how ‘Globalization’ has been a powerful force for economic growth. Movement of goods, services, finance, data, and people across borders adds to GDP and fuels productivity growth. No country on earth has played this cycle better than China aided by a young population willing to put in high teen man hours/day in bettering their lifestyles and futures. China’s period of double-digit GDP growth in the mid-2000s was fuelled by even faster growth in the flow of goods in and out of China. 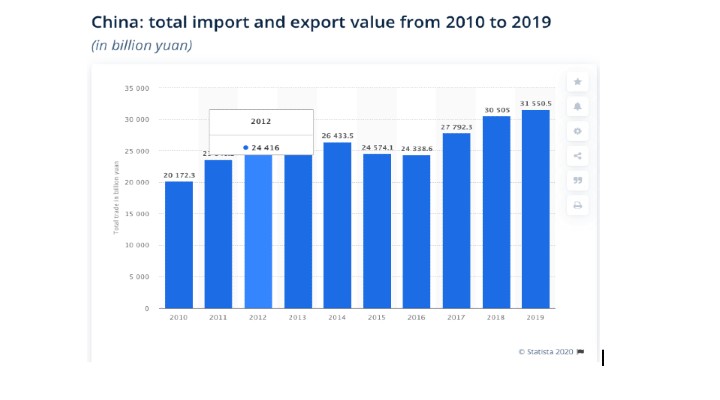 In early 2019 Donald Trump, President of the largest consuming/importing country in the world aka the Unites States of America decided to take notice and change this status quo by waging a war of words and threatened a trade embargo against China.

It’s only in the latter half of 2019 that these ‘Siamese twins’ – China & US realized that neither can do without the other. 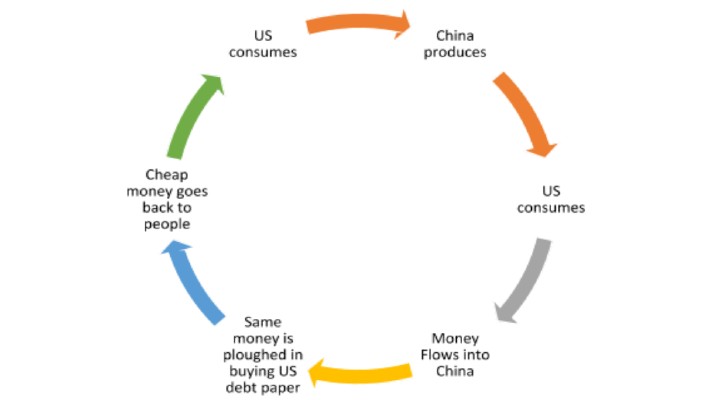 Below is a representation of what China exported to the world in the year 2019.

China’s top 10 exports accounted for approximately two-thirds (67.6%) of the overall value of its global shipments. As seen above it’s a high chance that the cell phone or computer.

you’re reading this note on, or the TV that you’re watching or the furniture & lights you see around or worse your child’s favourite toys are all (you guessed it right) – ‘Made in China’.

The world has literally been dependant on a game of mass scale production by only one country and that’s China.

Now we arrive at the most critical question in our note today- Is China a TINA (There is No Alternative) market or can the world diversify?

This question gained fire in early Jan’20 when large companies across the globe started seeing supply side disruptions owing to a complete lockdown of all the export ports present within China. The world since then has increasingly started realising that the over dependence on one single country has come to hurt global GDP’s now.

With the spread of the Covid-19 cases, a lot of questions have been raised on China’s style of governance and its secrecy with respect to key developments. In order to better understand whether China is really TINA we re-visit the China advantages in the points below:

Coming out of these Global Lockdowns from a new world perspective; of the four BRIC (Brazil, India , Russia & China) nations, there’s only one that possesses the above mentioned skillsets, scale and good bilateral global ties- INDIA!!

Yes! India has been a friend to the world exporting IT, Textiles, Agri and a host of other products since the last few decades. Now it would be theoretical and almost foolish to assume that India will take over the Chinese edge and be the new hub of exports. Let’s admit the fact that things in theory don’t necessarily translate into practise. But we are trying to chalk a path for that shift over the next decade up ahead.

Below are exports from China that result in negative net exports or product trade balance deficits.

Within this very list India can opportunistically use its expertise and manufacturing facilities across MSME/Larger corporates to take away a bulk of the global business. Indian pharma capacities, metal manufacturing capacities, meat production is already of sizable scale. It essentially lacks efficiency and ability to scale 10x from here.

This is where we apply the First Principles Rule and break down each industry capacities and start synergising with the underutilised ones. For example: A couple of years ago we invested in a toy manufacturing company in Pune. The toy product was the popular NERF series of guns for Hasbro Plc. Now Pune and its nearby manufacturing belts have been long time auto ancillary hubs sitting on huge injection moulding capacities that have been running at 30-40% utilisation levels since the last few years. We contracted over 45 different MSME’s to mould the plastic parts needed for the NERF gun; thereby saving both time and money in achieving a scale of 400crs a year within 18-24 months.

The Chinese have learnt a lot of their manufacturing processes/skillsets from the Japanese conglomerates who were amongst the very first ones to set-up large shops in Mainland China. On 8th April’20 Japan has announced that it’s now looking at bringing both its talent and facilities out of China over the year up ahead. Historically India-Japan have shared exceptionally good relations which now can be leveraged to their peak capacity. Imagine a scenario where a Japanese knowledge team camps in India and teaches our local entrepreneurs the right processes to build at scale and achieve global QC standards.

Hitting where it hurts

With companies like Samsung, Apple, Amazon, Xiaomi setting up India facilities that wheel of change has already been put into motion. Post Covid-19 the world will increasingly be ‘protectionist’ in nature and its literally the opportunity of a lifetime for India and its massive SME & MSME space.

I don’t wish to sit on the side lines and comment on things or worse blame/wait for governments to announce packages of relief and respite. For the last 73 years our whole regulatory system, the priority sector lending system has incentivised SMEs to think and stay small.
Small needs to grow because they are the biggest provider of employment.

If India has to ever be taken seriously on global export scale then we need to radically change our DNA of business and open our arms to the new world out there.