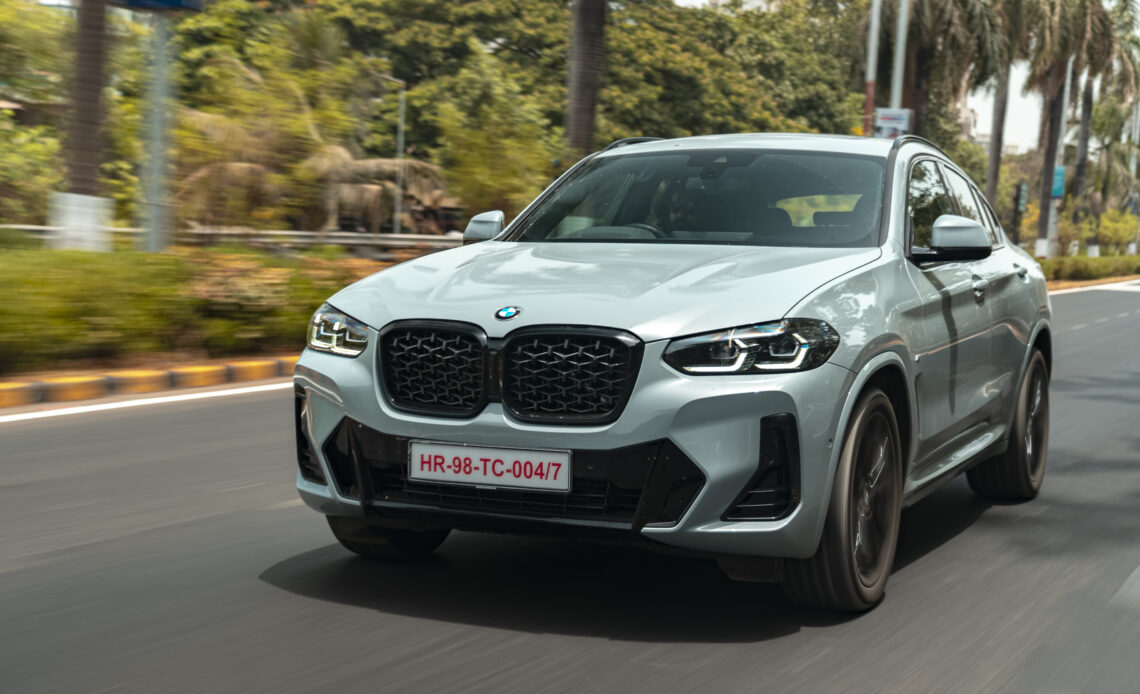 BMW has been on an update spree like most other manufacturers in the year 2022. This time around, it’s the X4’s turn to receive a stealthy yet worthy Shadow edition update, a limited edition! This vehicle is also offered in a standard edition, but the M Sport package amplifies the overall appeal as expected no matter which you choose. On a sunny afternoon, we drove a limited edition BMW X4 Shadow edition wrapped in a nardo grey suit, one of the best colours on automobiles. Rev along.

Launched back in 2014, BMW last updated the BMW X4 in 2019. This year, the BMW X4 gets an updated, versatile chassis shared with older and younger X siblings from the family. The shadow edition accentuates this car’s appearance with all black and nardo grey contrast. BMW equips the X4 in x30i or x30d configurations, both standard in the M Sport package. Visually, both are identical, with sharper fascia and slim M Sport BMW adaptive LED lights front and rear. While the X6 is the original SUV Coupe beauty, the X4 symbolises this design in the midsize SUV Coupe silhouette making it one of the most handsome SUVs for its asking price.

Standing on M Sport dual spoke M light run-flat 20-inch tyres and adaptive suspensions, the X4 looks stunning in proportion. Shadow edition masks all the chrome elements of the standard car in gloss and matte black combinations. First seen on the M4, the adaptive air intakes sit neatly behind the more proportionate BMW grille. Sharper angles make this update feel modern and apt for this year and the future. M Sport batches all around the car, red M Sport brake callipers and wider tyres with 245 section up front and 275 at rear heighten the car’s road presence compared to its predecessor. This time in sharp geometric shapes, the rear black diffuser and M Sport dual exhausts add a sense of sporty appeal to the overall X4 package. 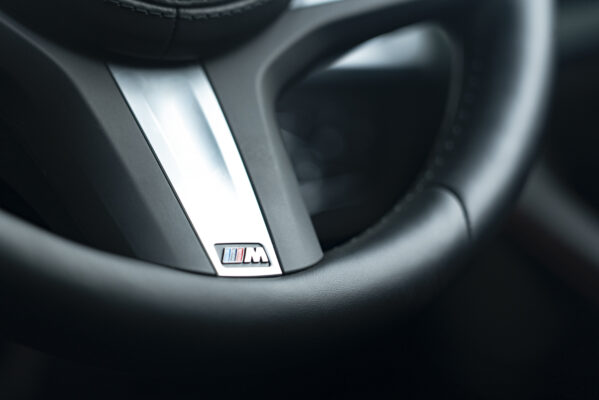 On the inside, our shadow edition featured all-black interiors with red stitching on good quality leather finishes and soft-touch leather on the dash, doors and centre consoles. Nothing much has changed since its last update in 2019, apart from the 12.3 BMW live cockpit touch infotainment system featuring wireless Android Auto, Apple CarPlay and gesture controls with M Sport animated dials to display gravitational acceleration, lean angles and more. M Sport three-spoke steering feels sturdy and acts sharp, making this SUV coupe feel more like a typical coupe than a midsize SUV. There are some misses, like the lack of wireless charging and 360-degree cameras, especially in a day and age when affordable cars are loaded with such sensors and more. The quality of leather and fit-finish levels are one of the best in the premium segment, and everything feels tactile. Being an SUV Coupe, the X4 packs a healthy electric-operated boot space of 525L with a space saver tyre.

The X4 is offered in twin-turbo combos of a 4-cylinder 252 bhp and 350 Nm petrol x30i engine, and our review (absolute) unit is provided in 6-cylinder 262 bhp and 620 Nm diesel x30d engine. BMW has got rid of other xDrive offerings. We test the better of the two – x30d, and its various drive modes include Eco, Eco Pro, Comfort, Comfort what-not, Sport and Sport Plus, with individual configurations for all settings. Truth be told, our dials were usually red with the Sport plus mode activated for most of our drive. What was surprising was the sheer opulent drive in comfort modes. The diesel engine is engineer-aged like a fine wine and feels refined, and the gearbox is smooth, mated to sophisticated NVH levels on a chassis developed for the X7! 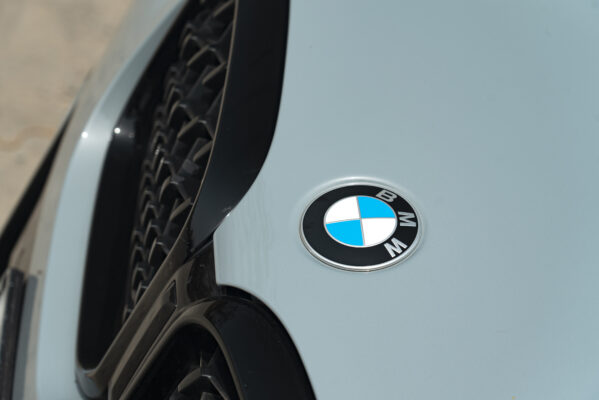 Despite the larger shoes with 20-inch wheels, the adaptive suspension, brilliant chassis with minimal to no body roll, refined diesel engine and class-leading NVH levels give the BMW X4 a duality. It can be calm in comfort modes, and when you are in the mood for some paddle shifting fun, this bimmer can surprise you. A 0-100kmph sprint is achievable in 5.8s! This car is quick, considering the size and volume. To put it in perspective, this midsize mammoth is almost as fast as the newly launched BMW i4, and that is an all-electric sedan! Different modes aside, this car can perform a wheel spin on ECO mode if demanded. SPORT plus modes aggrandise the power, steering feel, suspension feedback and overall responsiveness of the BMW X4. BMW M sport package amplifies this car’s appeal by many folds. In an era dominated by midsize SUVs, this brilliant SUV Coupe does not just stand out with its design but also its mean twin-turbo M spec power.

The BMW X4 does feel like an SUV in all its elements. Still, it drives like a sedan thanks to an enthusiastic engine coupled with a smooth 8-speed Steptronic transmission, sharp steering inputs and M sport black magic on the limited shadow edition. Interiors, too, are sumptuous and accommodating despite the M sport seats with ample lumbar support. The adaptive suspension has made a world of difference to the overall drive quality of the updated BMW X4. There is almost no body roll despite the sheer size of this SUV, and high-speed stability has to be one of the best ammunition in its arsenal, coupled with solid but progressive braking.

We drove spiritedly all day long in a limited Shadow edition BMW X4 x30d, and not many will be available in India. The black treatment on the exterior and interior with subtle M Sport badges makes the BMW X4 a handsome car. Newer details make the X4 look sharp and modern, ready to age with poise. Limited editions not just age with grace but sometimes appreciate with time. This beautiful monstrosity is a worthy set of wheels in your garage if you are tired of the ordinary-looking SUVs on our roads. Not only is it sporty in its drive appeal, but also composed in a way. BMW X4 has matured into a stunning midsize SUV Coupe update from BMW. 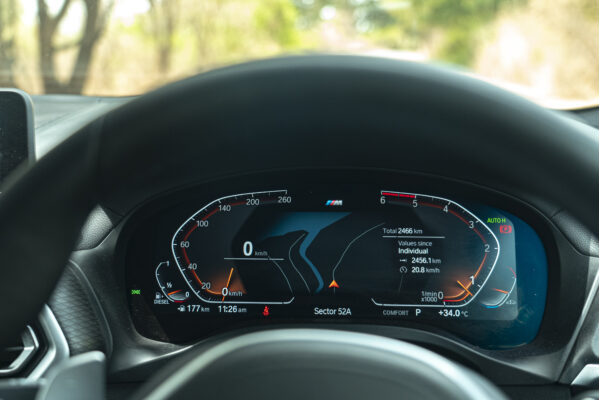