Things You Should Know About All-New Hyundai i20 N Line 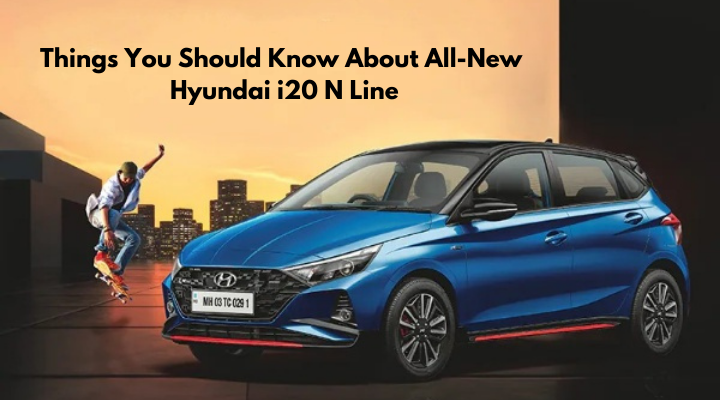 Premium hatchback offerings have reduced drastically in recent years, but the segment maintains its popularity among Indian consumers, and that’s why Hyundai Motors has come up with the i20 N Line. The original i20 was and still is one of the most popular hatchbacks in our country, but having a sportier and premium version of the i20 is a dream come true situation for many Indians looking for a small car with a premium design and features.

Hyundai has been enjoying success in the Indian car market for over two decades, and now the company is prepared to bring N Line products here, which it sells abroad. The N Line cars are equipped with styling and high-performance upgrades that set them apart from conventional vehicles. The company recently launched the much-anticipated i20 N Line car, the first hatchback from the N Line segment to be launched in India.

What does ‘N’ stand for? 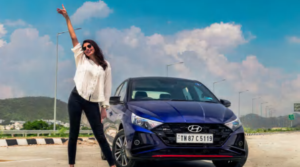 The company will launch more full-blown N performance cars in the future, but what does ‘N’ in the N Line stand for? The N represents Namyang, an R&D Center in South Korea, where Hyundai and Kia test many of their new vehicles. Hyundai Motors established the N segment in 2019 by resembling BMW’s M and Mercedes’ AMG segment. The sportier i20 N Line stands apart from the regular i20 with some light performance upgrades to areas like the brakes and suspension.

The all-new i20 N Line is going to be one of the most fun-to-drive cars in India with its 120hp, 172Nm, 1.0-litre Turbo GDi Petrol engine. The engine arrives with a 7-speed dual-clutch transmission (DCT) or a 6-Speed intelligent manual transmission (iMT). It may sound normal as the i20 N Line has the same engine we have heeded on the regular i20, but according to Hyundai, the i20 N Line can deliver 0–100 Kmph acceleration in just 9.9 seconds. Well, that sounds like a premium. 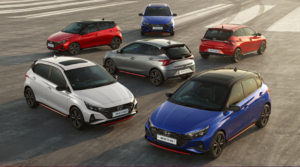 The company is offering a new i20 N Line in two variants, N6 and N8. Both the N Line trims come with a stiffer suspension, paddle shifters, rear disc brakes and has been claimed to have a fuel efficiency of 20 kmpl. The sportier car is available for sale in four monotone paint options, Thunder Blue, Fiery Red, Titan Grey, and Polar White and two dual-tone paint options, Thunder blue with Phantom black roof and Fiery red with Phantom black roof. 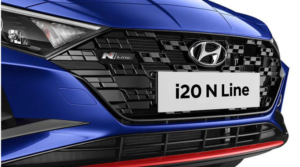 Hyundai has worked really hard on the new segment and that’s why they are advertising it boldly as a performance-oriented car. The new i20 N Line is all about styling and showing sportiness along with ample enhancements. The car has a sportier dual-tone bumper with red inserts. The front bumper of the i20 N Line features a revised all-black grille with a Chequered Flag inspired design that displays the N Line logo. 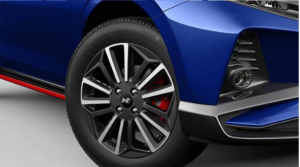 In profile, the car gets 16-inch diamond-cut alloy wheels with an N Logo that sets the car apart from the regular i20. The sportier car also features a side sill garnish with red front brake callipers. On the rear side, the car gets a newly designed bumper along with a roof spoiler with side wings finished in black. It gets a triangular rear fog lamp and the N Line emblem on the tailgate. 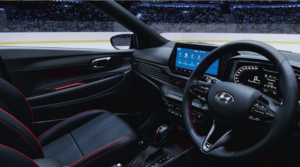 On the inside, the i20 N Line gets black interiors with athletic red inserts and Chequered Flag design leatherette seats with N Logo, sporty metal pedals, red interior highlights embedded with the ‘N Line’ branding on the air vents, door handles and gear lever, red ambient lights, a bespoke 3-spoke steering wheel and an N-branded iMT/DCT gear knob. The overall dashboard layout is very identical to the standard car, but all these things make the i20 N Line a little different from the regular i20. 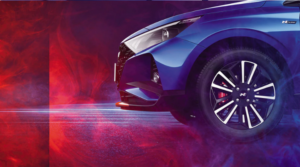 The original i20 already comes loaded with a lot of features and apart from those, the new i20 N Line gets an extra Sports Mode button and a sportier instrument cluster. The car also gets a 10.25-inch touchscreen infotainment system with Apple CarPlay and Android Auto, wireless charging, digital instrument cluster, automatic climate control, a single-pane sunroof, air purifier, connected car technology and a 7-speaker Bose sound system. The car additionally gets new voice recognition functions along with an updated Bluelink app, and for safety, it offers 6 airbags. Overall, the N Line gets only cosmetic changes and doesn’t get engineering alterations of the proper N series, which might piss some of the buyers.

The hot hatch starts at a price of ₹9.84 lakh (ex-showroom) and stretches all the way to ₹11.75 lakh (ex-showroom). If you’re looking for a sportier-looking car with a few mechanical upgrades to the suspension and steering, better-appointed interiors and better safety, then, of course, go for i20 N Line; it is one of the best premium hatchbacks available in the market.