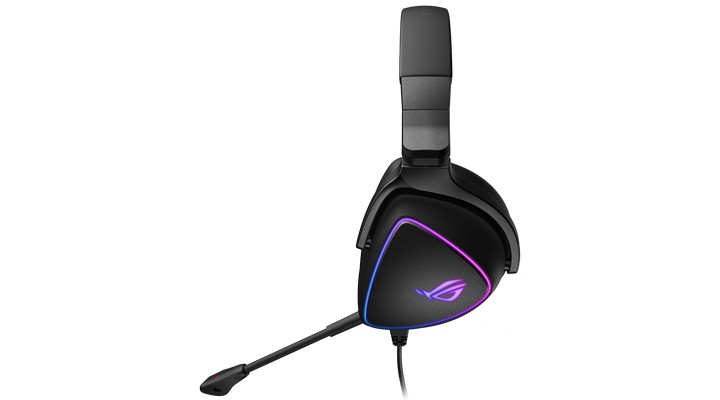 If you are confused about the reason behind this headline, I was in the same place a while ago. Taiwanese technology giant ASUS’s gaming division, Republic of Gamers (ROG) used this term to describe the quality of its latest gaming headset, the Delta S. It is supposed to be a considerable upgrade over its predecessor, the already excellent ROG Delta. But is it a significant upgrade or just an aesthetic makeover? I got a chance to confirm that.

If you were to glance across the room at a person wearing the Delta S, you’d be forgiven if you thought it was its predecessor, the Delta. Aesthetically, apart from a few subtle updates to differentiate the newer model, the Delta and the Delta S are practically identical. However, there has been a considerable weight loss during the upgrade, with the Delta S now weighing just 300 grams. The headband has also been slimmed down but has apparently been made more durable.

While the Delta S is an update over the Delta, there are a few shortcomings. The default PU earcups have been updated with a cross-hatched texture, but the clamping force has somewhat lessened. This not only causes the bass to leak considerably but also has reduced the passive sound isolation.

Along with that, the RGB lighting has also gotten a modern touch. It is still as bright and seamless as the previous generation, but now gets an added “Soundwave” mode, which can be accessed via the lighting toggle switch on the left earcup. This Soundwave mode allows the RBG lighting to sync with your voice (if the mic is plugged in) or with the on-going soundtrack and flash according to the volume.

The highlight of the headphones (and the possible reason for their name) is the triangular ear cups (Triangle is called Delta in Greek), which offer a snugger and more comfortable fit as compared to conventional round ones. The headphones are quite light and easy to wear and even extensive usage won’t cause too much discomfort. However, what is uncomfortable are the body-mounted volume controls. It is a rocker that doubles as a mute button, which can get quite irritating sometimes if you wish to adjust the volume in the middle of intense gameplay. It is not intuitive to handle and it took me some time to get used to, during which I was mostly unhappy with the volume control.

Above the volume control rocker is the lighting toggle switch. As mentioned above, it gets a new notch for the Soundwave mode that allows you to change the RGB lighting pattern on the go. The mic is the same AI noise-cancelling detachable unit as before and can be attached to the headphones via a 3.5mm audio jack. It does a splendid job of keeping the unwanted noise out and even has an LED indicator to tell you if you are muted. Funnily enough, I attached the mic to the 3.5mm jack on my phone and my phone detected its input! A rather fancy way of connecting an external microphone to your smartphone, don’t you think? 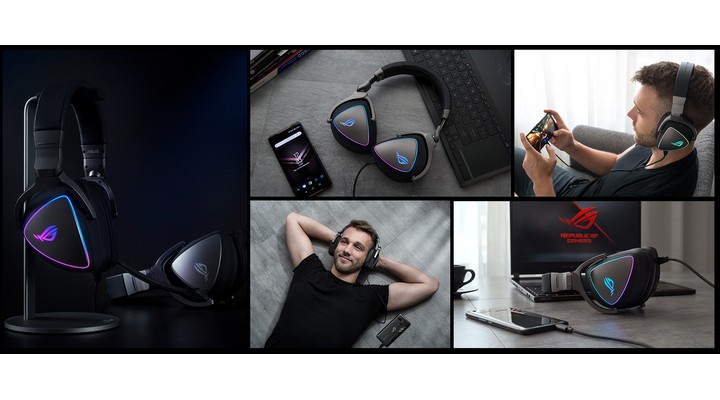 ROG has emphasized significantly on the Delta S being the bearer of an award-winning audio technology called “Master Quality Authenticated” or MQA. It can connect to an MQA core signal on global streaming services and unfold a whole new level of audio quality. Long story short and to keep it simple, MP3 files are usually compressed to reduce their file size, which makes the song lose most of its finer elements. With MQA, the user is able to access the original file quality of the song or soundtrack and enjoy all its elements to the fullest.

However, the file size remains compact, meaning you won’t have to worry about filling up your storage after a few songs.
Confusing, right? Well, the important part is that MQA is supposed to let you enjoy “higher than CD-quality” audio on any device. When paired with an MQA decoder like the one in the ROG Delta S, the original master recording is revealed.

Honestly, there is hardly anybody who would feel a noticeable difference by the presence of MQA. For most, an immersive aural experience is satisfactory enough, regardless of the technical intricacies. Stress your ears long enough and you might begin to notice some difference (Like I did), but at that point, you’d begin to wonder if you really feel it or it is purely psychological (Like I did!). It might be a revolutionary update for ardent audio enthusiasts, but for the average gamer like me, it is just a reason to increase the price point.

Should you buy it?

There is no denying that the ROG Delta S is a masterpiece when it comes to gaming audio. However, the primary point of the Delta S being costlier than the Delta is the addition of the MQA. Now, the Delta is priced well above Rs 15,000 which implies that the Delta S will be priced even higher. Apart from that, there is no significant reason to choose the Delta S over the standard Delta. Regardless of the choice, going for a ROG Delta headset ensures that you are treated to some of the best gaming gear available in the market!