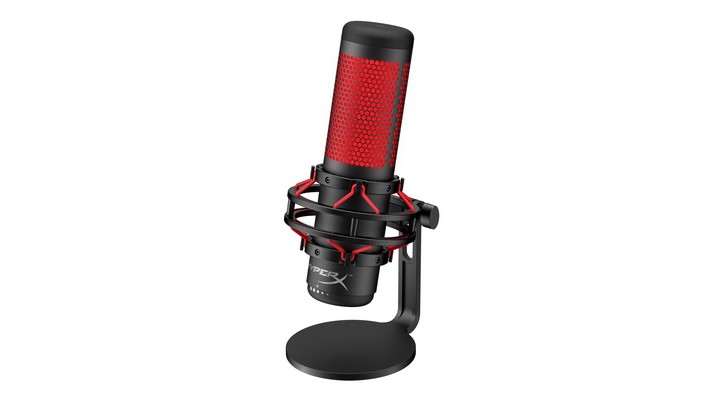 HyperX which is Kingston’s sub-brand is known for making high-end gaming gear. They have already announced many exciting products in CES 2020. However, there is one interesting thing that the company has launched recently and it is the HyperX QuadCast Gaming Microphone. How does it perform in the real world, let’s find out?

How does HyperX QuadCast look?

For connectivity, it comes with a mini-USB port (wish it was a type-C instead)  and a 3.5mm headphone jack. It can be connected to a PC, laptop or a gaming console and works on macOS, Windows and PS4 platforms too. A high-quality 1.5m long braided wire for connecting the microphone is also supplied in the box. It rests on an aluminium frame with braised elastic bands which keep it suspended and free from shock noises. The base of the microphone has the voice gain adjuster while at the back you will notice a knob with four preset polar settings for the mic.  In simple words, it offers four different modes which can be used to record audio in various situations. It supports four different types of audio recordings, such as cardioid, bidirectional, stereo, and omnidirectional.

How does perform HyperX QuadCast?

Should You Buy HyperX QuadCast?