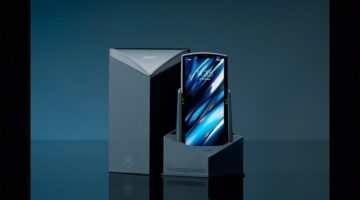 Technology’s deep impact in human lives means we are very dependent on technology for our day to day lives. As much as humans, technology is rapidly evolving and taking the best shape around us humans. The biggest part of technology in our lives is perhaps our smartphone, which enables us to a lot more and provides access to all sorts of information and data right at the fingertips.

Smartphones have been catching up on all the technology trends and the latest is, of course, folding screens. Flexible folding screens have received a lot of interest both among technology enthusiasts and consumers alike. However, the implementation of folding screens is challenging in itself. Smartphone manufacturers have been using different mechanisms, form factors and materials to reach the destination fold.

Motorola is the name everyone has heard of. They were some of the early pioneers of the mobile world and came up with a lot of interesting phones during the early days out of which a folding phone which snaps into half in the middle was the most preferred way of people’s expression. Again folding feature phones just like any other commodity was being offered by most of the phone companies, Motorola created their iconic Razr phone which was an immediate success. The Motorola Razr of the yesteryear was a uniquely designed phone with its distinct ‘clamshell’ like the design. Its design featured a chin which housed some of the components of the phone as well as giving its iconic look. Motorola did bring out many iterations of the Razr phone and with time, the design just got better and better. It was so slim even after folding, it stood true to its ‘Razr’ name till the time exciting feature phones were murdered with the arrival of the touchscreen, Android and iOS devices.

Early 2020 the Motorola Razr was already on sale in the international markets and in India, we had to wait a bit longer to have our hands on the device. Amidst the COVID-19 pandemic that has shaken the world to its core, Motorola finally made an official announcement of the Razr in India. As the case would be, we got out hands on the retail unit of the Razr and here is what we think about it.

The design inspiration comes from the original Moto Razr which featured a folding clamshell-like design and was pretty slim in its form, even when folded down. The folding design was so much on the point that one could flip out and flip-close the phone with just one hand. The thin cross-section of the phone led its name to be ‘Razr’ comparing its razor-thin body. The Razr was a particular hit of the time. Motorola did launch other folding handsets but out new devices coming in folding phones lost their charm.

Design-wise, it’s a success. The hinge mechanism works perfectly. When folding/unfolding the phone a tiny gap can be seen but it is interesting to see the display sink inside for a complete fold. You can still feel the middle crease on the display which slightly dips exactly where the folding happens. However, it is to be mentioned that flipping the phone open and close with one hand is a bit of a tricky job, especially if you have smaller hands. The chin portion of the Razr is fat but designed neatly. You will find a USB-C type port at the bottom along with the speakers. Motorola says that they have used the chin area as a resonance chamber for the speaker. However, you cannot differentiate that from the sound. The chin also has the fingerprint scanner and does a good job of unlocking the phone very swiftly. Sadly, the tight fitted design means you have no memory card slot, not even a physical sim which means you have to configure an e-sim to use on the Razr. Motorola has packed 128GB of onboard storage on the Razr. 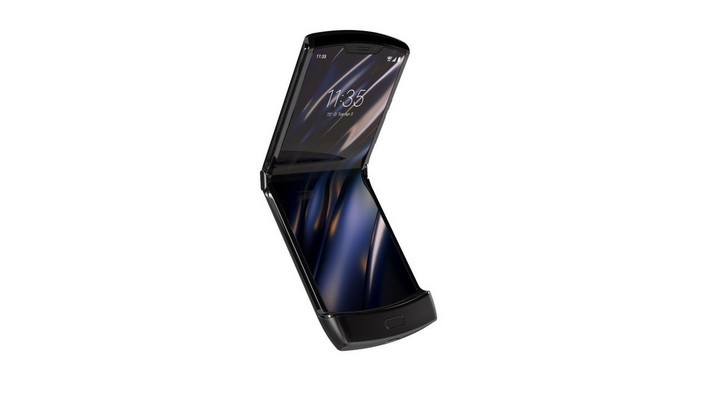 Sadly a lot of perks have been trimmed down like a 3.5mm headphone jack or a micro-sd slot to make things neat and tightly packed which otherwise is a folding phone in itself. The secondary display is a 2.7-inch OLED mini screen while the primary display is an HD+ 6.2-inch POLD display. The display is a flexible one and you feel the not so firm display when using it.

The main camera on the Motorola Razr is a 16-megapixel unit while the front has a 5-megapixel selfie snapper. When in a folded position, the main camera can also be used as a selfie camera which turns the mini screen as a viewfinder.

Specifications of the Razr are not going to throw you off your seat. Yes, it is less powerful when compared to the pricier flagship devices. It is powered by a Snapdragon 710 processor which is paired with 6 GB of RAM. Storage options are limited to 128GB. The battery on the device is 2510 mAh which is almost half of some of the budget range devices.

The phone does not feel slow or laggy at any point. The hardware is very neatly integrated with the OS to offer a seamless experience. It ships with Android Pie out of the box but we believe Motorola to be quick in sharing the latest OS and updates providing the user with a very neat experience.

Gaming on the Motor Razr was not bad either. While this is not a phone which you would want to game on. Titles like PUBG, Call Of Duty and Asphalt 9 Legends run smooth with any issues. The gaming experience might not be of like most of the users because of its unusual form-factor.

Viewing content and consuming media is, however, pleasing with the nice and bright display. The overall performance of the Motorola Razr is rather smooth. What majorly concerns heavy users is battery life. With a tiny 2150 mAh battery inside you will see the charging points too often. An 18W Turbocharger comes in the box and it does a good job of charging the phone faster.

Last but not least, the retail box also offers a case which contains the accessories. The case is very similar to goggle cases and has a brained USB-C cable, paperwork and a USB-C type wired headset which is in association with Denon. The retail box itself has been designed to work in conjunction with the down-firing speaker of the Razr. When placed on the box, the sound resonates in the hollow box to make it sound like a mini boombox.

A final say on the new Motorola Razr is quite difficult. It is a beautifully designed device which seems a lot more promising in hands than in pictures and videos. However, it does not offer everything that a power user would look for, especially when it costs Rs. 1,24,990 which is surely expensive. So here are a few points on why you should or should not buy the Razr.

Buy the Razr if

You love cutting-edge technology and rather buy a good looking phone which is sure to turn heads around. It is slimmer and smaller than the Galaxy Fold. The Razr is a throwback which is reminiscent of its past.

You like small phones and do not like carrying hefty big smartphones. You could also have smaller hands and are more comfortable with a smaller than average phone. However, when folded, the Razr’s thickness is more than conventional smartphones.

If you like Flip phones; Flip phones have lived their days of popularity and now with technology moving ahead fast, trends which are long gone are catching up at a rapid pace. As folding screens are no longer a technical challenge, it is right for smartphones to fold. The Razr is all about the style.

Do not buy the Razr if

You want high performance, go look elsewhere. There are many phones which will cost you a fraction of the Razr but deliver a higher performance and battery life. You also miss out on a higher refresh display which is the latest trend among smartphones.

You want a big battery life to support your heavy usage. It is quite a bit of sacrifice of performance for style. You will find double the capacity on some phones in just a part of the price of the Razr.

You want a great camera and are actively engaged in phone photography. At Least with four-cameras on offer on most handsets now, the single-camera setup on the Razr is no match. The Razr does take good images but as it is the case with cameras, you would want something more substantial.