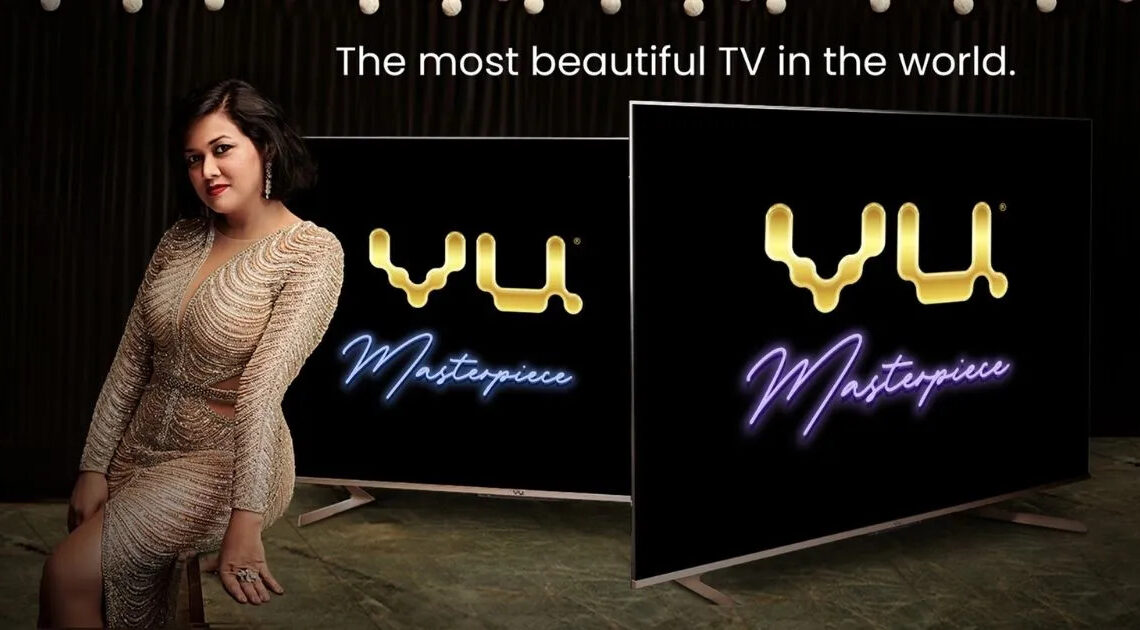 Devita Saraf, Chairman and CEO, Vu Group, at the best TV launch of 2022, said, “Vu Televisions launches the Vu Masterpiece Glo QLED and this TV is the ultimate showcase of how Vu has blended every aspect of luxury in technology – from Quality, Innovation, Design, Technology, Software, Hardware, Customer Experience and more”. She further added on the inspiration behind the TV saying, “In this universe of NFTs and Metaverse, art is also becoming digital and you require a platform that really showcases it in a mesmerizing manner and for that what you need is a Masterpiece. This isn’t just a TV, this is the Vu Masterpiece Glo QLED!”

Vu Televisions is the first and only brand in India to be associated with an alliance of Top Hollywood Directors like Martin Scorsese and Christopher Nolan to enable Filmmaker Mode in the TV. The Vu Masterpiece Glo QLED TV with the Filmmaker Mode shows content exactly in the vision that the director created. In most large or small screens, there are a lot of overlays and filters that are added, which take away the essence of how it was intended to be shown by the directors and Filmmaker mode ensures the content reproduction is true to format, colours and effects it was shot in.

The Vu Masterpiece Glo QLED TV has 800 nits of brightness with Full Array Local Dimming and is the only QLED with a 120 Hz screen refresh rate. For the surround sound experience, Vu has created the World’s first Built-in 100W Sleek Armani Gold 4.1 Sound System with Sub-woofers that bring a home theatre effect without cluttering your space. Most importantly, what matters in a high-end TV is the type of content you want to play on it.

With the successful innovations by Vu like the AI Mode, the Cricket Mode and the Cinema Mode, The Vu Masterpiece Glo QLED is now the first television that has Spotify, and with a click on the remote, it will play your playlist, and your TV goes from being from theatre to a DJ in like a minute! The Vu Masterpiece Glo QLED comes with advanced GPUs with a Quad-Core Processor and 3GB RAM, and 16GB storage, making it the perfect TV for Gaming.

The Vu Masterpiece Glo QLED is crafted in Armani Gold Premium Aluminum Alloy with a bezel-less display and complimenting metal stands with the same sleek design and precision that used in luxury cars and watches, which makes it a true Masterpiece even when you look at it. Additionally, the TV is equipped with a Built-in Far-Field Array Microphone for Hands-free voice search, which enables the user to command the TV with searches like Show the Movie, Fast forward, Increase the volume, change the input and many more.

Vu Televisions has been the experts in television for over a decade and have their R&D where the product is built from scratch to masterpiece considering that the content will be played on a big screen which has a real estate of 140 mobile phones and makes sure that every corner of the television is able to showcase the perfect picture quality suitable for every viewing angle. To enable this, Vu has created the FractalVu technology. FractalVu is inspired by the naturally occurring pattern called fractals.

Something as simple as a leaf and look at it under a microscope you see a smaller version of the same leaf, and the pattern repeats itself to infinity. Learning from how nature creates detail, Vu took this idea and built a screen mosaic of multiple micro screens, each with its fractal intelligence in which the blacks look deeper, and colours look truer. The brand had launched the Vu Masterpiece 85″ QLED in 2020 and is the highest selling 85″ TV in India. The Vu Masterpiece Glo QLED will be available on Amazon and Vustore.com at Rs. 74,999 for 55-inch, Rs. 99,999 for the 65inch and Rs. 179,999 for the 75-inch.