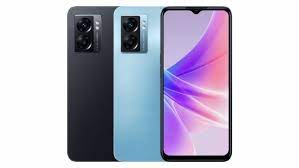 OPPO has expanded its affordable A-series smartphones with the launch of OPPO A77 4G in India. This mid-range smartphone has a 6.56-inch IPS LCD, Helio G35, and a 50MP main camera.  Oppo launched its A77 5G in June, which features a Dimensity 810 chipset and 90Hz refresh rate screen.

The phone is IP5X dust resistant and IPX4 water resistant. MediaTek’s Helio G35 sits at the helm, aided by 4GB RAM, while storage comes in at 64GB and is expandable via the microSD card slot. The smartphone houses a 5,000mAh battery with 33W charging support. It is based on the company’s own ColorOS and runs on Android 12.

OPPO A77 4G sports a dual rear camera setup with a 48 MP main sensor and a 2MP secondary camera. You have an 8MP selfie shooter on the front with an f/2.0 aperture. You can also shoot 1080p videos at 30fps.

The Oppo A77 is priced at Rs 15,499 for the sole 4GB RAM + 64GB storage variant and can be purchased from the OPPO online website or other authorised stores.