A Nuclear Submarine is not Actually Nuclear 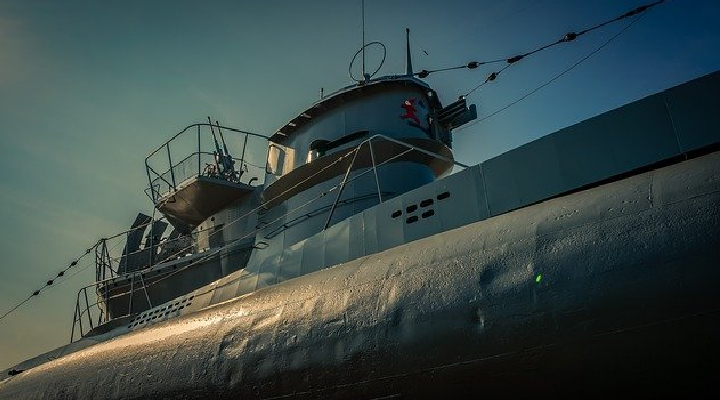 The former PM Atal Bihari Vajpayee was right about one thing, “We can change our friends but not our neighbours”. The international system is all about making alliances and breaking it. Post COVID-19 pandemic is anchoring a new international order where small alliances are getting created. Recently, when the US, UK, and Australia came with the concept of AUKUS, France declared that it would form a new multilateral order with India. With AUKUS came the very first declaration that Australia would have a nuclear submarine. Let’s know more about this nuclear submarine defence technology and whether India has such acumen or not from this piece.

What is a Nuclear Submarine?

Nuclear submarines, or precisely nuclear-powered submarines, run using a miniature nuclear reactor instead of diesel or other snorkel engines. Such nuclear reactors have generally enriched Uranium as a fuel. Another question: What is enriched Uranium? Well, let’s go back to class XII and unfold the chapters from the Modern Physics chapter. Normally, Uranium exists in two isotopes: U-238 and U-235. Now, U-238 is the one that is available in abundance (around 99.3%). But, to run a nuclear reactor present in a submarine demands 50% U-235 as content. A big figure? Not for the scientists. Well, some dedicated scientists do that by transforming this U-238 to the 235 isotope form using gas diffusion or laser isotope separation.

Traits of a Nuclear Submarine

Does India possess this technology?

The answer is yes. Yes, India is one of those six countries that possess this technology apart from France, China, the US, the UK, and Russia. As of now, India has 15 conventional submarines and one nuclear submarine. Stop. Some of the defence specialists will say that what I am writing for nuclear submarines is wrong. No, sir and ma’am, it is true. India had two nuclear submarines – INS Chakra and Arihant. Russia actually leased INS Chakra to India for some time which has been returned. Currently, India has an indigenously built INS Arihant that is nuclear-powered.

Nuclear submarines are actually not nuclear. However, they upgrade your navy in terms of enhancing the features. With this latest development, Australia will become the 7th country to possess this technology.