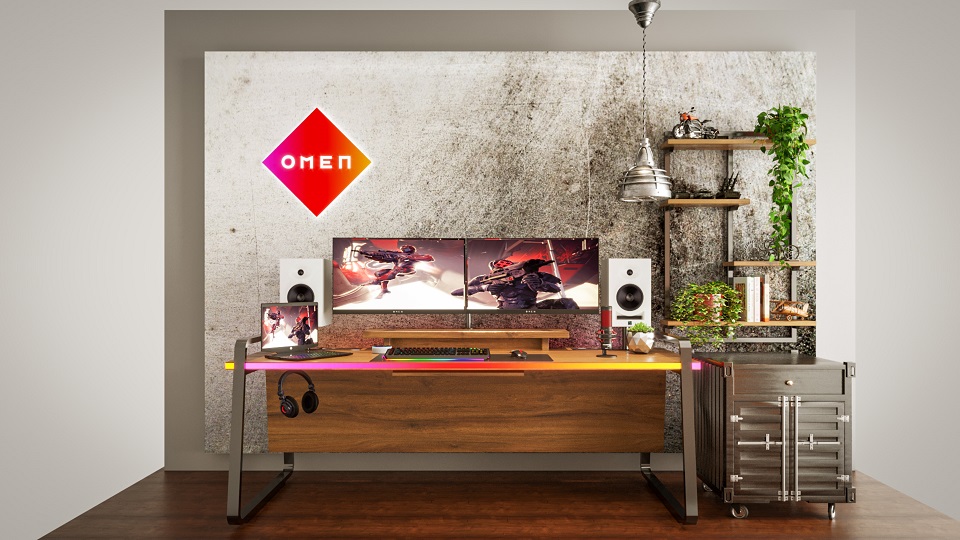 HP India today announced the inaugural ‘esports Gold Quest’ scholarships at the OMEN FanFest 2020, in support of the rise of PC Gaming culture in India. The ‘esports Gold Quest” scholarship is a program that will provide gamers with the necessary financial support, equipment, skills, and exposure to help them in their quest to compete on the global stage and become future esports stars.

With esports becoming a global phenomenon, HP recognizes the need to provide Indian talent with the right set of tools and guidance to compete at the world stage and bring the country its recognition in esports. The esports Gold Quest scholarships will select three applicants and will offer them an annual scholarship worth Rs 12 lacs each, which will include a full esports kit from OMEN, a monthly salary of 50k and an international training stint.

The scholarship will be open to Indian applicants in the 16 – 20-year age group. The nationwide talent hunt program for selection will roll out in Jan 2021 with final selections in June 2021.

With gaming breaking down boundaries and merging seamlessly with popular culture, a platform was needed to showcase its rise. The OMEN FanFest accomplishes this by bringing together influential figures in the world of esports, contemporary culture and gaming enthusiasts on a common stage, and celebrates PC gaming in a manner never seen before.

Ketan Patel – Managing Director, HP India Market said, “Gaming and esports are among the fastest-growing competitive pursuits in India and globally. It is a stage on which Indian talent has the potential to compete with the best in the globe. As a market leader, we are working towards making the gaming ecosystem more inclusive for everyone, fueling the passion for gaming, and providing a launchpad for budding esports talent in the country. The scholarship program announced today is in line with our philosophy of ‘Play to Progress’ and we hope to see champions at the world stage from India soon.”

As a confluence of gaming and popular culture, the OMEN FanFest will bring together some of the biggest names in the world of esports and entertainment. These include Tirth Mehta, India’s first esports medalist; Ulrich Schulze, SVP, Product  Management at ESL; Akshat Rathee, MD & Founder, NODWIN gaming, Abish Mathew- Standup Comic and other enthusiast gamers among many more.

The OMEN FanFest will also feature a contest that will offer participants the chance to become the fifth member of the HP OMEN Squad – which brings together people of diverse origins with one unifying goal to merge gaming with mainstream culture. Current members of the OMEN Squad include esports pro gamer Hellranger, professional live streamer Manasvini, gamer and content creator Ocean Sharma and stand-up comic Abish Mathew.

To further enhance the gaming ecosystem, HP is also announcing the ‘OMEN Crib’ – an entire gaming setup designed for the ultimate gameplay experience. The OMEN Crib comprises a dual monitor desk, keyboard, headset, mouse, mousepad, speakers and the OMEN gaming chair – all in a minimalist but stylish package.

Gamers stand a chance to win one OMEN Crib every week through a contest all through December exclusively on Flipkart.

The OMEN FanFest follows the recent unveiling of the brand-new range of OMEN laptops and accessories, updates to OMEN Command Center, and the HP Pavilion gaming 16. The OMEN range offers “First of its kind” hardware technologies in the industry enabling Gameplay experience to the next level and offers unmatched power without any compromise. OMEN and Pavilion PCs, and accessories provide an immersive experience to the gamers helping them stay connected, relaxed, and entertained while at home.