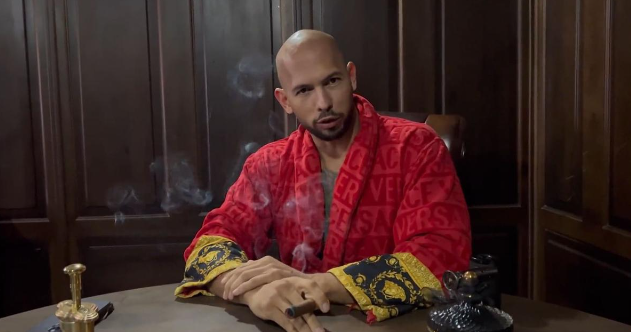 The internet is full of controversial personalities gaining a platform to voice their opinions and forming a great fan following. it was only a few weeks back when fitness influencer ‘Liver King’ admitted using steroids all while building a $100 million empire propagating against the use of steroids and eating raw meat.  On the other hand, Logan Paul’s CryptoZoo NFT Game was exposed to be a ‘total scam’ by YouTuber CoffeeZilla. Now, another social media personality who garnered a massive following for his controversial and misogynistic takes, Andrew Tate, has been taken into custody by Romanian authorities for an alleged human trafficking case.

British social media influencer Andrew Tate was detained in Romania on Friday in a human trafficking and rape investigation. This development came only a day after he and climate activist Greta Thunberg got into a social media beef. Tate, a former kickboxer and his brother Tristan Tate were detained. Reports suggest that the Tate brothers have been under criminal investigation since back in April for being linked with an organised crime group.

yes, please do enlighten me. email me at smalldickenergy@getalife.com https://t.co/V8geeVvEvg

Tate is famously known to flex his cars and mansions on social media asking his naysayers ‘How Many Bugattis Do You Own?’ which quickly became a rage among his fans. During his social media feud with Greta Thunberg, Tate was flexing the number of cars he has and received a witty reply from Thunberg. In a response to Thunberg’s reply, Tate posted a video where he could be seen receiving pizza boxes and smoking a cigar. Interestingly, the pizza boxes shown in the video became a vital hint for Romanian authorities to grab Tate as they had the Pizza chain’s address on them which was in Romania. To sum it all up, Andrew Tate doxed himself on the internet while trying to shit-talk a 19-year-old and was taken into custody!

Andrew Tate’s audience is what is popularly known on the internet as the ‘Alpha Male’ community that looks down upon women. Tate caters to a large group of incel men who believe women are below them and should be of service to them. In his videos, the former kickboxer often talks about domestic abuse and how men should ‘control’ women. Several domestic abuse charities have come forward and stated that his videos are capable of radicalising his audience which consists of young men and boys. If anything else, his radical narrative against women is enough for him to be kept away from social media altogether.