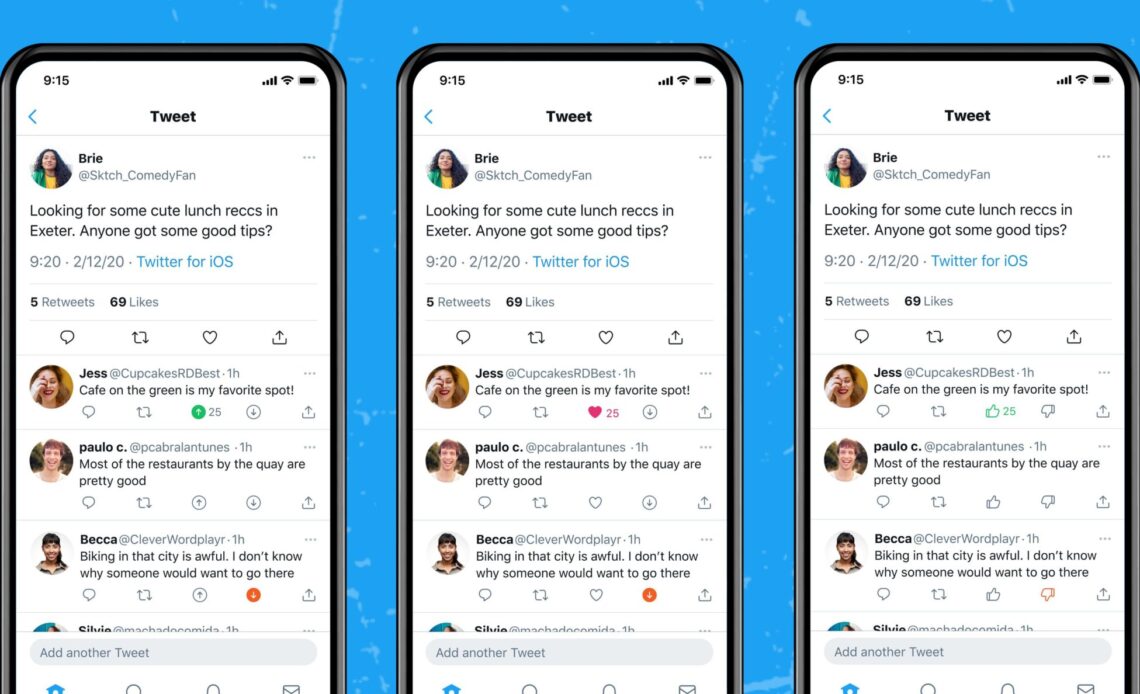 Twitter’s Chief Product Officer Kayvon Keykpour, last year confirmed that Twitter is ‘exploring’ the idea of adding a dislike button to the app. The social media app is now working on adding a new upvote and downvote reactions to tweets.
The company confirmed that it is testing the feature for a small group of iOS users through a tweet. Twitter said that the new feature might be available to the users in several different styles(up and down arrows, a heart icon, and thumbs up and thumbs down icons). The app is testing the feature to ‘understand the types of replies you find relevant in a convo, so we can work on ways to show more of them.’ 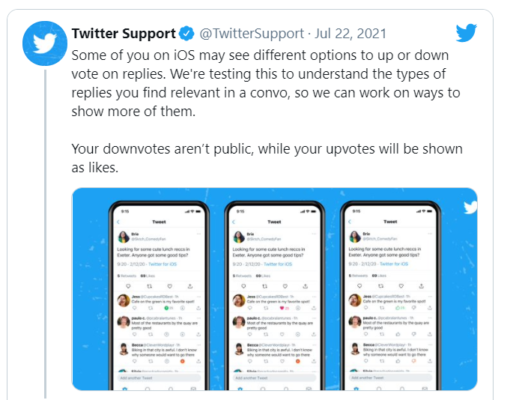 However, downvotes will not be shown publicly, and the upvotes will be displayed as likes since the feature is intended only for internal metrics.
Twitter has clarified that the feature is just for research purposes and hasn’t finalised rolling it out yet. The company hasn’t yet defined how voting will affect what you see in your feed since the feature can draw parallels to Reddit. Upvoting or downvoting on Reddit is a way of surfacing a Redditor’s favourite replies, responses or posts.
Many users have noticed this similarity, including Reddit itself, who tweeted this in response: 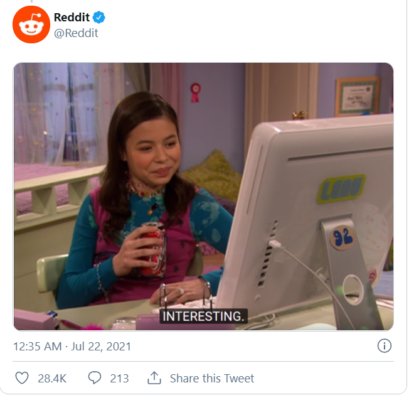 Twitter has also recently announced that it is testing a new set of features for TweetDeck. The company is revamping its often-ignored dashboard with updates such as a full tweet composer, new advanced search features, new column types, and a new way to group columns into new workspaces.
This feature is being tested with a few US, Canada, and Australia users. The social media giant is consistently working upon bringing new and desirable changes to its app so more and more users can connect conveniently.
Of course, the application of these features will depend upon the reviews that Twitter gets during the research process.
Share:
exhibit Exhibit Tech Magazine Social Media social media news social media online Social Media Update social media update 2021 Tech News Tech Update tech updates twitter twitter 2021 twitter udpate twitter updates
374
Share: