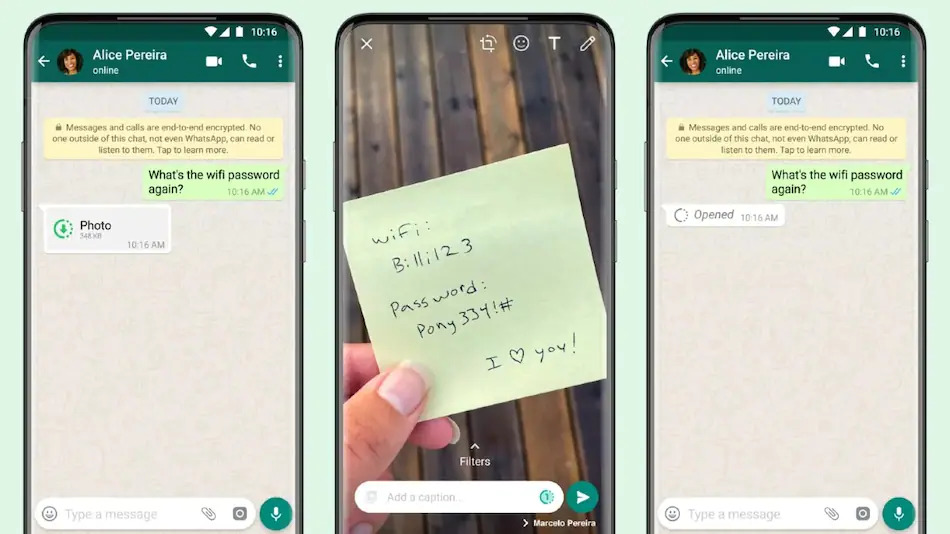 Messaging app Whatsapp has recently rolled out a ‘View Once’ feature that deletes photos or videos from the app once the recipient has opened them.

You can make the photo or video to deliver on ‘view once’ by tapping the ‘1’ button to the left of the send button. It will get deleted once the recipient has opened it. However, the recipient will see if it’s a regular photo/video or a disappearing one.

The message will be shown as opened once the content has been viewed.

In June, Mark Zuckerberg confirmed that this feature would be coming on Whatsapp, although the details were very scarce about the same.

In a blog post, Whatsapp has warned about using this feature only with people you trust not to take a screenshot. The app won’t notify you if someone takes a screenshot.

Moreover, the media content sent using the ‘view once’ feature will no longer be visible in the chat where it was sent once the recipient exits the media viewer. The content will also not be saved on the recipient’s gallery, and they won’t forward it through the app. Also, the content will expire from the chat if it’s not opened within 14 days.

Key Features of View Once

“As with all the personal messages you send on Whatsapp, View Once media is protected by end-to-end encryption, so Whatsapp cannot see them. They will also be marked with a new ‘one-time’ icon.”