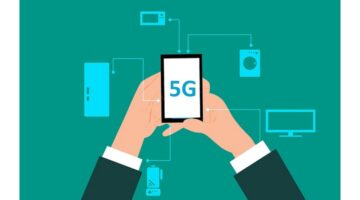 It is about time India gets into the 5G race, similar when 2G, 3G and 4G had arrived. With the arrival of 5G, it would enable massive commercial deployment of technologies like IoT, AI, AR/VR, RPA etc which would facilitate use across many industries like automotive, media and entertainment, healthcare, retail, manufacturing and agriculture to name a few.

Not only this, but 5G implementation would also have major applications in Smart Cities which ultimately would spread the use of IoT applications.
The rollout of 5G in India is expected to create an economic impact of 1 trillion USD in India by 2035.

With new connected devices being launched, it would require the existing wireless infrastructure to be enhanced as well as an advanced operating model of operating 5G networks in India.

While 5G will require a huge level of transformation, the Indian mobile network operators will need to form skills, competence and operating models, as well as an entirely new ecosystem, has to be developed for the implementation.

In recent times, service providers are facing massive challenges and huge debts due to crashing markets, delayed payments to DoT, crashing rupee and rising oil prices along with a cut-throat competition among the telcos. Right now only JIO, Airtel, BSNL and Vodafone Idea are the active operators India who are fighting hard for survival. While Vodafone merged with Idea to save themselves, Airtel is having a hard time keeping up. BSNL and MTNL are on the verge of being dissolved and Vodafone is also contemplating to quit the Indian market.

This has made credit acquisition difficult for the telcos as banks are no longer offering loans to the bootstrapped companies leading to more losses and exiting from telecom business. It is calculated that an approximate amount of 60-70 billion US dollars will be required to seamlessly implement 5G network infrastructure in India.

While the industry is gearing towards providing the service platform, delivery model and logistics support, it has to be seen if the government is truly interested in an upgrade to 5G soon as it has to go about 5G spectrum auctions which will allow them to raise finances for improving the infrastructure.

The telecom ministry has to take bold steps to improve the financial condition of the service providers. Last but not least, will the consumer demand be enough to justify these huge investments?

These are some real issues which have to be addressed before India can experience 5G rollout. In fact, these real issues and their solutions will determine if India would be running 5G in the years to come.