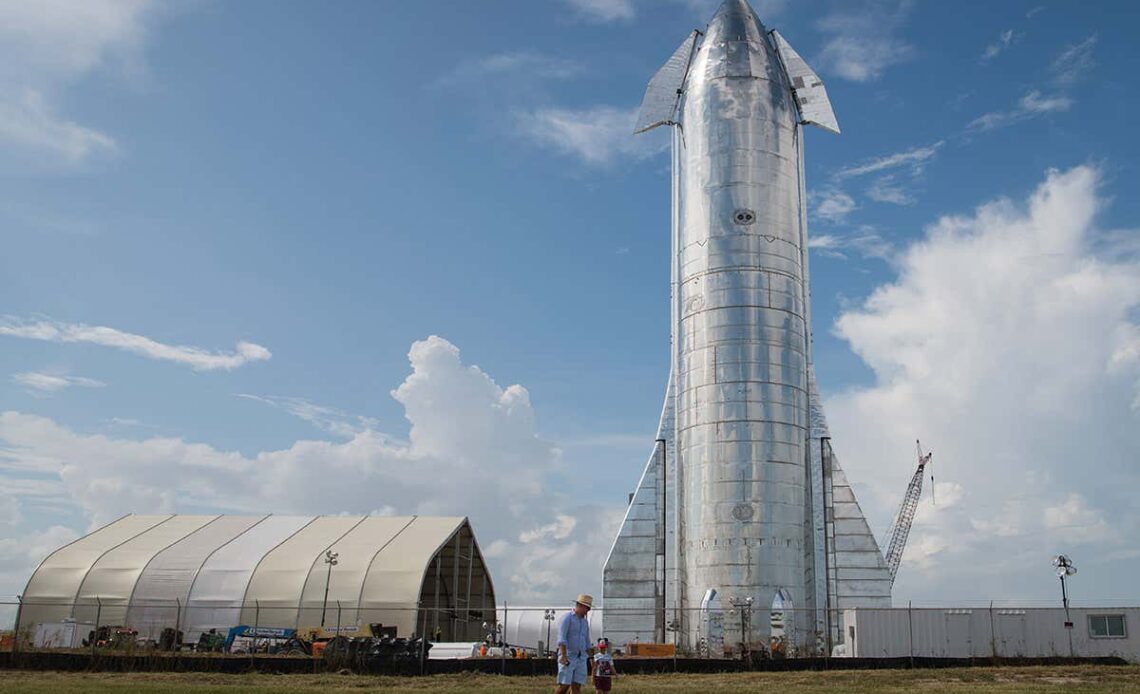 Despite technological advances, we as human species have managed to travel only a little over 4 lakh kilometres to the dark side of our moon. Why have we not explored further? The answer is simple – The lack of powerful rockets capable of transporting humans and their bare necessities any further. We’ve been sling shooting satellites beyond immeasurable distances across our solar system’s circumference for years at this moment in time. Speaking of which, Elon Musk, his SpaceX organisation and their latest Starship in its third iteration powered by innovative new boosters might just be the tools required to make the human species an interplanetary species.

Elon Musk and SpaceX showcased their new plans with their newest Starship in Texas on 10th February 2022. This new Starship is 50m in height/length, 9m in diameter, has a propellant capacity of 1200t with a thrust capacity of 1500tf and a loading capacity of 100-150t based on the orbit trajectory. The Starship is SpaceX’s main vessel that shall transport humans, materials, tools and much more from planet Earth to destined planet Mars. This being the third generation Starship, it has improved from the ones shown two years ago and has larger dimensions and relatively powerful yet efficient boosters named Raptor V2.

This new propulsion system is said to be smaller, efficient, have fewer parts and produce more thrust power than its predecessor, Raptor V1. One of the critical components of the mix is their new Raptor engine configuration, which beautifully aligns 33 propulsion nozzles with achieving optimal thrust levels. There’s something unique about the launch and catch towers designed for Starship and the Super Heavy (yeah, that’s a name) booster vessel. The Starship vessel shall be thrust into the earth’s orbit by Super Heavy, a 69m long, 9m in diameter just as the Starship, has a propellant capacity of 3400t and a whopping thrust capacity of 7590tf. The Super Heavy booster can thrust one Starship into orbit, return and land on its pod, all in six minutes!

SpaceX plans to make and launch 50 of these Starships and Super Heavy thrusters before the end of 2022. Why so many, you ask? As Elon Musk explained on stage, the human race will eventually need to become an interplanetary species as the sun’s radiation destroys our solar system in the next million years. This is humanity’s first viable step towards carrying life beyond our planet and dwelling through the multi-verse. Elon Musk also spoke about the plan to colonise planet Mars. The new Starships’ ambitious production and life cycle will have SpaceX making one whole Starship each month. This is necessary as the Starships with payload will be refilled with fuel in Earth’s orbit by another fuel filling Starship. We are already fuelling flying jets and planes via other planes on a harsh gravitational pull, so doing this in space shall be relatively more straightforward or challenging considering the sheer size of the Starships.

Fuelling the Starships is necessary to carry the payload to Mars and back. Elon Musk claims that with time, they will be able to produce one Starship and its booster each month and bring that close to making each unit in about three days. Coupled with the announcements of making 7 Raptor V2 engines per week, SpaceX is all in to make Starship the vessel of transportation from Earth to Mars. While SpaceX waits for approvals from Federal Aviation Administration in the USA, the first orbital flight of the Starship could be seen as soon as the first half of 2022. Subsequently, the first trials of orbital fuel filling shall commence as soon as 2023-24. Being super optimistic on stage, Elon Musk announced that the boosters could be refilled and reused in less than an hour while the Starships can do the same in 6-8 hours. If managed well, we could see three Starship launches a day in the future of time.

The ISRU is working closely with SpaceX and scientists to plan this Mars invasion of humans powered by massive Starships. The first few Starships will have no humans and carry essential goods required to set up an infrastructure for human colonisation. Plus, the first people to land on Mars could be groups of crucial workers and experts who will build a habitable infrastructure on the red planet. That said, each Starship can be configured to take about 100 humans and a payload each flight. The first trip of Starship shall be reserved for artists worldwide to witness a round trip around the moon. It took us years to achieve these advancements in space travel. Elon Musk is confident that SpaceX’s Starship, Super Heavy boosters, launch and catch towers and the new Raptor V2 engines will propel humanity towards becoming a multi-planetary species. We sure hope this becomes real in our lifetimes.