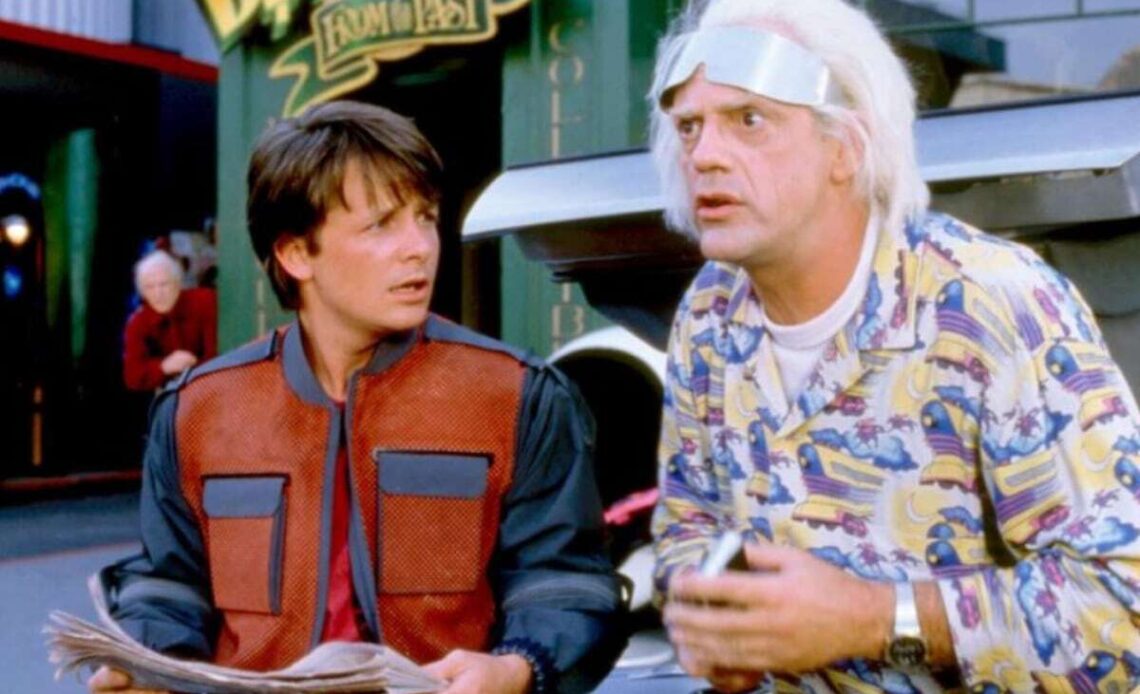 Movies from a few years to decades ago showed some pretty eerie technological use that seems far fetched for the time they were made in. Something that once looked fantasy and bizarre does not stand out as ridiculous as we thought. A creative directing and production team can often generate ideas for their films that accurately predicts the technologies that we have today.

Here are 16 Technological Predictions Made in Movies

Back to The Future 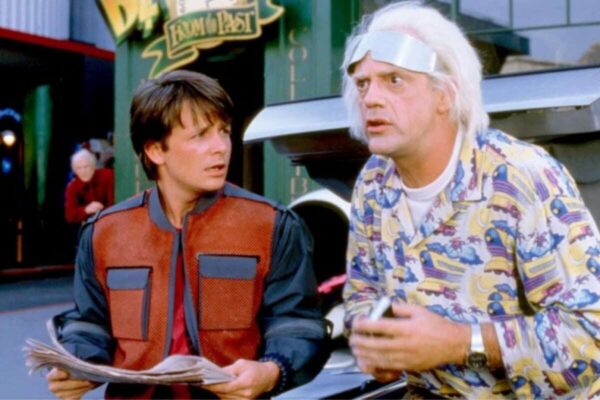 It was October 21, 2015, Marty McFly and Doc Brown time travelled in the movie ‘Back to The Future’ released in 1989. Remember when Marty answered a phone call with his glasses? Does it ring any bells? Today, we have Google glasses that can do much more than make phone calls. You can also see a flat, wireless electronic device in the film that looks like tablet devices used for electronic donations. In this trilogy series, you can also see fingerprint scanning technology used for payments. 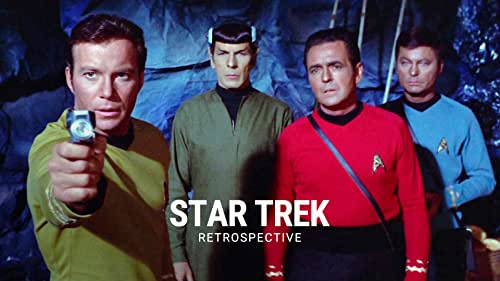 The movie released in 1966 imagined technology 60 years ago that has become a part of our daily lives. Star Trek excelled at introducing innovative technology in its films by making it seem practical, such as the touch screen technology that seems prolific now. The characters also spoke directly to a starship’s computer, without knowing that “Ok Google” or “Alexa” would be mainstream in the years to follow. When Star Trek came out in the 1960s, watching Lieutenant Uhura communicate with people around the ship wirelessly was revolutionary. 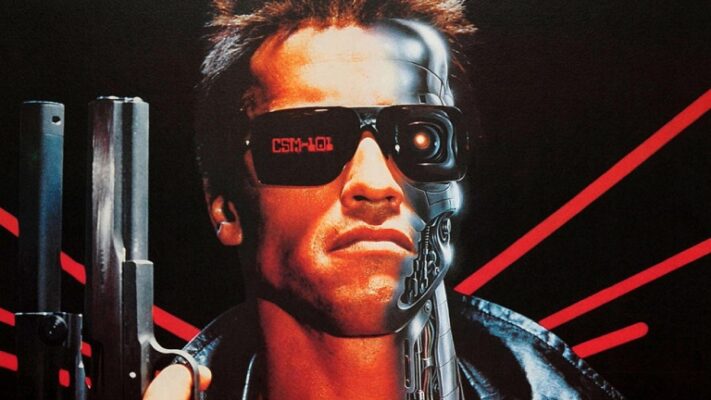 The Terminator predicted the development and use of military drones. The unnamed small aircrafts seemed too bizarre back then, but it’s widely used today. Drones are used not only by the military but also by filmmakers to film movies and deliver packages. It’s exciting to see how technology develops over time. 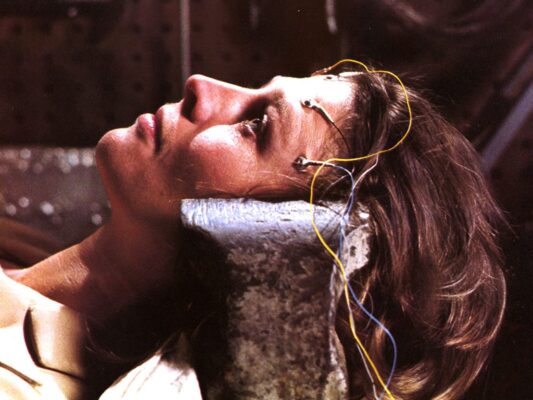 This goofy 1977 film is said to carve the first significant appearance of the Internet of Things and smart-home technology. In “Demon Seed,” a scientist develops Proteus IV, an artificially intelligent computer that starts positively by curing leukaemia. But it quickly spirals out of control when the computer develops an unhealthy crush on its creator’s wife, installs itself on a computer in their home, and takes control over all the technology and devices there.

Proteus IV works like a modern smart-home by controlling the lights, doors, and window locks to manage the home alarm system and showing video of the front door like a smart doorbell. 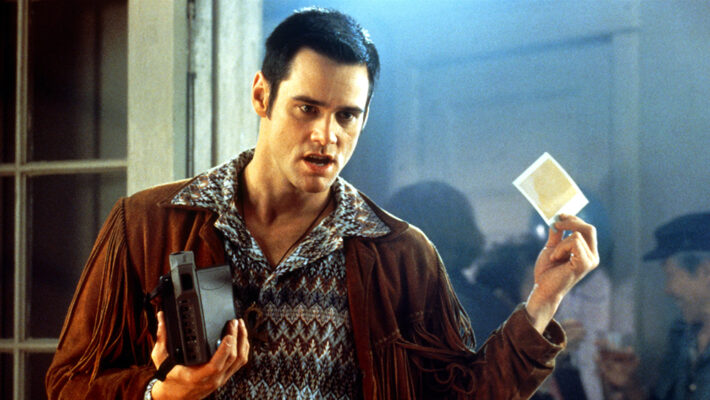 Chip, the Cable Guy, played by Jim Carrey, delivers a speech at the end of the bizarre dark comedy in which he rightly predicts the future full of conveniences we now take for granted. Here is how the speech goes, “The future is now. Soon every American home will integrate their television, phone, and computer. You will be able to visit the louvre on one channel, and watch female mud wrestling on another. You can do shopping at home, and play Mortal Kombat with a friend in Vietnam. There’s no end to the possibilities.” 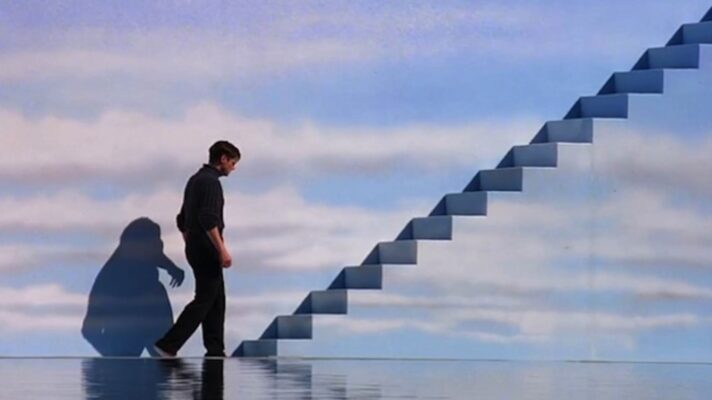 Jim Carrey’s film, The Truman Show, presents the borderline obsession with the next phase of reality TV: a show geared around watching people conduct their daily lives. Today, there are shows like Big Brother, Big Boss, among many others, that present as dramatic a narrative as possible to appeal to mass audiences. The idea that seemed far-fetched 21 years ago is now a living reality. 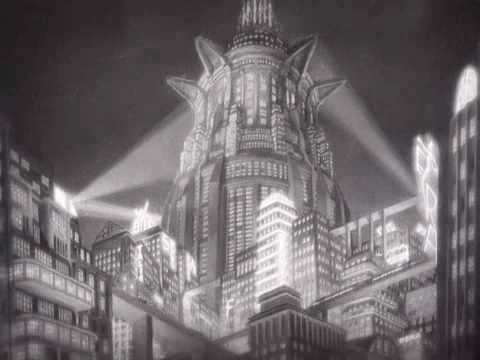 A silent, black-and-white film released in 1927 isn’t an easy watch, but the movie breaks a lot of ground, including the first on-screen depiction of robots. In the movie, an inventor with an uncanny 1920’s resemblance to Doc Brown crafted a metallic humanoid robot who is then “reskinned” to resemble Maria, a character in the film. 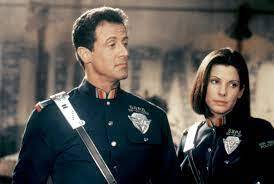 Honestly, this movie is people’s guilty pleasure, and one prediction that Demolition Man, starring Sylvester Stallone, made correct was the self-driving car. Companies like Google and Tesla have ramped up efforts to make driverless vehicles a standard part of our freeway experience sooner than we think.

The movie also predicted life after the pandemic. San Angeles banned all forms of physical contact such as hugs, kisses, handshakes, fist and elbow bumps to restrict the spread of disease. 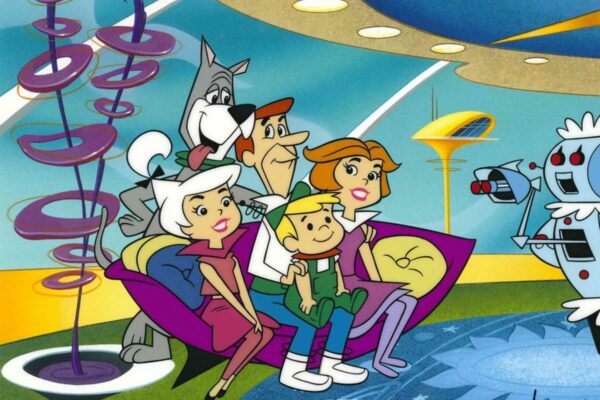 No, this animated feature film did not predict the use of flying cars, but something that we have in our homes now – a cleaning robot. Roombas have topped your mom’s Christmas list for years now, as droids-turned-housekeepers have helped us become more avoidant of doing our chores and cleaning our rooms. Why even bother when the robots can clean your room? 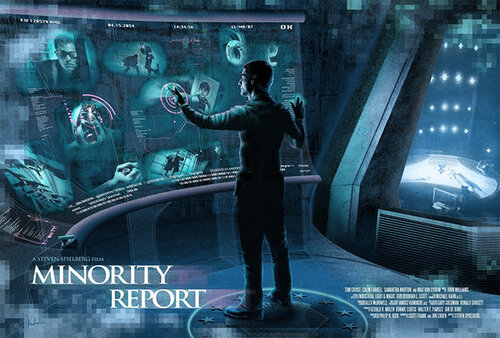 In the 2002 film Minority Report, John Anderton, played by Tom Cruise, is constantly bombarded by advertisements explicitly geared to his interests. The advertisements refer to him by name.

It might have been weird back then, but it is an example of targeted advertising in recent times, focusing on each individual based on their likings. Think of targeted ads next time you upload your email and phone number on a website or register it at the cash counter in a store. 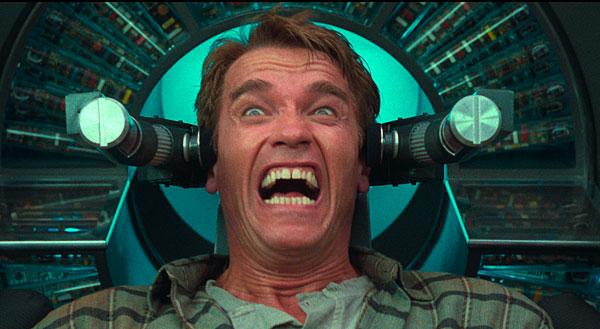 Total recall, starring Arnold Schwarzenegger, framed the concept of self-driving cars, something that seemed way off from becoming a reality at that point in time.

The advancement of computer technology and global positioning systems(GPS) makes self-driving cars a living reality. Car manufacturers like Tesla are making the best use and putting self-driving vehicles on the market. In a few years, this will become mainstream. 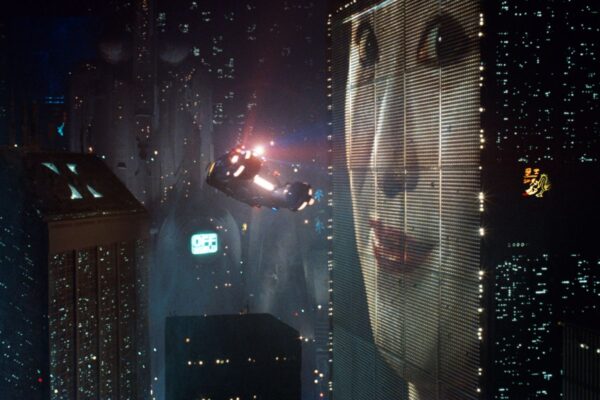 Ridley Scott’s sci-fi noir masterpiece released in 1982 gives a stunning look at how the future would look like, which was 2019. The movie was highly optimistic about introducing flying cars, which is not a reality until now but managed to get a few things right.

When you see the movie, it’s hard not to think about the digital billboards filling the skyline. These billboards are often used today in big cities for advertisements. Blade Runner’s 2049’s upgrade to holographic advertising is still not a common thing for now, but it will be interesting how the future turns out to be.

Enemy of the State

Enemy of the State featuring Will Smith is about how the government can spy and track any of its citizens using satellites, cell phones, and GPS. After the 9/11 world, this became a reality where intelligence agencies had to survey, intercept, and neutralize terrorist threats. From phone calls and emails to videos and text messages, millions of communications are blocked every day.

Enemy of the State is a tale of paranoia but shouldn’t we all be a little paranoid? 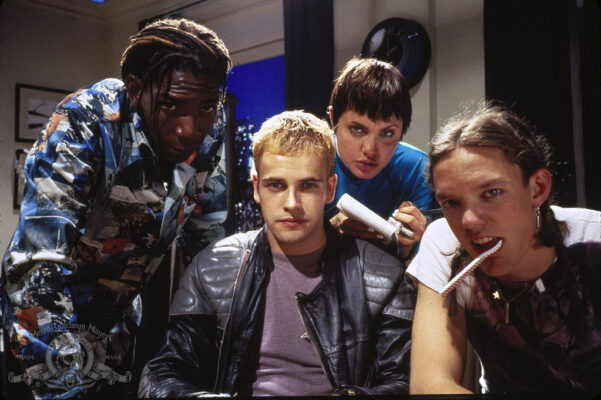 Much of the tech used in Hackers look goofy when seen from a modern perspective, but there is one thing that the movie got perfectly right: virtual reality gaming. In one of the scenes, evil hacker ‘The Plague’ can be seen playing a video game on something that looks exactly like an Oculus Rift. The movie was released in 1995, and Oculus in 2012. 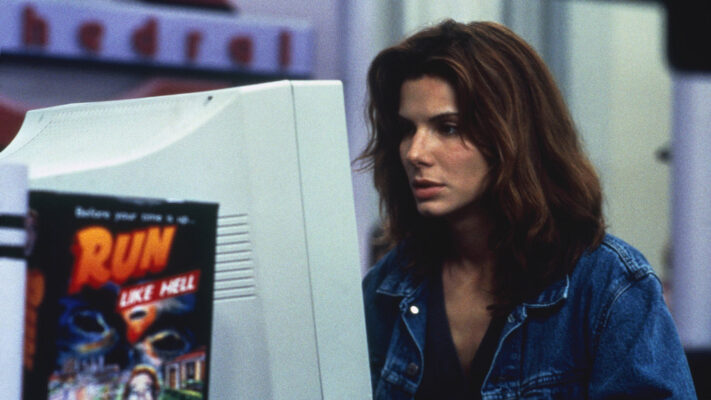 Set in 1995, the movie depicted online identity theft before it was even a thing. The Net also predicted an age where we would be able to order pizza without leaving our homes or talking to another human being. Ordering pizza online is truly a blessing for us, and where would we be without that? 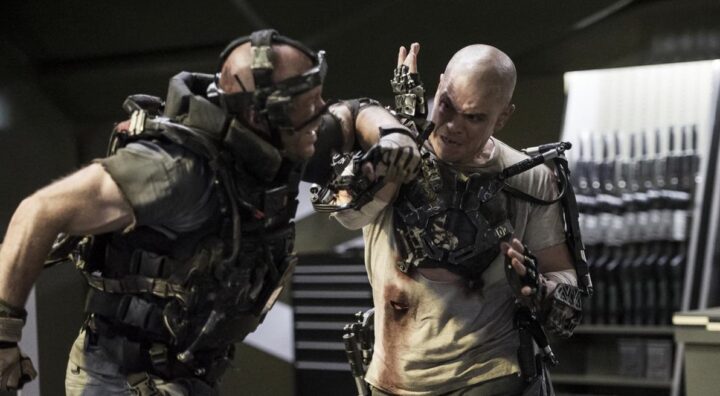 Zooming ahead to the year 2154, Elysium presents a dystopian vision of the future with ground-breaking technological innovations and discoveries that seem slightly exaggerated from the present but are reasonably achievable. The movie occurs in the aftermath of the apocalyptic event where Max, played by Matt Damon, is seen trying to restore equality between two opposing worlds inhabited by two different classes of people.

Many space industry analysts have explained that there will be many successful space stations in the future, ranging from luxury to economy.

The predictions made in the listed movies seemed far-fetched when they came out initially but is now more of a living reality. It’s somewhat similar to what we see today in science fiction movies, which seems unrelatable, but in the future, maybe 50 years from now, someone would be writing the same article with the films produced today.