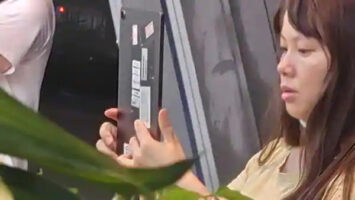 During the global launch of the GT smartphone, Madhav Seth, India-based CEO of Realme, confirmed that the company would launch its first-gen Pad soon. Few hands-on leaked images have surfaced on the Internet, claiming the device to be Realme Pad.

Here is the picture that was shared online via SlashLeaks: 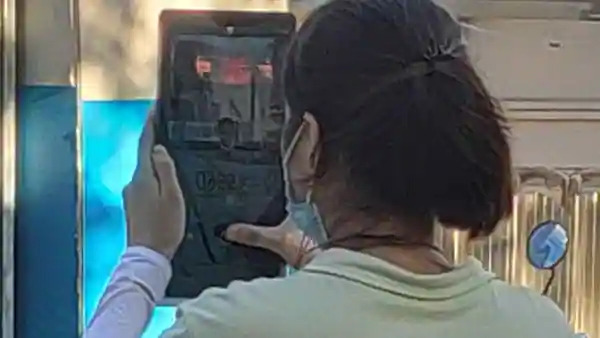 The Pad, which seems to be still in the work of progress, has a few stickers and labels suggesting internal testing, but the Realme logo is nowhere to be seen! Since the images have been clicked from a distance, it is not the clearest that we could come across.

However, its slim unibody seems to be in Space Gray colour and has the standard-looking camera-hump in one corner, which appears to be similar to the cryptic image shared during the global launch.

The brand’s first tablet product is expected to launch alongside its first-ever laptop, the Realme Book. The Realme Tablet appears to have an aluminium or metal alloy frame with a single camera at the back, placed in an extending module. The Tablet also holds a square design which is somewhat similar to the Apple’s iPad Pro models.

This could mean that the device would be a premium device. It could even come up with Flagship hardware such as the Snapdragon 870 chipset and include a lot of storage. However, Realme has been relatively silent about the specifications and features of the device, so we are left with very scarce information about the same.

That’s pretty much everything we know about the Realme Pad so far, but we can expect more details very soon if more leaks appear.

Recently, the company has launched its Realme C11 2021 in India. The smartphone is the latest addition to the entry-level C series smartphone and comes with a 5000 mAh battery. The device also supports reverse charging, and UNISOC’s SC9863A octa-core processor powers it. It also has a 6.5-inch display with 2GB Ram, 32 GB internal storage and is priced at Rs 6,999 in Cool Blue and Cool Grey colours.