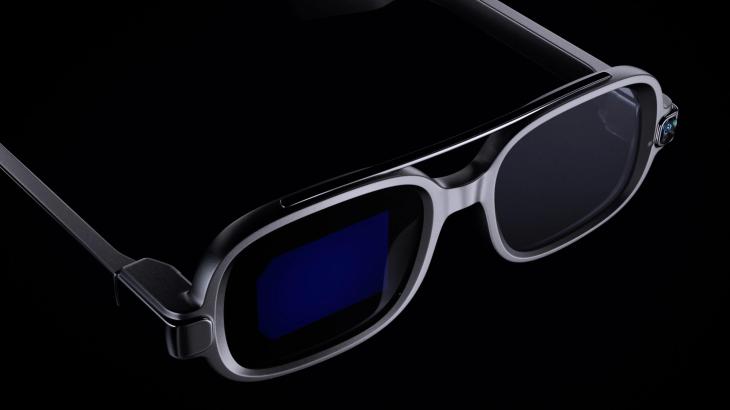 Xiaomi is challenging Facebook in the wearables arena by launching one of its own. Just a few days after Facebook and RayBan rolled out their smart glasses, Xiaomi launched a new pair, with much more interesting specs than the two.

The Xiaomi Smart Glasses, which goes by the same name, looks pretty much like normal shades and weigh around 51 grams.  They pack a MicroLED display built into the right lens, a 5-megapixel camera on the front, a quad-core ARM processor, a battery, a touchpad on the frame, and Wi-Fi and Bluetooth connectivity.

Interestingly, MicroLED is a type of display similar to OLED but has a higher pixel density, longer lifespan, a simple structure that according to Xiaomi allows for easier integration into the glasses. The Xiaomi Smart Glasses do not have a fancy display to allow light to easily pass through them. It packs a monochrome display that can show you things like a clock, texts, and navigation instructions.

When put under a microscope, the display is roughly the size of a grain of rice, with individual pixels sized at 4μm. This enables the display to be fitted perfectly within the frame of the glasses. By adopting optical waveguide technology which refracts lights at 180°, the MicroLED display accurately transmits light beams to the human eye through the microscopic grating structure of the optical waveguide lens.

“The grating structure etched onto the inner surface of the lens allows light to be refracted in a unique way, directing it safely into the human eye. The refraction process involves bouncing light beams countless times, allowing the human eye to see a complete image, and greatly increasing usability while wearing. All this is done inside a single lens, instead of using complicated multiples lens systems, mirrors, or half mirrors as some other products do.”

Xiaomi has integrated a total of 497 components, including miniature sensors and communication modules, into the Xiaomi Smart Glasses. The company also claims that its smart glasses are not just a second display for the smartphone, but functions as a new smart terminal with independent operating capabilities.

Key interaction logic has also been implemented in the device to minimize interruptions at inconvenient times, and display important information timely when critical.

Xiaomi has not said anything related to the availability and pricing of the device but it is expected that markets could start from its native country, China.