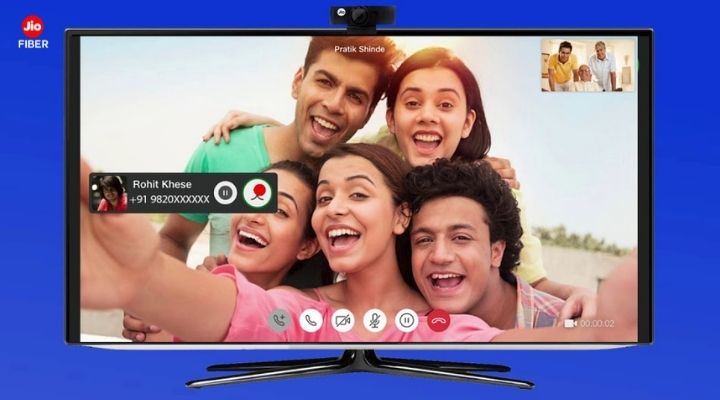 We’ve missed a lot of events, functions and ceremonies due to the pandemic and its after-effects. Over a year, we’ve managed to watch our friends getting married or celebrating someone’s birthday through WhatsApp calls, but being there at the moment has its perks.

The feature would let users make video calls from their TVs using the JioJoin app, previously termed the JioCall app. The app is available on Google Play Store and Apple’s App Store; after downloading the app, users will be required to download a 10-digit JioFiber number to connect their Android smartphones and iOS devices with the TV which enables video-calling through the JioFiberVoice.

Once you’ve completed the configuration process, you can enable the ‘Camera on Mobile’ feature from the app. The enabling option will turn your smartphone into a web camera to make video calls via your TV. Jio Fiber users can use the same app to make voice calls using their landline number.

A step-by-step guide to help you use Jio’s ‘Camera on Mobile’ feature:

Furthermore, Jio has urged users to get a 5GHz Wi-Fi band on their modems to experience better connectivity and quality in their video calls. The “Camera on Mobile’ feature will be beneficial for Smart TV’s that do not provide an inbuilt webcam.