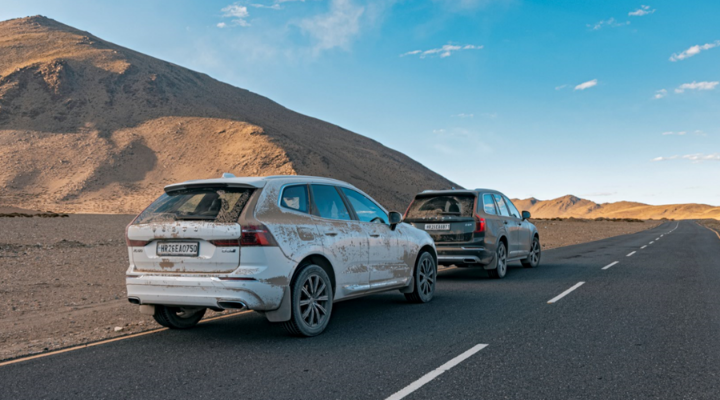 What would you do if you had unlimited time, money and resources? You would definitely strike off everything that comes on your bucket list, but unfortunately, we can’t have all of these above things together. You can earn tons of money which will buy you resources, but time, it’s the only thing you can’t buy, and that’s why we decided to strike off one more place from my bucket list and hopped on Volvo XC90 & XC60 to reach Leh-Ladakh via road from Delhi.

We fuel our bodies with food, our minds with knowledge, our hearts with love and our life with memories. When you’re on your deathbed, the only things that matters are the memories you created when you were fit and fine. It’s necessary to take time for things you enjoy in life, and what’s a better option to enjoy and create last-long memories than going on a luxury trip. Leh & Ladakh is a place that exists on almost every bucket list, and I’m no different from the majority.

We decided to pick Volvo XC90 & XC60 cars for our ride to reach the lush meadows, Chinar forests, and apple orchards of Ladakh. We stayed for a night in The Himalayan, one of the top luxury boutique resorts in Manali and left towards our destination early in the morning. On the way, we drove on Atal Tunnel, which is named after India’s former Prime Minister Atal Bihari Vajpayee’s name. Atal or Rohtang tunnel is a highway tunnel built under the Rohtang Pass in the eastern Pir Panjal Range of the Himalayas on the Leh-Manali Highway in Himachal Pradesh. 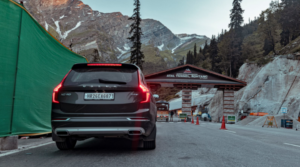 The 9.02 Km long tunnel reduces the travel time and overall distance between Manali and Keylong on the way to Leh, and currently, it is the world’s longest single tube highway tunnel at an altitude above 3,000 m(10,000 ft). Volvo XC90 and XC60 are two of my favourite cars from Volvo’s Swedish design and craftsmanship, but they have noticeable differences between each other. The major differences are that the XC90 can seat up to seven passengers while the XC60 can seat five passengers. The XC90 has an optional Recharge T8 plug-in hybrid powertrain, while the XC60 has a Polestar Engineered trim package paired with a plug-in hybrid powertrain.

The well-rounded SUVs have calm and collected interiors that keep you focused on the drive ahead, and that’s why we recommend you to either travel in a well-equipped SUV or don’t take more than two halts while driving towards up in the hills. More halts will eventually result in breathlessness, which is not a good thing to deal with when you’re travelling in high altitude areas. While driving in places like Leh and Ladakh, one must always stay aware of the situation because landslides are a widespread disaster.

The Hospitality of the Locals

People around the Leh & Ladakh towns are amicable and helpful, they’ll help you choose the best route to the destination, they’ll help you if your vehicle is stuck in the mud and the essential things they offer on these deserty roads is Dhaba-cooked Maggies, which tastes delicious. The roads around this region are dubious, has bumpy stretches, and are unpaved. So, if you’re not an experienced driver who’s comfortable driving in India, especially in the hills, self-drive is a big no-no for you. 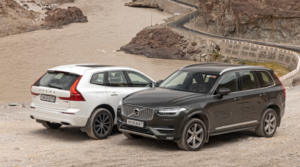 The massage seats of the Volvo XC90 & XC60 are some of the bests I’ve ever been seated. The five preset massage programs are- Swell, Tread, Advanced, Lumbar or Shoulder. Thanks to these cars’ massage seats, we’ve reached the Thiksey Monastery in a single piece. The famous Buddhist Monastery is located on top of a hill in Thiksey, approximately 19 kilometres east of Leh in Ladakh. The 12-storey complex houses many items of Buddhist art such as stupas, statues, thangkas, wall paintings and swords. The views from the Monastery are breathtaking, and given its popularity, it needs no introduction about its beauty.

The valley is popular amongst the tourist for its orchards, scenic vistas, Bactrian camels and monasteries. Nubra or Ldumra (means the valley of flowers) valley is situated 10,000 feet (3,000 m) above sea level, and the common way to access this valley is to travel over the Khardung La pass from Leh. The Volvo XC90 and Volvo XC60 cars accompanied us to reach one of the most challenging terrains globally, and all happened because these two cars have a Hill-start assist feature. The advanced feature automatically stops your vehicle from backrolling when you press and release the brakes on an uphill gradient by holding the brake pressure. With that, we have covered a number of sites during our trip but left one of the famous spots for the next time, which is Pangong Lake. The Leh & Ladakh is truly a road trip that one will recall in the late years of their life.