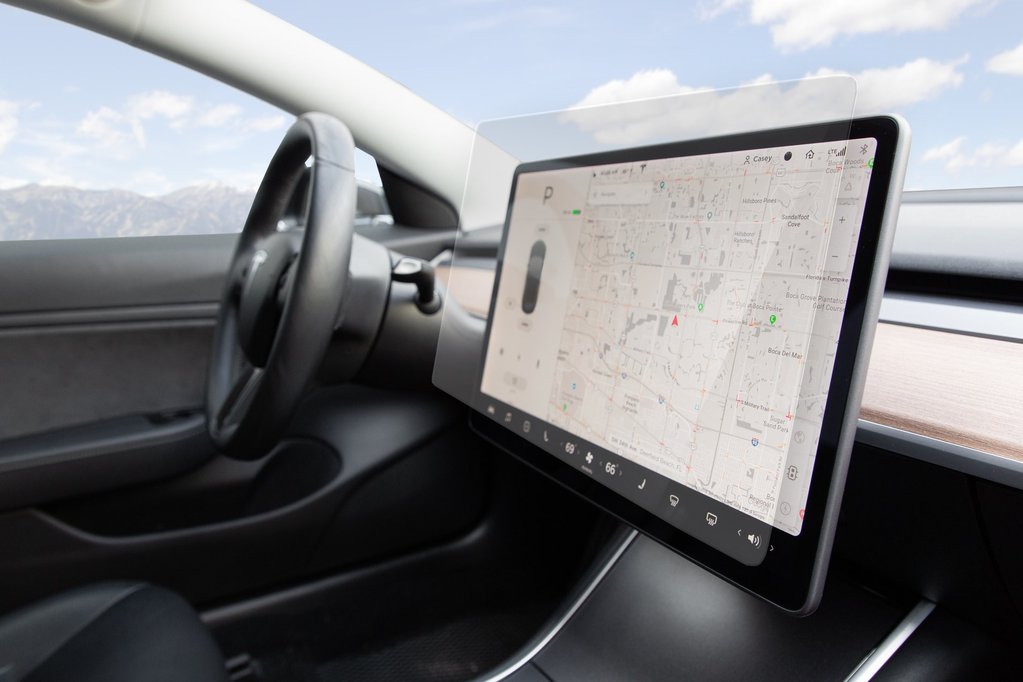 The birth of automobiles was solely to serve the purpose of moving from point A to point B. But humans being humans, soon got bored of hearing the rumbling sound of the early age engines and the gusting winds. And as it is said, “necessity is the mother of all greatest inventions”, we today have advanced to an era where artificial intelligence plays a major role in shaping the future. Today, every car comes standard with infotainment systems, but this hasn’t been the story since the beginning. So, how did it all start? Let’s know more. 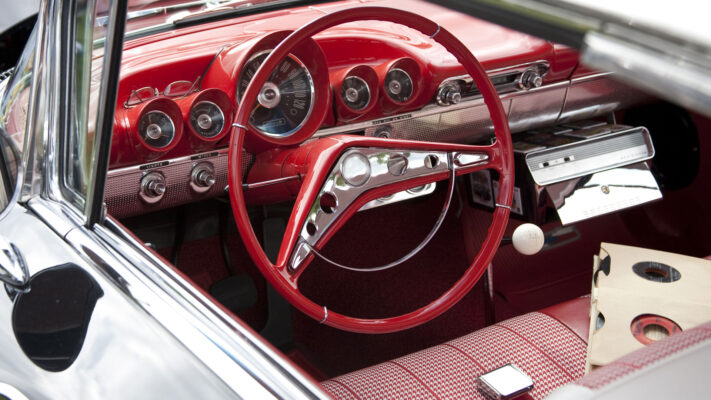 You can call this the ancestors of what today’s in-car-infotainment system looks like. The earliest one’s date backs their roots to 1922 on a Chevrolet. However, it wasn’t until the 1930s that people saw this feature as a significant part of the dashboard. These radios were usually fit in the trunk due to the massive size of the units and the only kind of data was transmitted via radio waves. 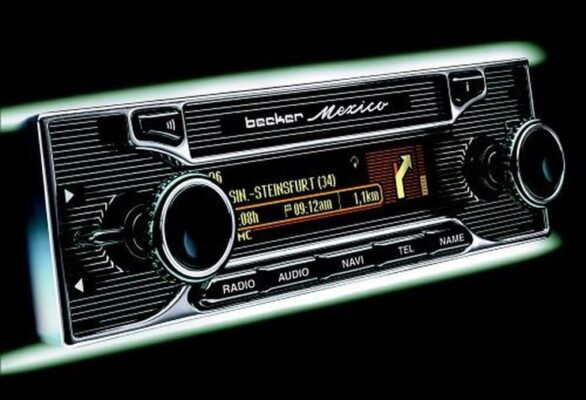 Throughout these decades, the in-car radio evolved tremendously with the physical buttons to remember your favourite radio station presets and rotary knobs to scan through different bandwidths. These fixtures were the primary means of data storing being used in automobiles, albeit through mechanical ways.

During this decade, vinyl record players briefly appeared, which soon became a symbol of luxury & opulence.

1960s-80s: Analog storage and the era of cassette tape 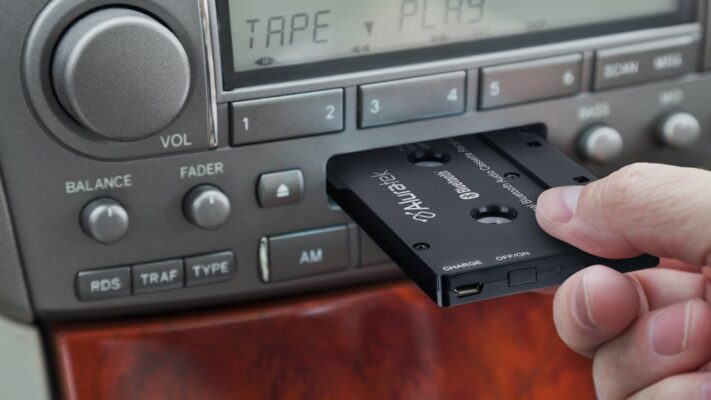 These years gave rise to the widely adopted external data storage in the form of cassettes that used a magnetic strip to store audio signals. Through magnetic manipulation of the tape’s oxide layers which were turned into an electronic signal during playback that finally played through the speakers.

You must have seen your parent’s or grandparent’s collection of these rectangular devices with songs that would be played after inserting them in a slot. These cassettes also got reduced in size with time as technological advancements took place at a rapid scale.

With the world still playing songs on cassettes, the Japanese were entering a whole new segment of onboard navigation, which used an electro gyro-cator instead of satellites for navigation. It had transparent map films which were illuminated on a screen that scrolled around as the car moved. 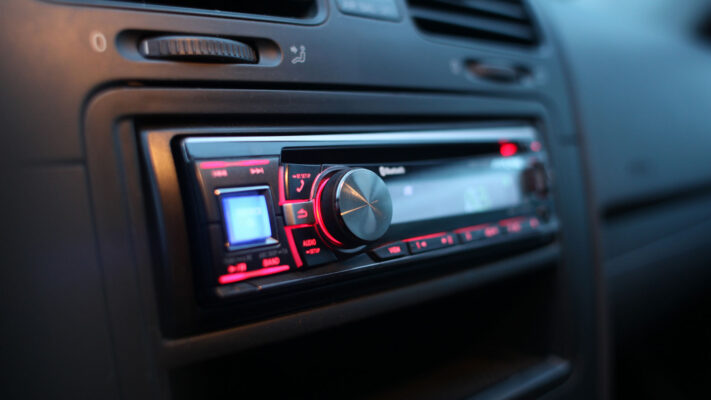 Digital data started making its way into in-car-infotainment in the form of compact discs (CD’s). Due to its portability and enhanced quality, it soon became a widespread phenomenon and automakers across the globe started equipping their cars with this system as standard.

CD’s stored data in binary form over its magnetic surface, which the reflection of a laser beam would read onto a sensor. Companies like Pioneer, Alpine, Kenwood, Blaupunkt & Sony, manufactured many aftermarket units, which were fitted onto the dashboard. 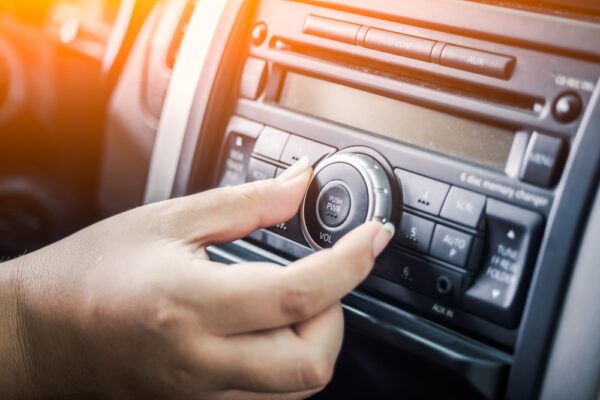 Even though CD’s were light and small, they still required space to be kept, which were often a target for thieves. With the start of a new century, things drastically changed. Even CD players became obsolete and people started shifting to better, advanced technologies like MP3 players and USB storage devices for entertainment. Transferring data, music, videos or maps from USB flash drives to these infotainment systems was a massive shift in technological acceptance across the world.

Furthermore, Bluetooth connectivity came in as a boom in the industry, which changed many things altogether. Better amplifiers and speaker components started building attraction towards high-quality sound experiences. 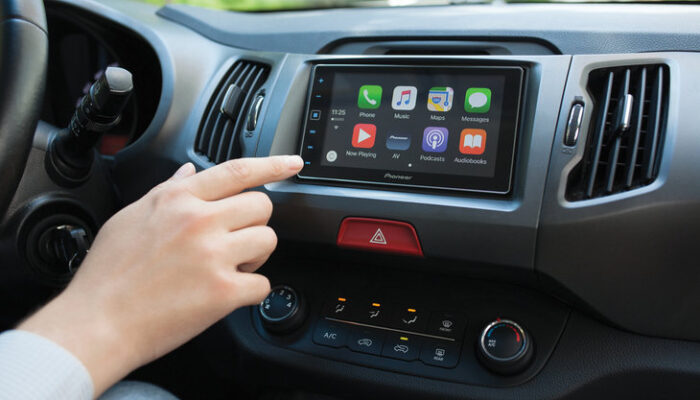 Physical buttons started getting off-sight and larger screens replaced these head units. The world was evolving, and so were these in-car infotainment systems with wide adoption of touch screens compatible with phone connectivity. SD slots started replacing the USB ports, and auxiliary inputs were replaced by Bluetooth connectivity, reducing the hassle of physically carrying your data. Internet connectivity enabled the use of satellite navigation which was a boom.

With this technology getting more common, one could connect their phone directly to the in-car-infotainment system and access a host of features for convenience. Whether playing your favourite track or speaking to your loved ones hands-free, all of this made way for what we have today.

2020 beyond: What the future holds for us 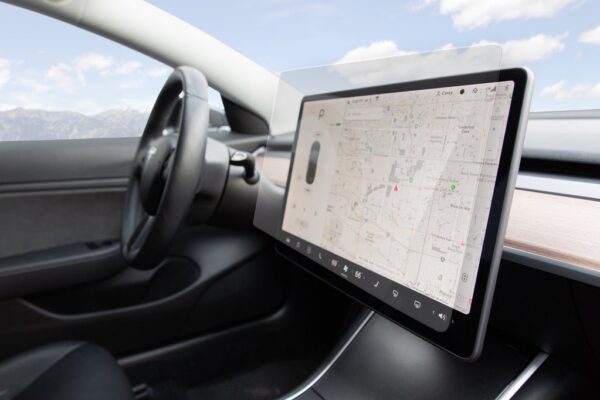 With plenty of technological advancements in the by-gone decades, infotainment systems in the automotive domain have skyrocketed in terms of the tech they offer today. With features like large touch screens with geo-fencing, 3D smart navigation with real-time traffic updates and alternative routes, voice-activated commands to control the vehicle, over-the-air updates and a lot more, the driver can now be focused on making the drive more pleasurable.

With technology growing rapidly, we can see more and more automakers embedding their products with futuristic features like artificial intelligence, Bots and autonomous driver’s assistance systems. We are not far away from the days, where cars would communicate amongst each other and drive around cities by themselves, allowing the passenger to be carried around without driving the vehicle.