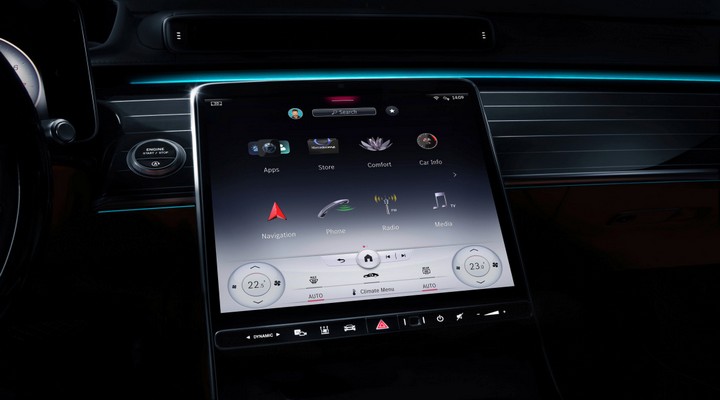 Mercedes-Benz has officially unveiled the next generation of its in-car user interface system, the MBUX. It will debut in the 2021 S-Class and features a new interface. The German luxury carmaker has powered the MBUX with a new hardware suite that adds multiple features and functions across the car. The hardware suite includes a 320GB SSD, 16GB of RAM and 50 percent more processing power over its predecessor. 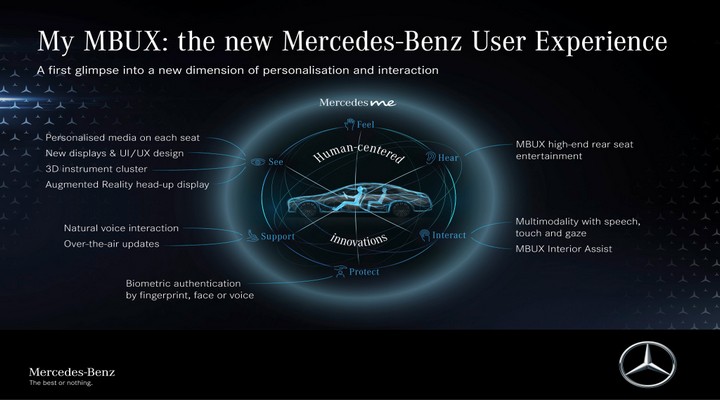 Some of these features include a pseudo-3D display technology behind the steering wheel, new personal profiles that the driver can access via a fingerprint sensor, facial recognition or voice commands. The hardware also improves the “Hey Mercedes” voice recognition system. The new MBUX minimizes the use of physical buttons and encourages the use of voice commands and quick access shortcuts.

Mercedes-Benz will debut the new MBUX with the 2021 S-Class. The luxury sedan will be equipped with a 12.8-inch OLED touchscreen with haptic feedback, in a portrait orientation. The screen rises from the centre console, unlike the usual dashboard embedded position. It is easily accessible to the driver as it is placed just beside the steering wheel. Mercedes-Benz has also made the overall interaction sleeker by reducing 27 “hard keys” in the new S-Class. 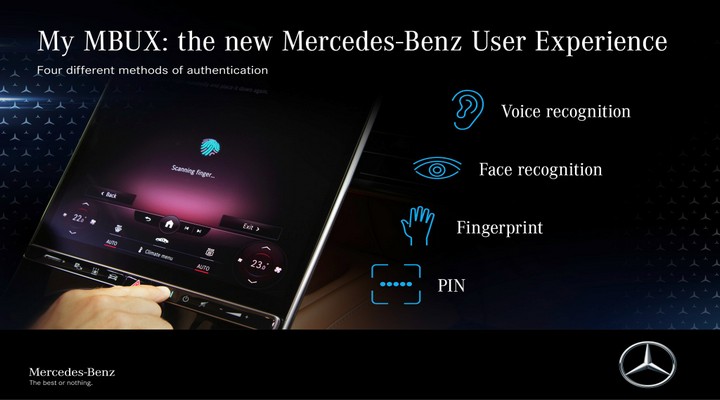 Users can now save personalized preferences in the new MBUX, which include settings like seat adjustment, interior lighting colour, and their favourite radio station, among others. These personal profiles can be enabled or disabled with the new security features and can also be loaded in other Mercedes-Benz cars that feature the new MBUX. 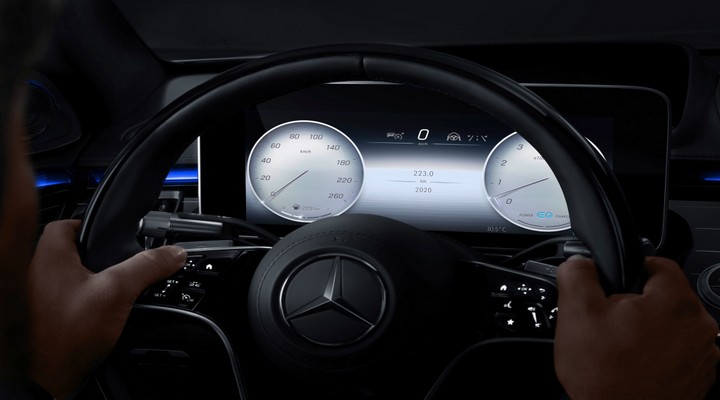 Drivers get access to a large, rounded rectangular floating display. It is the car’s fully digital instrument cluster offers the driver a chance to customise the colour, layout, and overall presentation of information like speed, power output, and driver assistance features. 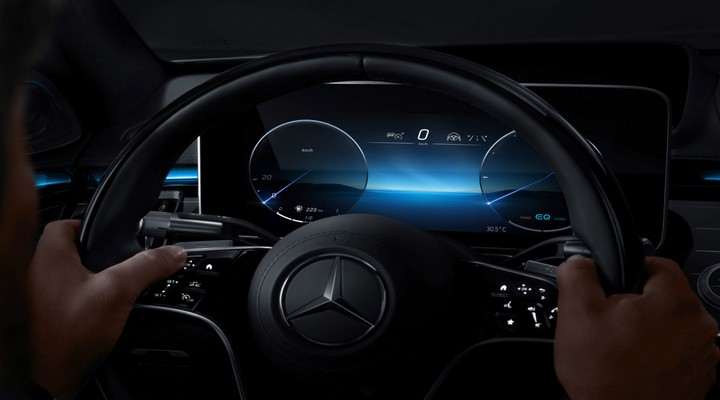 Sajjad Khan, Member of the Board of Management of Mercedes-Benz AG, CASE says, “Our overarching goal is to offer the utmost in comfort, personalization and convenience for our customers. A system that is more detailed, thoughtful and individual than ever before. So I would even call it My MBUX. Through even more ease-of-use, our customers gain extra time and added value. This goes beyond just displays and voice control. My MBUX now becomes the spinal cord, or even the central brain of the vehicle.”

The MBUX has the capability of creating a three-dimensional impression of the objects on the screen. It can do so with the help of facial recognition cameras and something that Mercedes-Benz calls an “auto-stereoscopic display”. The screen of the MBUX is a combination of standard LCD display and “a special pixel structure and a controllable LCD aperture grille” that makes the driver’s left and right eyes see “different pixels of the LCD.”

Updates to the MBUX software include recognition of up to 20 different commands triggered by saying “Hey Mercedes” as well as support of 27 languages. The S-Class is also expected to feature as many as three screens in the rear that will be connected to the infotainment system in the front. This will allow passengers in the back to share content between the screens along with selecting or changing the navigation route.  Mercedes-Benz is expected to unveil the new S-Class in September 2021. 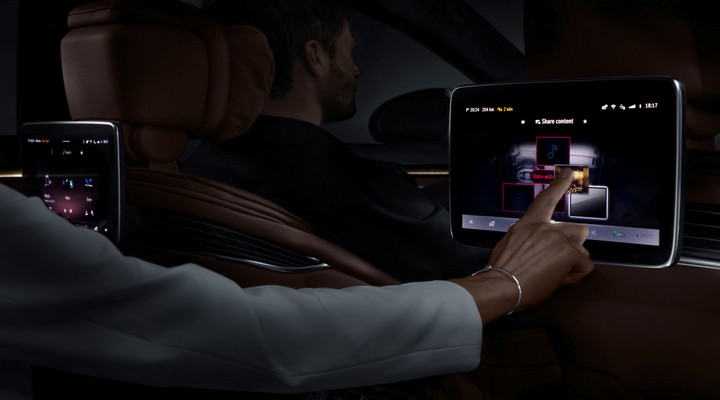