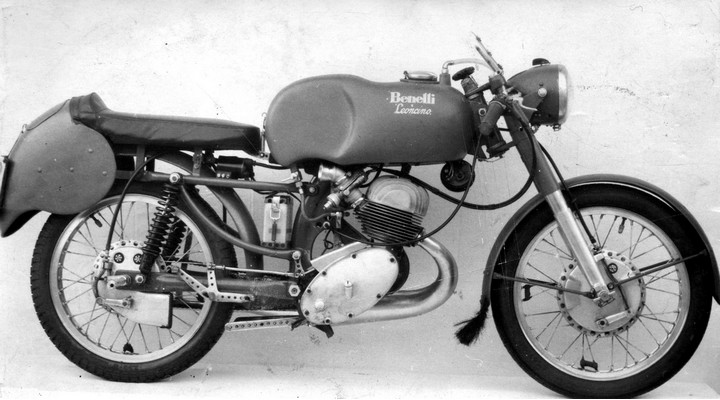 Benelli motorcycles might not be as famous or as appealing as Ducatis or MV Agustas of the world, but they nevertheless have a concrete and rich history. What began as a small garage opened by a grieving widow has bloomed into one of the most prolific motorcycle manufacturers worldwide. If you have wondered how Benelli motorcycles came to being, here is how it all started:

Teresa Benelli was a widow and mother of six sons who hoped to provide her sons with a secure job and a stable income source. To that extent, she used all of the family’s capital to start the Benelli Garage in 1911, which repaired cars and motorcycles. It soon morphed into producing the spare parts that motorcyclists needed.

By 1920, Benelli had built its first in-house engine that was a single-cylinder two-stroke 75cc model. It fitted well in a bicycle frame which went on to become the basis of its motorcycles. The company soon upgraded to 98cc engines that powered Benelli’s first motorcycles. In December 1921, the first real Benelli motorcycle appeared: the “Velomotore” presented in two models, Touring and Sport (125cc). It was followed in 1923 by a bigger 147cc motor. 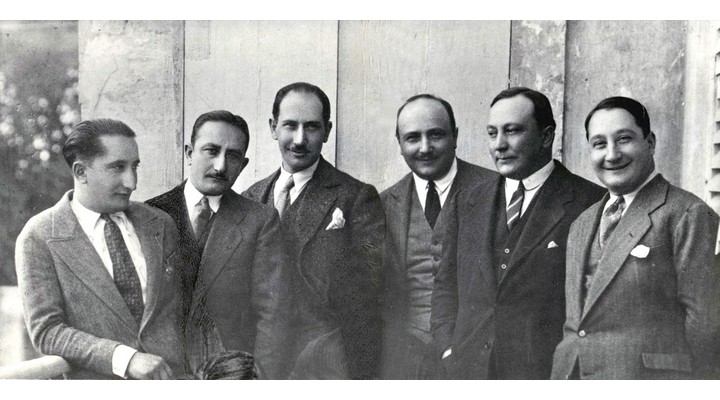 The youngest scion of the Benelli family proved to be the most radical when Antonio Benelli began his racing career. Known popularly as Tonino, Benelli was a natural racer and proved it repeatedly by winning Italian championships in 1927, 1928, 1930 and 1931.

This turned the spotlight on the Italian brand, and it became a full-fledged motorcycle manufacturing company. Owing to Tonino’s success, Benelli’s production increased, and its sales success led to the enlargement of the factory. In 1932, the Benelli brothers bought the pavilions of the sawmill Molaroni in ‘viale Principe Amedeo’, which is now ‘viale Mameli’.

Benelli’s journey to success was cut short by the inception of World War 2. The global conflict saw Benelli’s factory wholly destroyed. However, it could not destroy the passion the Benelli brothers had for motorcycles. Even during the war, the company upheld its spirit. Ted Mellors won the Tourist Trophy in 1939, riding a Benelli motorcycle. After the end of the war, they rebuilt their business, and in 1947, the company hired the motorcycle racer, Dario Ambrosini. The sports success of the new Benelli culminated in 1950 in Ambrosini’ victory of the World Championship in the 250 class. 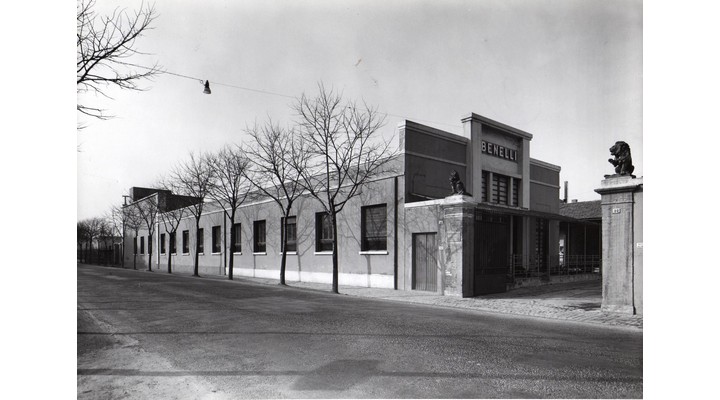 At the end of the ’40s, Giuseppe Benelli, due to irreconcilable disagreements with his brothers, left the company. It was the beginning of Motobi, with the classic two and 4-stroke egg-shaped engine of small and medium displacement. A new sales and sports success: more than 1000 racing victories in the ’50s and ’60s.

Benelli’s manufacturing continued in 1951 with the presentation of the ‘Leoncino’ whose great commercial success was at its peak when Benelli won the first ‘Motogiro d’Italia’ in 1953 with the racer Tartarini.

In 1961 the company of Pesaro celebrated its first 50 years, and the following year, to tackle the crisis of the motorcycle industry, the two brands Benelli and Motobi, were merged into one. This was the heroic time of Provini e Pasolini, of the 4-cylinder 250cc and the second world title in 1969 with the Australian racer Kelvin Carruthers. 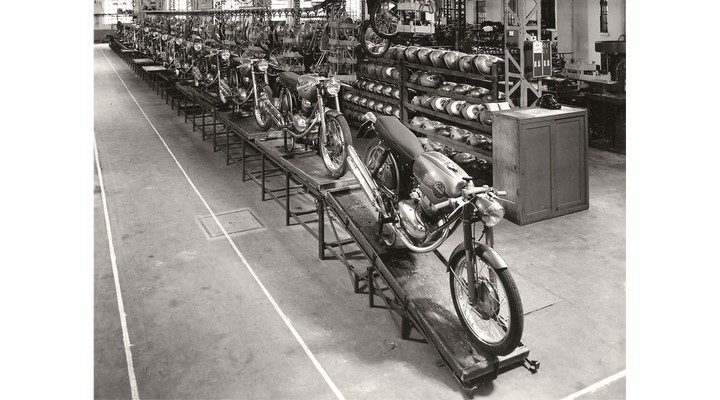 As the Japanese became increasingly fierce and technically advanced, the decline of the company soon became inevitable. In 1989, Benelli was saved from obliteration by industrial tycoon Mr Giancarlo Selci, owner of the Biesse group. It seemed that a new time had begun, but after the first moments of euphoria, the prospects became uncertain again.

In 1995, the Merloni Group of Fabriano purchased the majority stake of the historical brand. Andrea Merloni, the son of Vittorio, was the new company leader, and the fresh start arrived with the aggressive scooter 491. New ambitious projects, scooters and even sports bikes: the Tornado 900cc three-cylinder will also compete in the Superbike championship and the TnT 1130cc. But Benelli had soon to face a new crisis again.

In December 2005, Benelli became part of the group Q.J. It is a Chinese conglomerate spanning multiple models, segments and even manufacturers. Since then, Benelli has been somewhat underwhelming but a steady contributor to the market nonetheless.