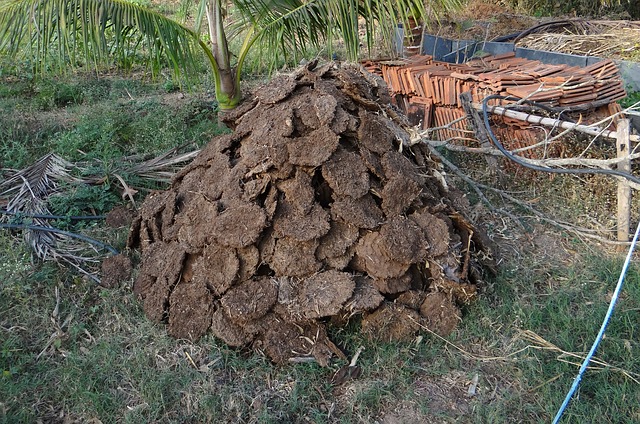 Cryptocurrency since its inception back in 2009 has created quite a market for itself. A lot of discussions have been put into Crypto mining. It is regarded by some as a savior as it has allowed the investors to get out of the centralized economic systems across the globe. Although there is one drawback to this new innovative digital currency and it is associated with its mining. Before discussing the issue related to mining for those, who are new to this topic let us briefly discuss what is ‘mining’? Mining can be termed as a form of computer control auditing which uses the full potential of a computer’s processor and hence consumes a substantial amount of electricity. This electricity produced through nonrenewable resources is not environment friendly nor cost-effective. Therefore it is deemed unsuitable for mining. This brings in ‘Cow Dung’ or it will be more polite if we say ‘biogas’.

Biogas produced from animal manure is a renewable source of energy. Fossil fuels on the other hand are not. Crypto Mining has long been blamed to use a large amount of energy for its mining purposes. The energy has been obtained mostly from fossil fuels. The burning of fossil fuels has resulted in the production of greenhouse gasses. This issue has gained so much importance over time, that even some of the tech giants like Elon Musk who himself has spent a huge fortune on Bitcoins — one of the Cryptocurrencies have said that, “Bitcoin mining was bad for the environment”. This defines a lot about the change in perceptions. The energy that is obtained through anaerobic digestion will not only be renewable but also eco-friendly.

Electricity Shortages and a Surge in Crypto Mining

As the world and especially the third world countries are facing a nose-dive in the energy sector, the crypto mining demands for more energy are ever-growing. This has brought the world to an unprecedented situation which no one had to believe a few years before. In the words of Professor Brian Lucey “Bitcoin alone consumes as much electricity as medium-sized European country”. It is not just hearsay by the professor, as in one of the researches conducted by the Cambridge University, an index suggested that 133.68 terawatt-hours of electricity were consumed by just Bitcoin mining in one year. On contrary, a country like Sweden consumes 131.8 terawatt-hours of electricity. This has forced the energy sectors of the world for new and indigenous methods and what better than ‘biogas’.

A life changer for the Livestock farmers

The production of energy from renewable resources can open a new horizon for the livestock farmers who waste a lot of animal manure annually. The biogas obtained through anaerobic digestion can help the farmers to start a lucrative side business for themselves. They can earn many times the amount of income that they can achieve if they would utilize the energy in some other way. They can start mining the crypto themselves. This is much lucrative for those farmers who have a large number of cattle at their disposal as they can produce more ‘green energy’. This will help the farmers to grow and will also facilitate the crypto industry.

How to Make Electricity From Animal Manure?

I hope you are convinced so far? If yes, then this leaves us with only one piece of the puzzle and that is how to turn the ‘Cow Dung’ into ‘Crypto Coins’. Well, let’s discuss it. The process of making electricity from animal manure is simple starting from gathering animal manure and then putting it in a digester with a continuous supply of heat to produce ‘methane gas’. Which is again burnt in an ignition engine to start a generator and from there the electricity is produced which in this case can be utilized in running the computers for mining the cryptocurrency.

Globalization has posed new challenges. The energy sector is the frontier for future conflicts. This brings us to the need to start answering these challenges with new innovative ways as the saying goes “Modern problems require modern solutions”……..