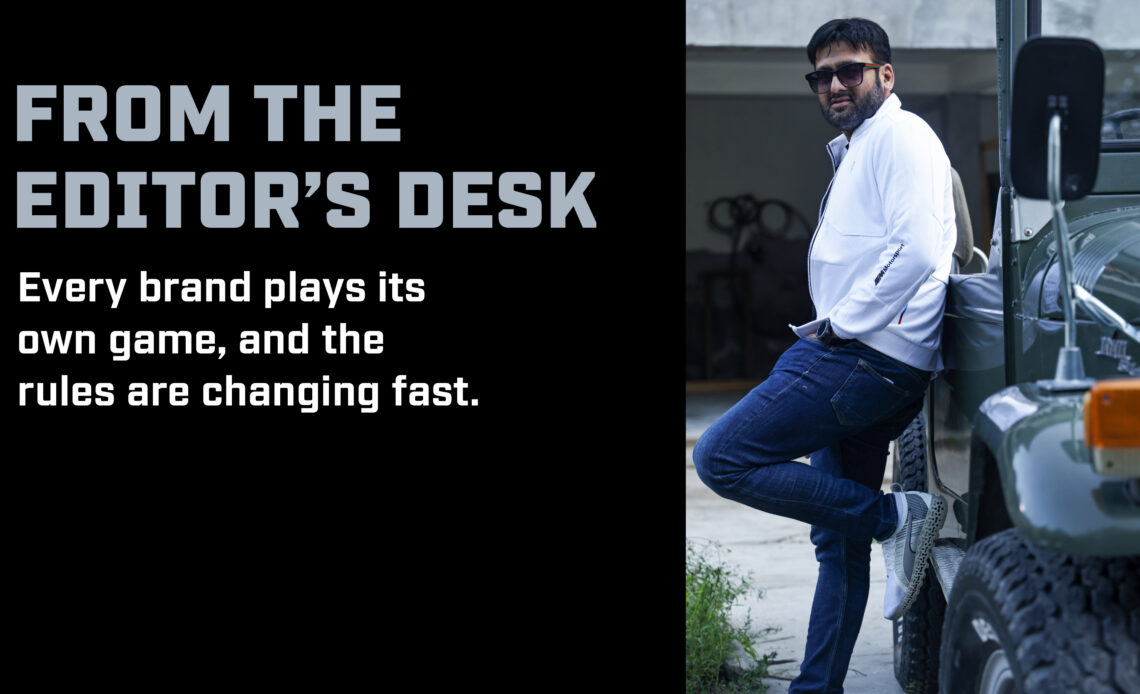 On one side, Samsung unfolded Galaxy Z Fold4 and flipped the Galaxy Z Flip4 pushing the boundaries for folding screens with precise hinge engineering. On the other side, Cupertino has been busy with incremental developments and raising the bar with safety features with the next generation of Apple devices. Every brand plays its own game, and the rules are changing fast. The ‘ecosystem’ will be the future as brands like Oneplus, Vivo and Oppo are taking inspiration from Apple while having their own gameplay. The Gaming special issue features How Big is Grand Theft Auto? I hope you’re aware that developers spent a massive budget of $265 million in developing GTA V, and it earned $1 billion in its first three days on the shelves, which means it’s time to play games seriously. Now digest this: the global online gaming market generated  approximately $26 billion dollars in revenues in 2022.

Games aside, Apple unveiled their iPhone 14 lineup with no foldable screen, no fingerprint sensor, and no groundbreaking design, but under the hood, they have put more power and some unthought-of features. Along with iPhones, the other notable launches were Apple Watch Series 8 and Apple Watch Ultra. Cellular International Roaming in the Watch Series 8 to start along with crash detection [up to 256G] with the help of new sensors of accelerometers and gyroscopes. It’s also going to measure your stride and can take your ECG.

Apple Watch Ultra is the real game changer as it features Aerospace grade titanium, 49 mm flat sapphire glass, and three speakers that should make talking and hearing crisper. It has an orange customisable action button and up to 36 hours of battery. Also, it has a siren feature, which can be heard up to 600 feet, throwing a challenge to the Garmins of the world. Apple iPhone 14 has SOS via satellite which will be free for 1st two years, and no idea if available in India, as it is currently offered only in USA & Canada. However, the idea of connecting via satellite through SMS in no-network areas is novel. Some folks at Cupertino had gone for a cross-Atlantic expedition to throw in all such features. Once again, the Pro devices’ cameras have been improved radically with the A16 Bionic chip, the fastest available today. Also, it has an Alwayson display and dynamic island on the notch, which will not irritate you with notifications while doing other things.

Samsung, on the other hand, with its new generation of Fold & Flip, Watch5, and Buds, are the best in case you want to remain in the premium range of the Android ecosystem. The irony is that Apple & Samsung do not allow each other’s products to communicate freely, and it’s more of an ecosystem you will have to buy into. Even if I love the Galaxy Watch5 design, I cannot have it paired with my iPhone, and that is the biggest game that the tech giants are playing today.