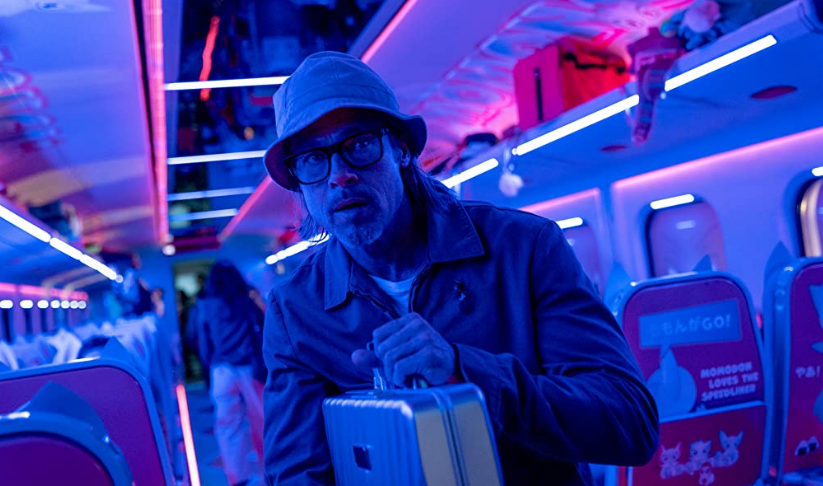 2022 felt like a breeze at the movies after the gloomy pandemic times. The Indian audience especially was at a unique place as we got to enjoy films portraying different cultures, languages, and stories across the country while the big Hollywood blockbusters also made their way to the cinemas. 2022 was not perfect for films as the boycott culture took over Bollywood, but films were appreciated and celebrated nonetheless. Here is a look at the best films released in 2022. 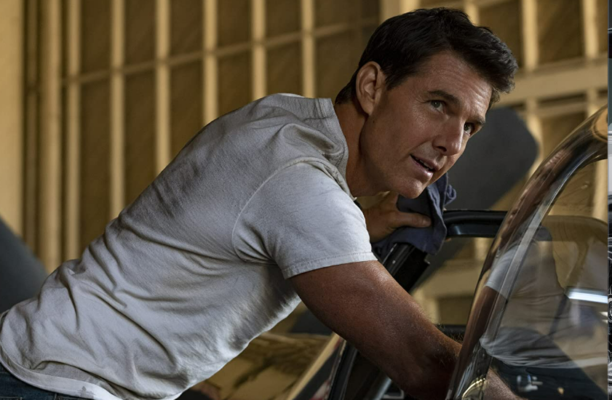 Starting off with the biggest blockbuster of the year. Tom Cruise flew his way to the theaters piloting the Grumman F-14 Tomcat fighter jet and won our hearts. The sequel for the original Top Gun film was long overdue but Tom reportedly did not want to reprise the role of Maverick for a cash-grab project. With Top Gun: Maverick, Tom Cruise cemented the fact that he is still a box office cash machine and perhaps the last of the stars. 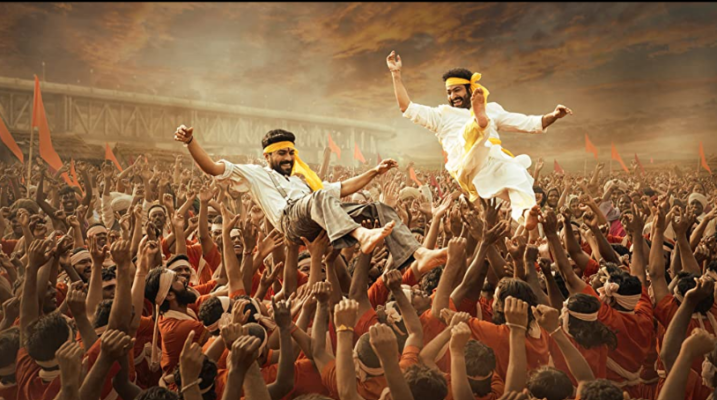 While RRR was expected to make a splash at the Indian box office, nobody expected the SS Rajamouli directorial to carve its place in global pop culture. The film was screened at the esteemed TCL Chinese Theatre in Los Angeles where Americans were seen doing the ‘Naatu’ dance, a treat to say the least! The film currently has a lot of Oscar buzz around it even though it was not nominated from India. After conquering the American box office, RRR also shined in Japan making it a true Indian global blockbuster.

Everything Everywhere All At Once 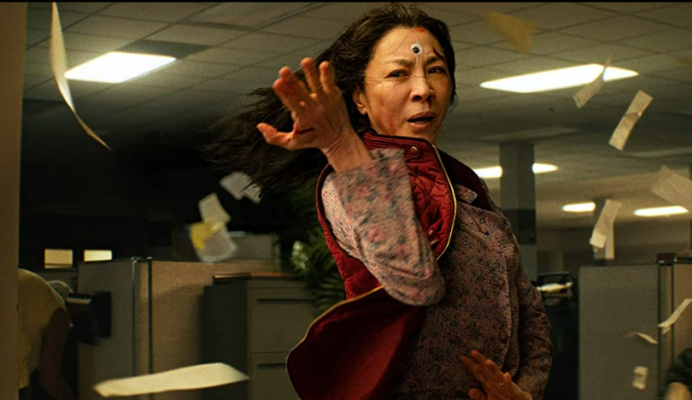 If you want to feel what an acid trip feels like without actually taking any then you need to watch The Daniels’ directorial right away. This film explores the concepts of the multiverse better than Doctor Strange In The Multiverse of Madness by a mile (Sorry Marvel!) The film revolves around the character of Michelle Yeoh who is coursing her way through an existential crisis, dealing with family troubles, and… the IRS?! You’ll get what I am talking about once you watch this mind-bending film. 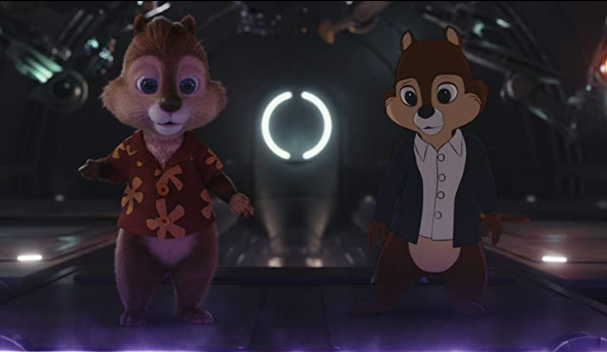 Who thought that a Chip ‘n Dale movie in 2022 will be anything else but a cash grab? 2022’s direct-to-Disney+ film Chip ‘n Dale: Rescue Rangers was a breath of fresh air amid corporations trying to use the nostalgia bate in order to put butts in the theatre seats. The film follows the titular characters thirty years after the television show has gone off-air. Chipmunks Dale and Chip live different lives but are forced to reunite when a cast member of the original show mysteriously disappears. People who love pop culture are in for a treat as the film is filled with fun references, even an ugly Sonic one! 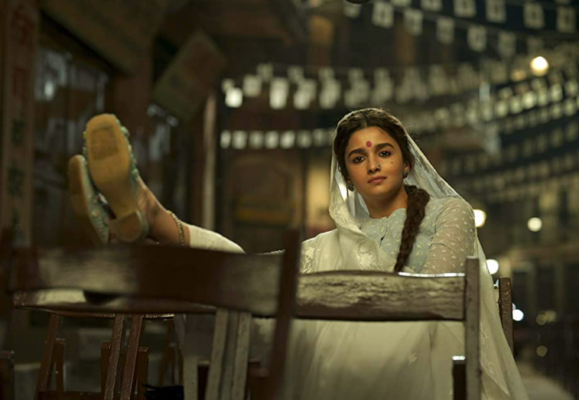 This twisted tale of Gangubai Kathiawadi surely loses its steam by the time it ends but successfully builds a world, characters, and set designs that are awe-inspiring. The film is based on S. Hussain Zaidi and Jane Borges’ spine-chilling book ‘Mafia Queens of Mumbai,’ and showcases Ganga’s rise to power from a sex worker to a celebrated queen of Kamathipura in Mumbai. Alia Bhatt’s performance in the film was widely appreciated and the film lit up at the box office at a time when big superstars failed to get the cash registers ringing. 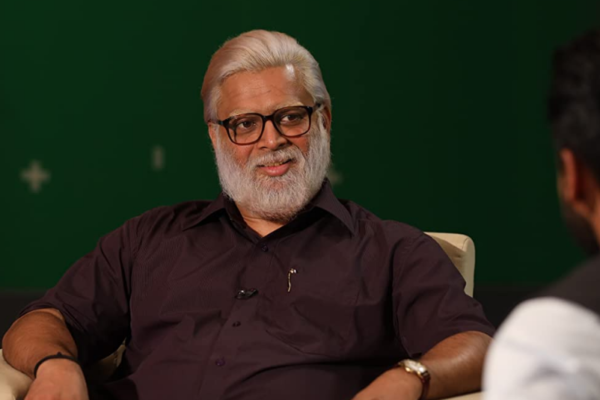 Rocketry: The Nambi Effect marked R. Madhavan’s directorial debut. The film was not just critically claimed but also made decent collections at the box office. The film is based on the life of ISRO scientist Nambi Narayan and spans across his days as a graduate student at Princeton University to getting accused in the ISRO espionage case. The film premiered at the 2022 Cannes Film Festival and was released in multiple languages. SRK fans can enjoy his extended cameo in the Hindi version of the film. 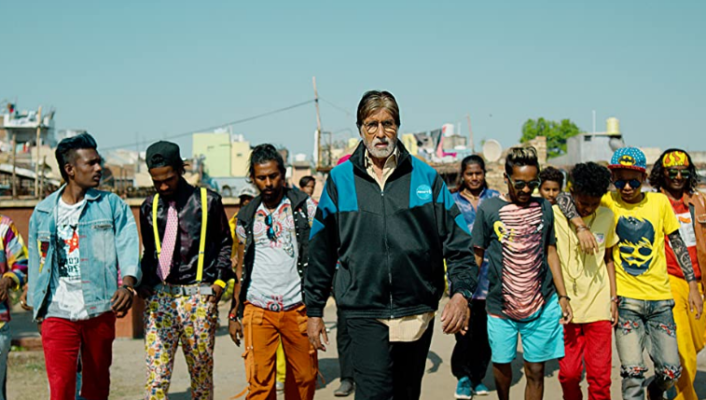 What happens when celebrated Marathi director Nagraj Manjule and the legendary actor Amitabh Bachchan collaborate on a film project? The result is the captivating film Jhund which leaves the audience stunned with its honest portrayal of kids growing up in slum areas. The film is based on the life of football coach Vijay Barse, the founder of Slum Soccer NGO, and how he gets slum kids hooked on a sport to distract them from nefarious activities. 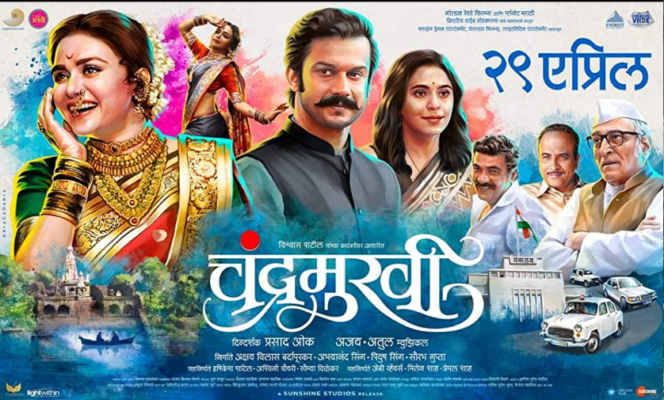 2022 was the year of regional films in India and this Marathi film took people by surprise! The Prasad Oak directorial film revolves around the love story of a Tamasha singer/dancer and a rising politician. The film is a period piece that explores the concept of adultery, relationships, women’s exploitation, and the influence of politics on people’s lives. The film was based on Vishwas Patil’s novel of the same name – Chandramukhi. 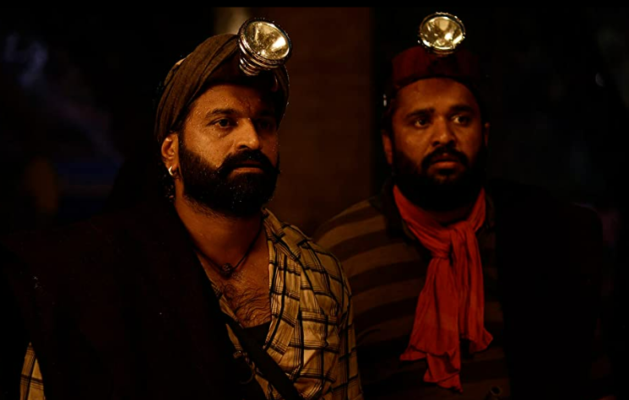 This film was a case study for Indian filmmakers on changing audience behavior. While a film like Kantara could easily get smashed between blockbusters before the pandemic, it managed to become one of the biggest hits in the post-pandemic era. The film revolves around the conflict between humans and nature with a twist of Bhootha Kola. The film depicts Supreme God Vishnu’s third incarnation on earth called the Varaha Avatar. The riveting climax made Kantara a must-watch for cinephiles and casual moviegoers alike. 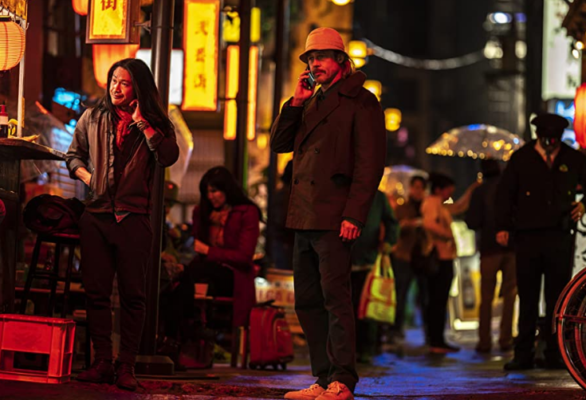 If you’re a fan of the Quentin Tarantino genre of films then Bullet Train is the perfect fit for you. You must have seen situational comedies but how about a situational crime thriller? The film revolves around five assassins boarding a fictionalized version of Japan’s bullet train and all hell breaking loose! It features an ensemble cast of Brad Pitt, Sandra Bullock, Bad Bunny, Aaron Taylor-Johnson, and a surprise cameo I would not like to reveal. Watch it for the laughs, thrills, and exhilarating climax! 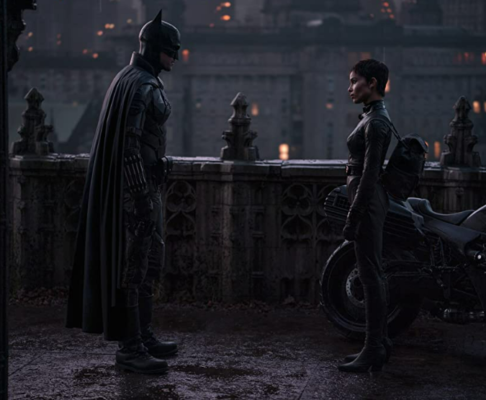 The only superhero movie worth mentioning in this year’s top films is Matt Reeves’ directorial The Batman. While Marvel had a lukewarm year in 2022 with only Black Panther: Wakanda Forever being an amazing film, DC had its fun with The Batman and Black Adam. Matt Reeves’ iteration of the caped crusader was somehow darker than its previous versions featuring Ben Affleck and Christian Bale. One can only hope that this version of Batman stays on as DC’s primary Batman as they’ve got a lot of Dark Knights running around the multiverse! 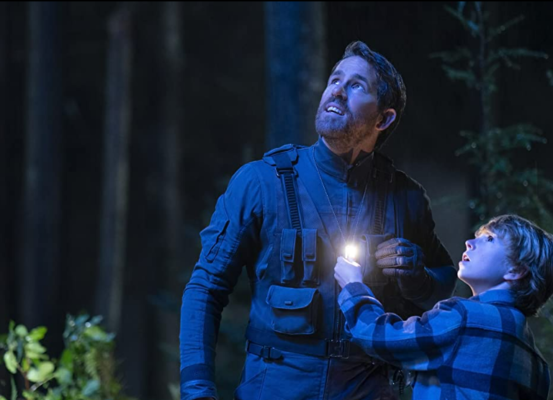 What happens when Ryan Reynolds, Mark Ruffalo, Jennifer Garner, and Zoe Saldana feature in a film together? You get a heartwarming tale sprinkled with a lot of action. The film features Ryan Reynolds as a pilot from the future who goes back in time and meets his younger self while trying to discover the reason behind his wife’s disappearance. The film was helmed by director Shawn Levy who is all set to direct the upcoming Deadpool 3, so the project rests in safe hands! 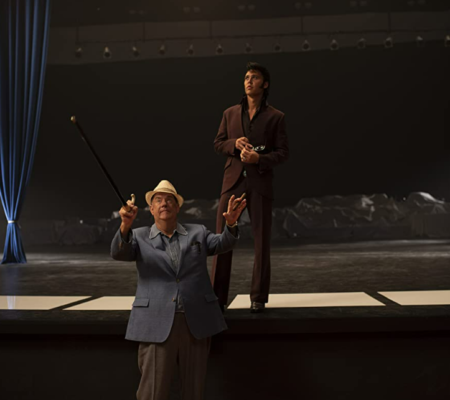 While we definitely need a break from the biopic trend going around in mainstream movies, Bas Luhrmann’s directorial Elvis is one film I do not mind. The film is based on the life of the musical star Elvis from his rise to fame to his death and everything in between. It features a top-notch performance by Austin Butler as Elvis Presley and Tom Hanks as Colonel Tom Parker. While the film focuses a lot more on the Colonel’s character than Elvis himself, it manages to pull an interesting narrative overall. Watch it for the trippy visuals!

Minions The Rise of Gru 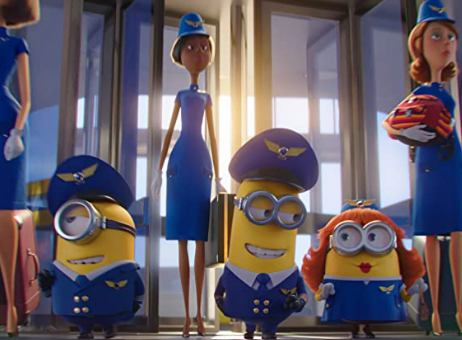 Minions The Rise of Gru sheerly made it to the list by its influence on the world when it was released back in July 2022. The ironic meme posting around the film actually made me go buy a ticket for the film and watch it surrounded by a bunch of kids having the times of their lives! Funnily enough, Minions The Rise of Gru was one of the few films in Hollywood in 2022 that actually managed to get near the billion-dollar mark at the box office at a budget of only $80 million. 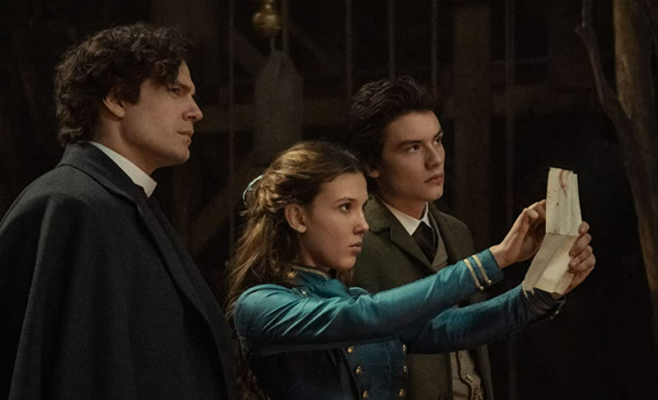 If you’re interested in suspense thriller films that don’t lean towards a dark narrative then Enola Holmes 2 is the perfect little film for you. This film features Millie Bobby Brown’s Enola Holmes starting her own agency and struggling to make ends meet until the day a factory worker seeks her help to find her missing sister. The film also features a hearty cameo by Henry Cavill which is a treat to say the least.