Marvel Super War: A gateway to the Marvel Universe! 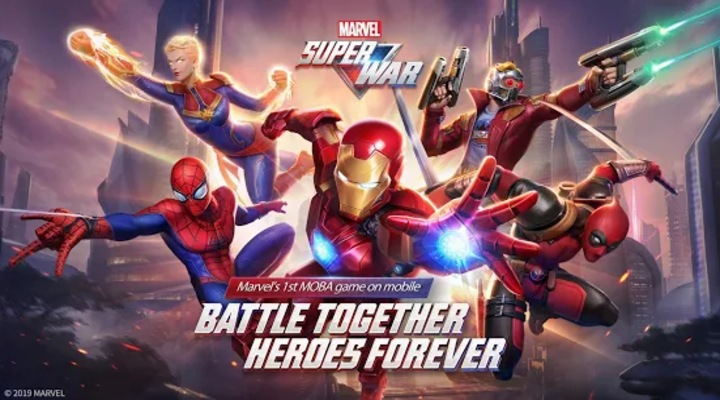 Did you ever wish to see Iron Man go against Spiderman? Have you regretted Thor not aiming for the head of Thanos? Were you angry when Starlord disturbed Mantis’s spell and ruined their chance? Well, here’s your chance for redemption. Comic book giant Marvel recently collaborated with game published Netease to launch “Marvel Super War.”

The game is based in the fictional marvel universe and falls in the Multiplayer Online Battle Arena (MOBA) genre. Older gamers who were associated with Valve’s Dota2 will find themselves at home with Marvel Super War. You get to pick one among multiple Marvel superheroes, each with their unique role and skillset. The players then duke it out 5V5 on the same map, with an objective of destroying the other team’s base tower. 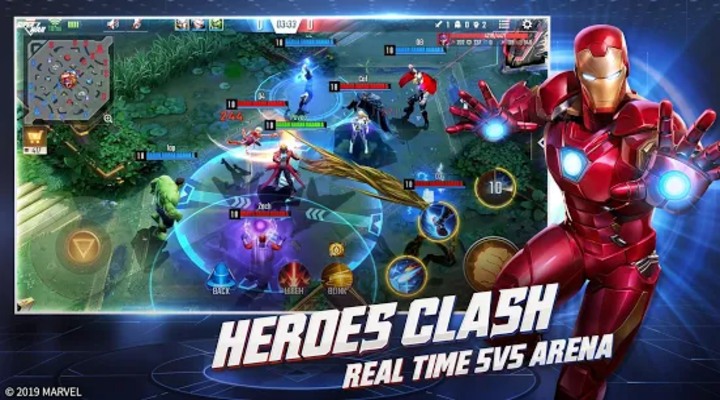 Marvel Super War can be played against the setting of Wakanda, which is Black Panther’s country. The map is divided in three lanes for each team and every player is assigned a lane. The superheroes are divided into five individual classes, though some heroes share their characteristics with other classes. These include Fighter, Energy, Assassin, Marksman and Support.

As the names suggest, each category has its unique advantages and drawbacks. The essence of the game is to make the perfect team and win the battle. Of the five players, three are given the job of handling enemies on their lane, while one enters the “jungle” to level up. The jungle is a neutral area spread across the map, which has neutral creeps. These creeps offer additional buffs and are usually killed by assassin heroes, who are also known as “junglers.” The fifth hero, which falls under the Support category, can roam around the map and support any team mate stuck in a difficult situation. 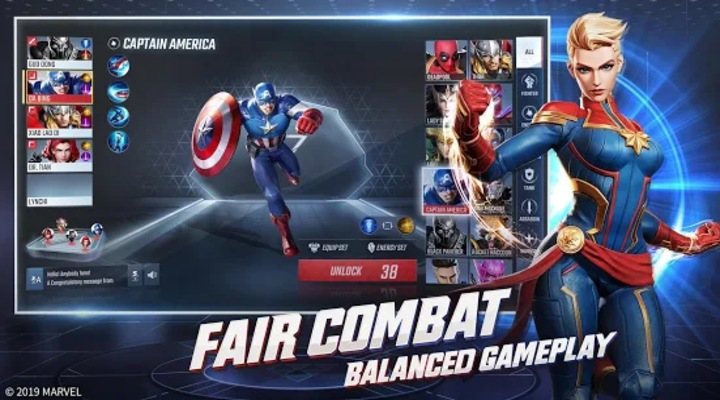 Each hero has either three or four skills, depending upon the hero selected and begins the game at level one. As the game progresses, the player can level up his respective hero by collecting gold and by gaining experience. Each hero upgrades up to level 18, while improving all his skills along the way. Gold can be collected by killing enemies, enemy minions, neutral creeps or destroying the guard turrets that protect the enemy base. The game also has a shop of inventories, of which any six can be purchased by each player to further enhance the hero abilities. 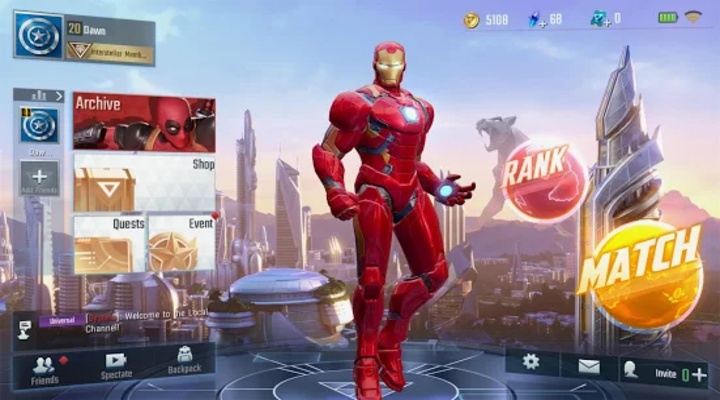 Marvel Super War also features Surtur that can be killed by any member of any team, following which that player’s team will be aided by Surtur. It then becomes the job of the opposing team to kill Surtur again before it does any serious damage. 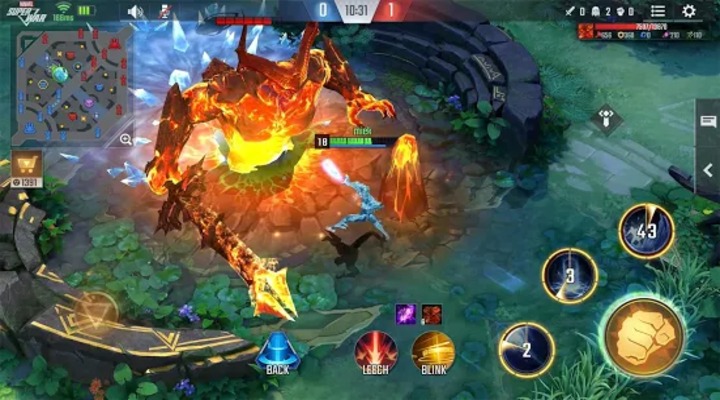 Marvel Super War includes several popular superheroes such as Captain America, Hulk, Black Widow, Thanos, Iron Man, Spiderman and Hawkeye, among others. It also includes members of the X-Men, the Fantastic Four and the Guardians of the Galaxy. Players have the liberty of choosing one of all these characters, giving the player a wide range of options. The game is also expanding continually and is adding new heroes every month.

Fans of the Marvel Universe can bring their wildest fantasies to reality with this game. You can pit Rocket Racoon against Groot, you can make Ronan help Starlord defeat Thanos or you can even make Thanos fight alongside Iron Man! The possibilities are endless, letting the player enjoy hours upon hours of gameplay without boredom. 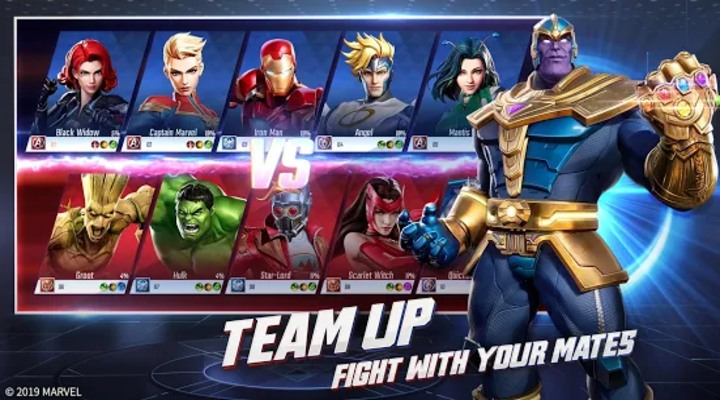 Marvel Super War was released in December 2019 and I have been playing it since then. It has seasonal updates like any other online multiplayer and it is currently preparing to launch the third season. There are close to 60 heroes, with more coming in. My personal choice is mostly among the Energy or the Marksman heroes. Energy heroes include Mysterio, Magneto, Storm, Human Torch and Iron Man, among others. Marksman heroes allow you to choose from Hawkeye, Angel, Vision, Rocket Racoon and Starlord.

While the Energy heroes do not do much damage with basic attacks, they are extremely powerful spellcasters and can change the course of the game at any moment. Marksman heroes on the other hand give much higher damage with their basic attacks, but their skills offer limited boost. My other choices are also among Tank heroes, that include Hulk, Ronan, Cull Obsidian and The Thing, among others. These heroes are extremely damage resistant and prove a major blow absorber for the team.

As mentioned earlier, the essence of the game is to form the correct team and gain a tactical advantage over the enemy team. Friends can even team up to play in a custom room and form their own teams to fight each other. Finally, every Marvel fan can realize his dream of seeing The Avengers battle the X-Men, or the Fantastic Four go against the Guardians of the Galaxy. Marvel Super War is currently exclusive for the Android platform and is free-to-play. Its next update is scheduled for July 9, 2020 and will add “Adam Warlock” as a new hero.