The doting journey of DotA!
Gaming 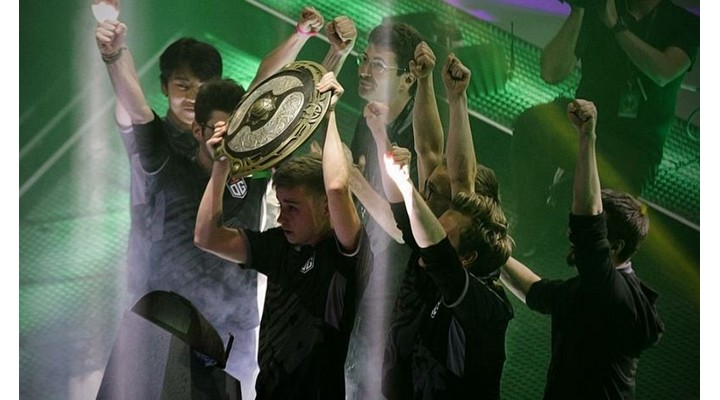 When it comes to gaming, there is hardly any doubt that DotA is one of, if not the most influential and lucrative game of all time. Since its inception, it has amassed a large and loyal following of millions of players. Despite DotA being a free-to-play game, its community ensures that its creator, Valve, is heartily remunerated. Be it via skin grabs or tournament passes, but player transactions have admittedly been one of the significant sources of funding for DotA 2 prize pools. But how did it go from being a simple mod to an international sensation? Well, it’s quite a journey! 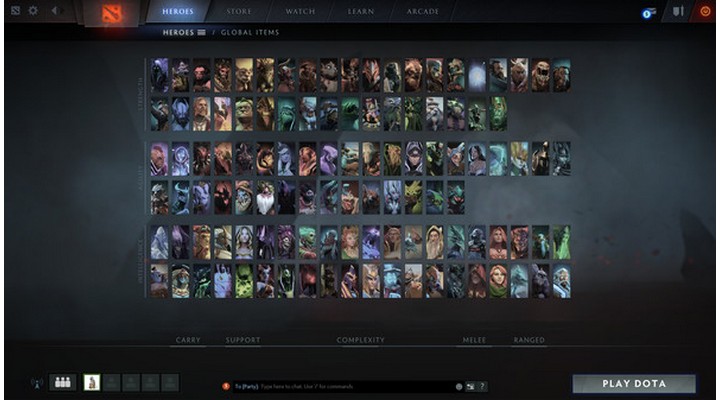 DotA is one of the most successful games of all time. Its creators, Valve, are responsible for the game’s meteoric rise. At the same time, while Valve is responsible for the success of DotA, it’s important to note that this game was initially built by the community. The Aeon of Strife mod is an excellent example of tracing DotA’s roots back to the beginning. It was built on top of Blizzards popular real-time strategy game, Warcraft. It was eventually ported to newer versions of the game. This game is where the basics of MOBA were born. Unlike the modern version, it lets players control their units and has a custom map. This game was a co-op affair, played against AI teams. It featured a three-lane system, which allowed players to creep towards a foe’s base without much difficulty.

Created by modder Kyle “Eul” Sommer, the mod was quite akin to modern-day DotA. Five players would compete against five others on a map with three lanes, destroying the opposition base, with creeps running down each lane. Each unique playable character had different abilities and progression. The basics of DotA were born here.

Despite the mod’s popularity and not realising that he had developed what would become one of the most financially successful genres ever, Eul stepped away from developing DotA shortly after launching it. He did try to create a sequel, but it never really took off, and his involvement in DotA eventually fizzled out (later, he ultimately signed away all of his ownership of DotA to Valve).

As many tried – and mostly failed – to create other versions of DotA, it became clear that it would be DotA: Allstars, developed mainly by another modder, Steve “Guinsoo” Feak, that would be the main version of DotA in the future. Allstars is, for the most part, what people mean when they refer to the original DotA. The version played for years on the pro circuit and ultimately what set the base for DotA 2.

After a couple of years, Guinsoo, along with Steve “Pendragon” Mescon, who built the DotA community hubs, would go on to Riot Games and make League of Legends (another hugely popular MOBA with many similarities to DotA), leaving control of DotA: Allstars with IceFrog, the mysterious developer who would go on to become the single most influential person in the history of DotA. 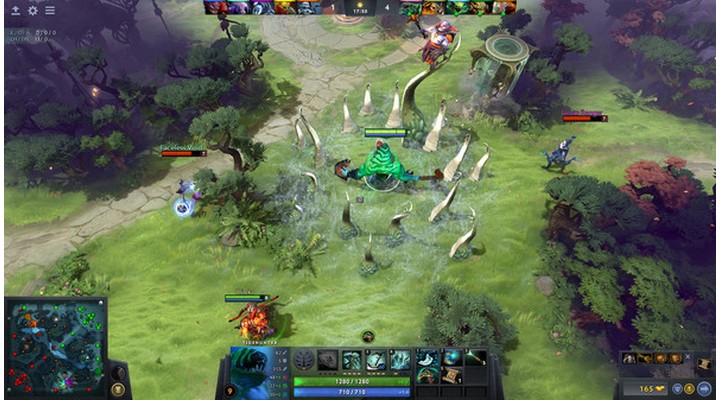 IceFrog didn’t come in and change everything, but he did become the primary person responsible for balance and new content, shaping the way gamers played DotA. DotA continued to be a massively successful game with no support from any significant developers or publishers. The entirely fan-made game became one of the biggest esports in the world, with major tournaments and thousands of dollars up for grabs. But with the launch of League of Legends and Heroes of Newerth, it became clear that the MOBA genre would become a big deal, and DotA needed backing to stay relevant. That is where Valve came in.

In 2009 IceFrog revealed he had joined Valve and worked on a project with them, which everyone under the sun instantly realised would be MOBA. But it wasn’t until 2010 that we first got official word of DotA 2. Valve revealed the game and that it would be released in beta form in 2011 but gave some press access to the game earlier – and early signs were positive. Outside of a controversial trademark filing for the term ‘DotA’, which sparked years of legal battles, DotA 2’s development went reasonably quiet for a good few months. 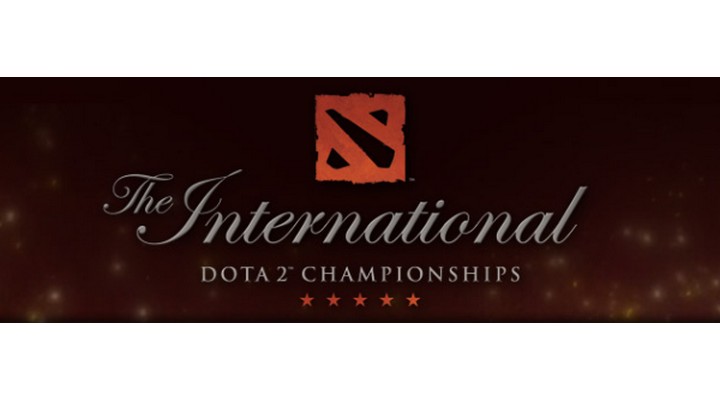 Then the giant gaming expo Gamescom 2011 rolled around, and Valve decided that the best way to show off DotA 2 to the public was to host a $1.6 million tournament, the largest prize pool ever at an esports tournament time. The small booth in the middle of Gamescom showed off the game not just to those in attendance, who also got invitations to the beta, but the wider world who were all watching the live stream of the competition. It turned out to be a genius move, with thousands of people learning what DotA was and instantly wanting to play the game.

Valve started to invite more and more people to the beta as the months rolled on, and a pro scene began to form. It was small initially, with most online tournaments and prize pools that rarely topped the $25,000 mark.

But it was the start of what would become the most significant pro scene in all of gaming. Before long, a year had passed since the Gamescom reveal, and The International 2 was announced with another $1.6 million prize pool; they held it in Seattle. With a more extensive player base and the public being able to get into the beta if they wanted to, this was when the DotA scene started to take off. The game was also in a much-improved state, and while it still didn’t feature all of the content from DotA, it had a much larger hero pool and was considerably easier to use, making the action even better.

The year between TI2 and TI3 saw massive growth for DotA 2. The game was finally officially released on Steam for everyone to play in mid-2013, resulting in an enormous new player wave. Valve also brought in crowdfunding for the TI prize pool, which boosted the cash on offer by over $1 million. TI3 was a breakout tournament for DotA. The epic grand final between Natus Vincere and Alliance remained the most iconic DotA match in history and was responsible for bringing in thousands of new players.

DotA continued to rapidly over the next few years, and the tournament scene also continued to evolve. TI remained a massive deal every year, with the crowdfunding drives continuing to bolster the prize pool every year, adding to TI’s long reign as the largest prize pool in esports history. By TI6, the prize pool had broken the $20 million mark, and by TI9, there was more than $30 million on offer.

Valve and IceFrog continued to develop the game, with DotA 2 finally getting the complete roster of heroes from DotA in 2016 and new heroes being added from there on out. Valve later updated DotA 2 to run on its Source 2 engine in the ‘Reborn’ update that completely changed the UI and is one of the most significant updates DotA 2 has ever seen. Since then, the UI and general systems around the game have remained very similar.

Then in 2016, the 7.00 update was released, and it ushered perhaps the most significant shift to the core gameplay of DotA in a decade. Valve overhauled the map, new features added and rebalanced almost everything in the game somehow. It started the trend for a significant game-changing patch to be released in the late stages of each year, but none have quite had the game shifting impact that 7.00 had on DotA. 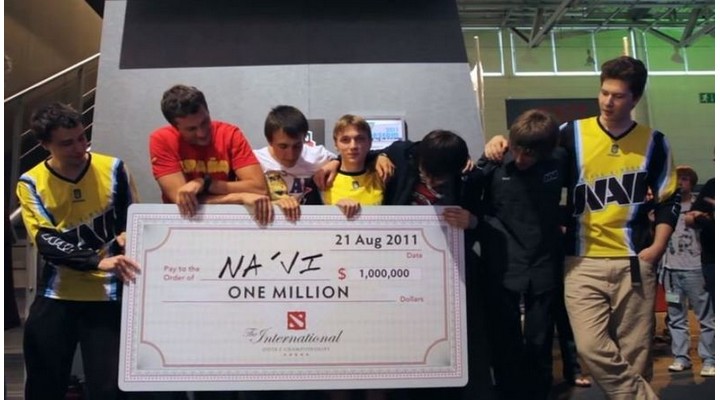 These days the game remains incredibly popular, and the pro scene is still one of the top esports in the world. Millions are given away in prize money every year, and The International continues to be the biggest esports event of the year.

It has been well over 15 years since it first started, but the crazy thing is that if you look back at the first versions of the original mod, you can still tell that at its core, it’s the same game that people are playing today. With no signs of DotA massively slowing down anytime soon, it wouldn’t be surprising to see the game dominate for the next ten years as well.