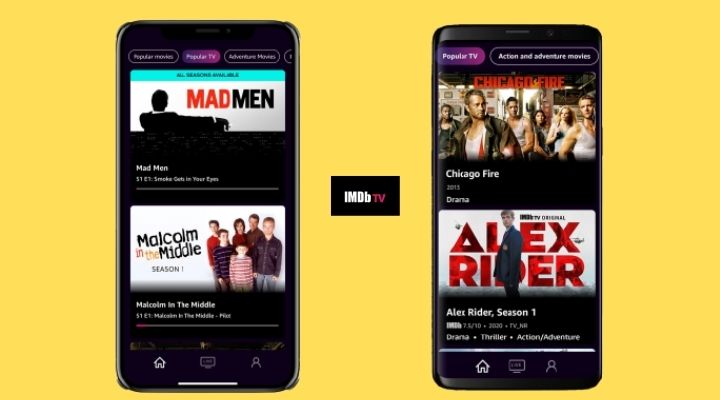 What’s the first thing that comes to your mind when you hear the word IMDb? Of course, movies and series, as the IMDb (Internet Movie Database) website, have been serving the world for a long time. Originally started as a fan-operated website, the database is now owned and operated by IMDb.com, Inc., a subsidiary of Amazon.

In 2019, Amazon founded IMDb TV, a free, ad-supported streaming service, and since then, it is a dedicated hub for free, ad-supported movies and series, which also telecasts content produced by Amazon Studios. It’s been available on various platforms, including the IMDb app, where you could access IMDb TV’s content slate.

All these years, IMDb TV was away from the limelight of iOS and Android as it did not have a standalone app, and that’s where Amazon decided to come up with a dedicated app, which is now available on iOS and Android in the United States. The separate app will make your experience more straightforward, but only if you don’t mind ads.

The newly launched IMDb app provides access to the entire service’s catalogue for free. The content includes a range of classic and even latest movies and shows such as Chicago Fire, Mad Men, How to Train Your Dragon, Schitt’s Creek, All in the Family, Wolf of Wall Street, Donnie Darko, and even Amazon Originals crime drama Leverage: Redemption.

Additionally, according to a recent deal between Amazon and Universal, IMDb TV will also exclusively stream some films made by Universal following their release in theatres and a pay-one premiere on Peacock. Previously, the subsidiary released IMDb TV apps for newer LG Smart TVs, PlayStation 4, Fire TV, Roku, Xbox, Android TV, NVIDIA Shield and TiVo Stream 4K in March.