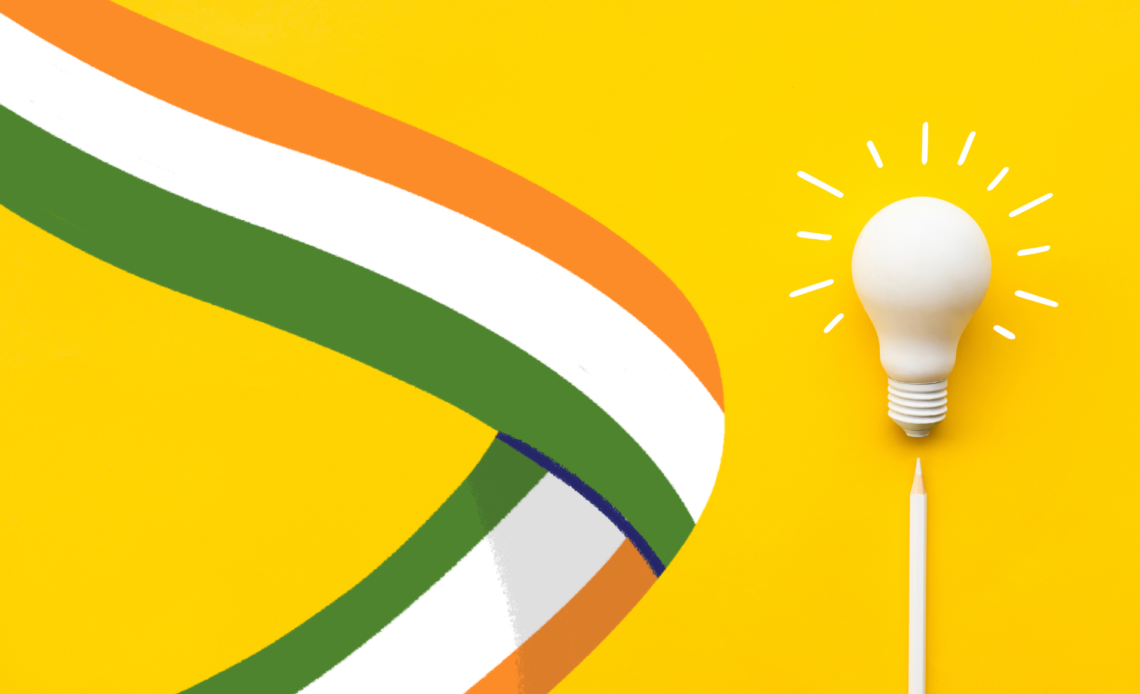 Do you know who invented zero? Well, zero as a ‘digit’ was first introduced by Aryabhata in his place value system, and as an Indian, I’m proud of it cause without zero, everything falls apart. Today, on the event of India’s 75th Independence day, I’m going to oblige you with the top 15 Indian inventions that we’re proud of. Also, I hope you have participated in the “Har Ghar Tiranga” campaign.

Let’s start with the trending issue we all face during the monsoon season or perhaps throughout the year. We can buy a car or something, but we couldn’t have a comfortable ride due to potholes and broken roads. To overcome this problem, in 2006, an Indian scientist, Rajagopalan Vasudevan of the Thiagarajar College of Engineering, developed and patented a unique idea of Plastic roads.

The technique involves sprinkling shredded plastic waste to construct better, more durable, and cost-effective roads. The roads made of plastic-coated stones last longer and reduce road-laying maintenance costs by 50%, as plastic doesn’t allow water to saturate the road. The technology of making roads with plastic waste was adopted globally by many countries, including the United Kingdom.

Back in the 20th century, buying a microscope was out of the league, but today you can buy a microscope for less than 100₹. Looks like you’re stunned. Thanks to IIT-Kanpur alumnus Manu Prakash who developed a paper microscope, an optical microscope made from a sheet of paper and a lens. The invention was part of the “frugal science” movement and can be used in science education/medical diagnosis in rural areas.

Each year, tens of millions of people are diagnosed with cancer worldwide, and Laryngeal cancer is one of the topmost cancer categories in the world. In 2015, a Bengaluru-based oncologist, Dr Vishal Rao, invented a tiny voice prosthesis made of silicon to help cancer survivors talk again. The device is priced at a bare minimum cost of 50₹, far less than the other costly devices.

Before the dawn of the USB, connecting your computer with something required a large variety of ports, such as a PS/2 connector, a serial port, a DIN connector or the Apple Desktop Bus. Then, in 1996, Ajay V. Bhatt, an Indian-born American computer architect, defined and developed the USB (Universal Serial Bus), a little removable storage device, making our data-carrying journey easier than ever.

Have you ever thought that if the Koh-i-Noor diamond belongs to India, we must have mined several other diamonds too? Yes, we have! The diamond mining industry originated in India around 5000 years ago when the stones were found along the rivers Penner, Krishna and Godavari banks. India was the only source of diamonds in the world until the 18th century; no wonder our country was known as Sone ki Chidiya.

We, Indians are widespread for making our mark everywhere with our multi-tasking skills, be it a sports or in a field of science. Everybody knows the tagline Intel Inside, but nobody knows the name of the person who invented the first Pentium processor. The name is Vinod Dham, popularly known as the Father of the Pentium chip for his contribution to the development of Pentium processors.

Today, we have high-speed internet in our homes, office or perhaps, everywhere, thanks to Narinder Singh Kapany, an Indian-American who invented the technology of high-speed internet. The physicist considered the father of fibre optics was regarded as one of the unsung heroes of the 20th century by Forbes magazine for his Nobel Prize-deserving invention.

Being a part of the tech-led world, we can’t imagine our lives without Gmail or Apple Mail, but they’re not the first web-based email services ever invented. The world’s first web-based email service was developed in 1996 by Sabeer Bhatia and Jack Smith. Later on, in 1997, Microsoft acquired Hotmail for an estimated price of $400 million and relaunched it with several new names. Today, we know it as Outlook.com.

Did you know there is a device for measuring growth in plants? Well, most of us aren’t aware of this device called Crescograph, which Sir Jagdish Chandra Bose invented in 1928. Yes, the same person who invented Wireless Communication. Mr Bose used a series of clockwork gears and a smoked glass plate to record the movement of the tip of a plant and proved to everyone that plant has a life too.

Ayurveda originated in India a long ago, but along with it, we have invented several other inventions in the field of medicine, including Cataract and Cosmetic Surgery. The surgeon who invented cataract surgery was Sushruta, popularly known as the Father of Surgery. He invented and developed surgical procedures, which we can find in Sushruta Samhita, an ancient Sanskrit text on medicine and surgery.

We all have faced difficulties while understanding the sin-cos-tan table or perhaps everything that comes under the trigonometry belt. The trigonometry sine, cosine and arctangent were discovered by an Indian mathematician and astronomer named Madhava of Sangamagrama. Along with trigonometry, he has pioneered the study of infinite series, calculus, trigonometry, geometry, and algebra.

The word Shampoo is derived from the word chāmpo, which comes from the Sanskrit word Chapayati, meaning massage. Shampoo, comprising of natural oils and herbs, was invented in the eastern parts of the Mughal Empire.

We have a history in civilization, and Indians are the first human beings who added buttons as an ornament on clothes. The buttons were invented in Mohenjo-daro, one of the settlements of Indus civilisation and they were made of shells and had two holes in the middle.

Water on the Moon

Several countries have successfully conducted their Missions to the Moon, but India’s Chandrayaan-1 was the first to discover water on the Moon. And with that, it’s time to say ba-bye! Happy 75th Independence day to you; stay safe, stay healthy.