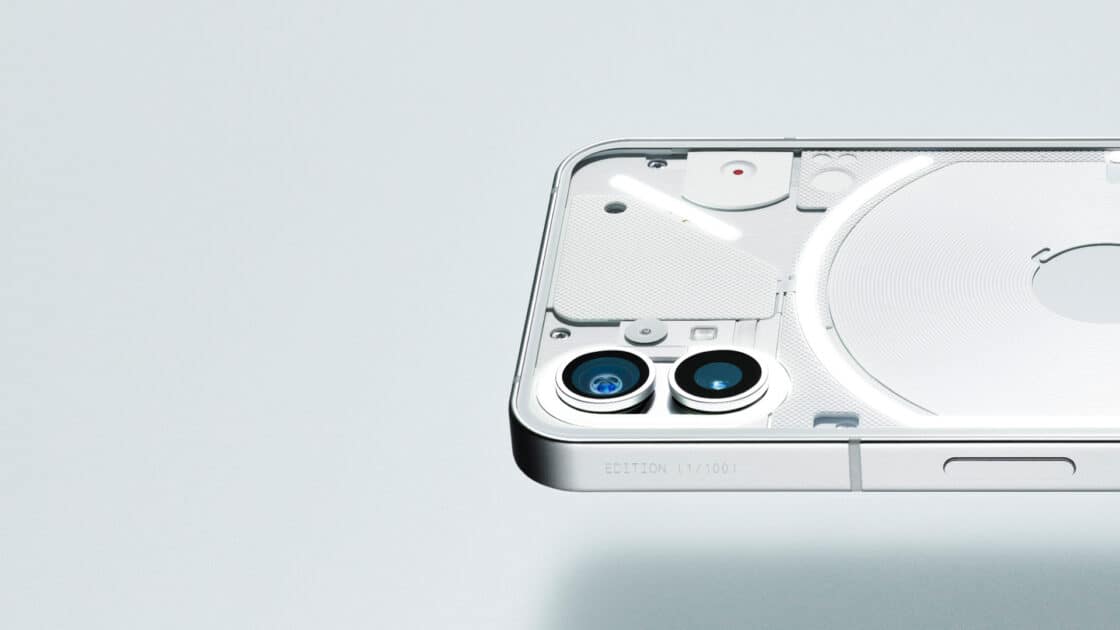 With the Nothing Phone (1) set to launch on July 12, new leaked official renders by Twitter user Roland Quandt reveal the Phone (1) in a stunning new black colour, in stark contrast to the previously revealed white in press images and the exclusive hands-on by MKBHD, as well as Nothing themselves on their own YouTube channel. Images with the all-new Glyph interface, as the London-based startup calls it, on and off are shown.

The new Glyph interface is to be not only aesthetic but also tied to the core functions of the phone. For example, the bottom ‘!’ shaped arrangement serves as a charging indicator for the battery level while charging. Furthermore, the lights along the perimeter of the wireless charging coil indicate wireless or reverse wireless charging.

The rest of the lights work together to offer a massively improved solution to a regular smartphone flash, which often looks unnatural and hinders quality. Instead, the back of the phone is roughly evenly lit and what is described to be fairly bright to aid this for closer subjects. Needless to say, there is still a regular flash.

Funnily enough, the flashiest feature of the new Glyph interface has to be the ringtones. The ringtones available are pretty eccentric and unique thus far, each associated with a certain light pattern. Another Twitter user and tipster Yogesh Brar, the Nothing Phone (1) will be powered by not the new Snapdragon 7 Gen 1 as previously thought, but the well appraised Snapdragon 778G featured on phones such as the Galaxy A73 and M52, amongst others including the iQOO Z6 Pro.

Brar also added that the Phone (1) is expected to come with up to 8GB RAM and a 4500mAh cell supporting up to 45W charging. The 6.55-inch display confirmed earlier is now speculated to refresh up to 120hz. With ambiguity earlier on the rear two cameras, we now know the main sensor will be a 50MP one, and the ultra-wide will be 16MP. The punch-hole selfie camera will also be 16MP although a different sensor.

Although we do have an official date of July 12, the company has confirmed that the initial sales of the product will be on an invite-only basis, something similar to what OnePlus did back in 2014 with both efforts orchestrated by CEO and Founder Carl Pei. There is still no real confirmation on price, but going by the sub $500 price informed earlier, the phone would be competing directly head to head against the likes of the upcoming Pixel 6a, iPhone SE, Galaxy A53 amongst others.