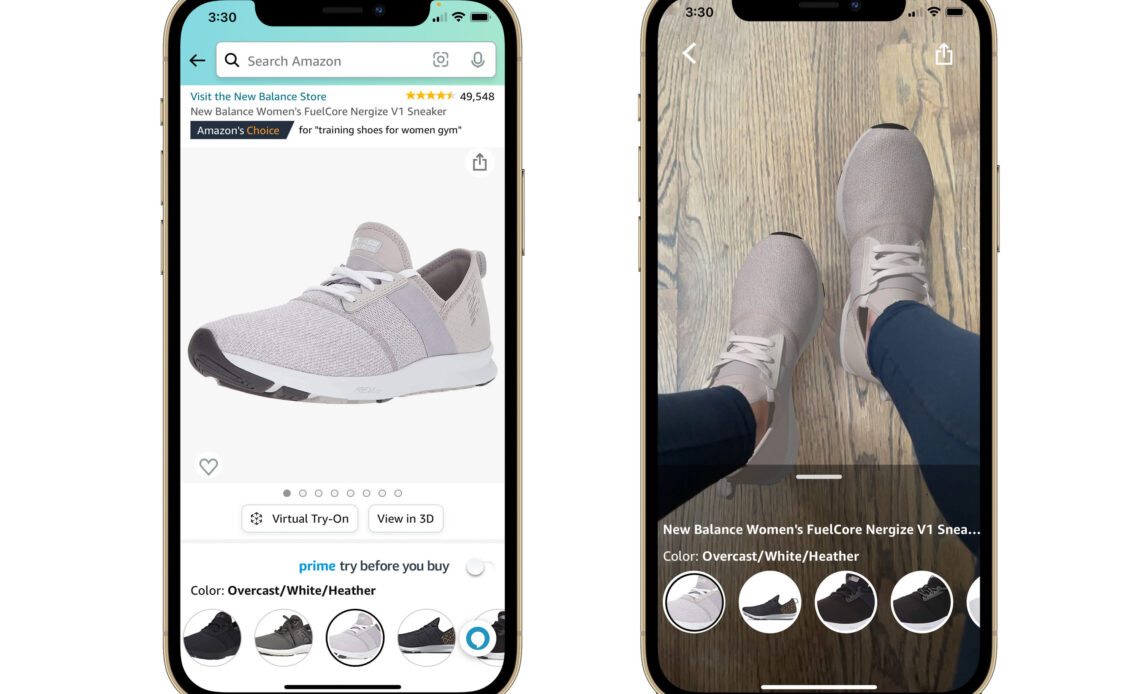 Amazon has recently announced a new way for people to have the best shopping experience for shoes by trying them out virtually before purchasing them. This new feature is called virtual try-on and will be released only for iPhone users in the US and Canada.

Virtual Try-On for Shoes use augmented reality technology to put virtual footwear onto your feet in real-time, allowing you to view your possible purchase from various angles, much like you would in an actual shoe store. Open the official Amazon mobile app on any iOS device and browse the web catalogue for a pair of shoes. Virtual Try-On for Shoes Suitable products will have a “Virtual Try-On” button on their product page. 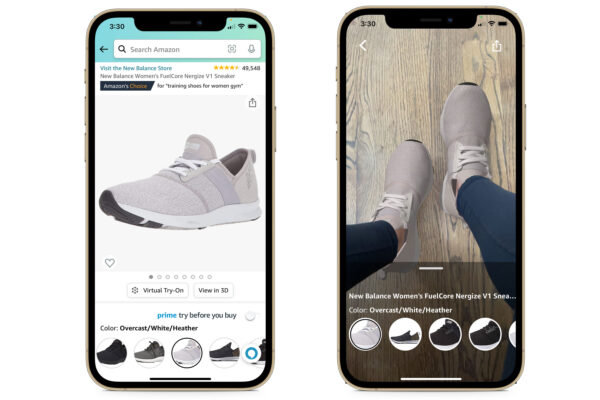 The camera on your mobile device gets activated when you tap this. Now, you have to point the camera at your feet, and a pair of virtual sneakers will materialise on your feet immediately. You can even adjust the colour of your digital kicks and take a snapshot of them to share with friends and family in case you need a second view.

This feature will be compatible with multiple brands like Adidas, Asics, Lacoste, New Balance, Puma, Reebok, Superga, and Saucony, with plans to introduce other brands and styles. Virtual Try-On for Shoes is now only accessible to iOS users in the United States and Canada, but the company has stated that an Android version will be released soon.