Beautiful Indian villages you must explore in 2022 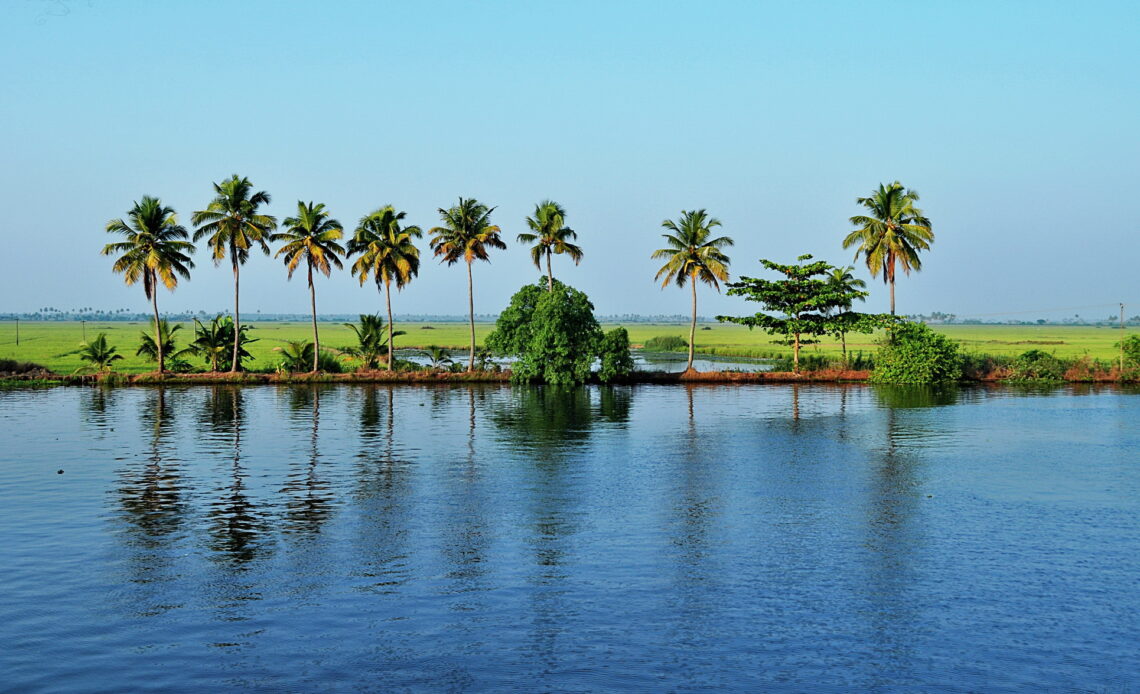 Every year millions of tourists and travellers visit India, but only to explore the celebrated places of the country. When Mahatma Gandhi, the father of the nation, came back to India from South Africa, he travelled throughout the country to understand the ground-level situation of the villages. Do you know why? He preferred to visit villages instead of cities because he knew the real India lies in its villages.

Even today, after 75 years of independence, a large number of our population prefer to live in rural areas, where the natural beauty of the country rests peacefully. India is amongst the top 10 countries in the world when it comes to the number of World Heritage Sites. Recently, India became the world’s fifth-largest economy by overtaking the United Kingdom, the country that once slaughtered India and treated Indians as enslaved people.

Come on, enough of history, it’s time to take a look at the 10 most beautiful Indian villages! 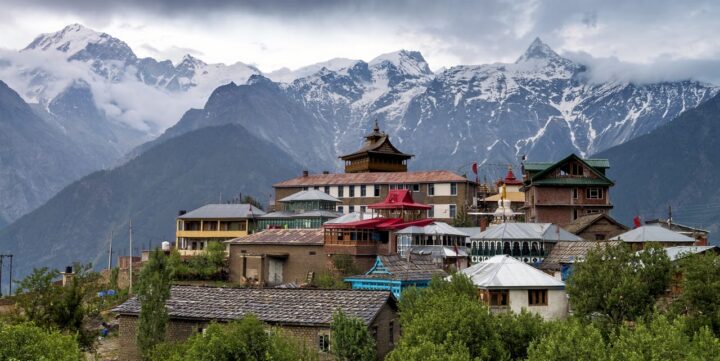 We’ve many beautiful places to explore in our country, but only a few stay in our hearts. Kalpa – the winter home of lord Shiva, is a scenic town situated in the lap of Himachal Pradesh and is considered one of the best-kept secrets of the state. The stunning town offers mesmerizing views of the Kinnaur Kailash range of the Himalayas, and the climate here is perfect for people looking for a chaos-free vacation. 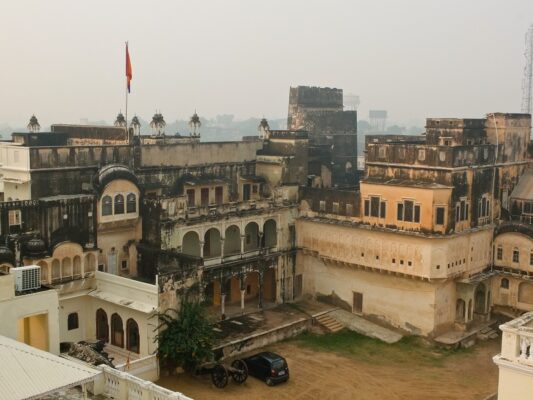 Naah, we’re not referring to the beautiful beach town of Alibaug here. The place we’re mentioning here is located in the Jhunjhunu district of Rajasthan and was once home to wealthy Rajasthani merchants. The town of Mandawa is known as an “open art gallery” due to its beautiful grand havelis. The havelis were built by Shekhawati rulers and consist of exquisite paintings, murals, and various other captivating artefacts. 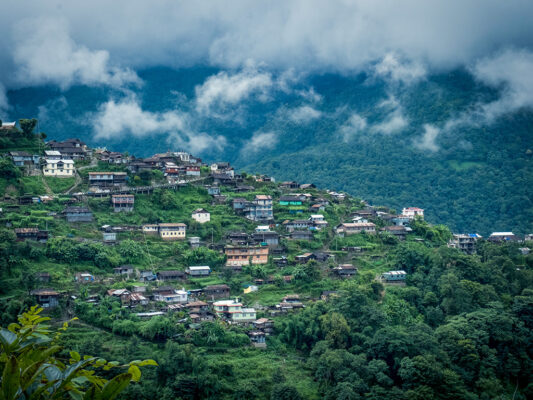 We all are aware of the natural beauty that lies in the north-east region of India. Khonoma is one such stunning town located on the 20 Km west of Kohima, the capital city of Nagaland. The town is known for the valour and courage of its people in the past. Due to its initiative to conserve flora and fauna of the region, today, the village is called a green village, where hunting and logging in the forests are strictly restricted. 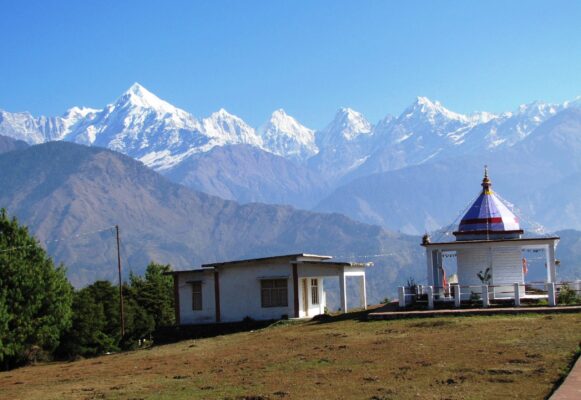 Wanna experience snowfall on your next vacay,  then Munsiyari, an offbeat hamlet in the Pithoragarh district of Uttarakhand, is the perfect place for you. The name ‘Munsiyari’ means a place with snow in the local language. The beautiful town is famous for its eye-catching beauty and trekking spots. The popular hill station is situated at the base of the great Himalayan mountain ranges and offers surreal views of the Kumaon hills. 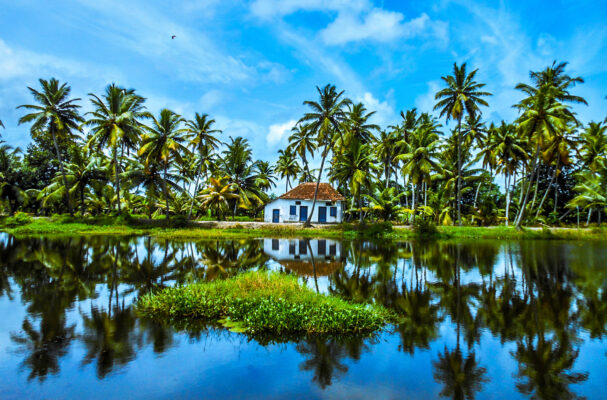 The first village on our list is in the god’s own country, Kerala, and is hailed as the rice bowl of Kerala. Kuttanad is a delta region of about 900 sq. km situated on the west coast of Kerala State and is famous for its paddy fields and red water lilies. The area covers Kottayam and Alappuzha districts and bears a solid resemblance to Holland regarding geographical features; that’s why it is also referred to as the Netherlands of Kerala. 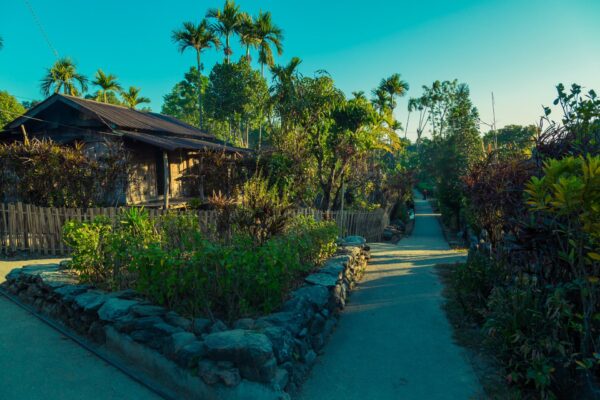 You might have seen an image of a living roots bridge somewhere on social media and have spent at least a minute thinking about it. Well, that’s not a processed image, Mawlynnong, a town in the state of Meghalaya, actually has it, and it’s about 1000 years old. The town is often referred to as one of the most beautiful towns in India and is called God’s own Garden. The town remains untouched by human interference, making it more exotic. Sometimes the beauty of a place lies in its emptiness, and Hodka, a desert town situated in Gujarat, matches the description of the moment. The place is home to the Meghwals, who are known for their contribution to embroidery and the textile industry. The town has one of the most beautiful traditional houses in the country, and they are constructed in such a way that they stay cool from the inside during summer and warm in winter. 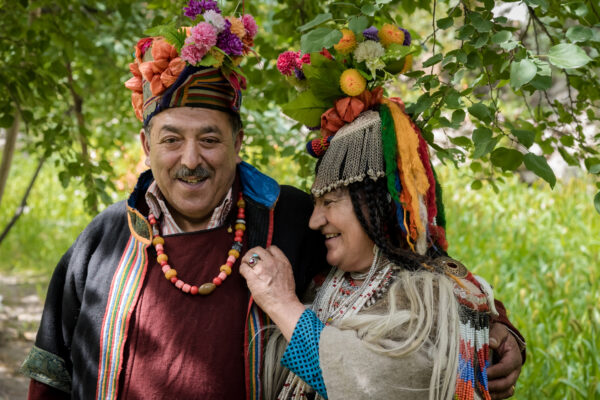 The rumour says, Brokpas, the people who live in Dha, Hanu, Darchicks, and other nearby towns, are the pure Aryans, the actual descendants of the Alexanders army who stayed back in the valley. Amongst all the Brokpa towns, only Dha and Hanu are open to the public as the Brokpas are obsessed with purity. Come here to experience the cultural diversity and don’t forget to bring your cameras as the place is extremely beautiful and the people who live here are very friendly. 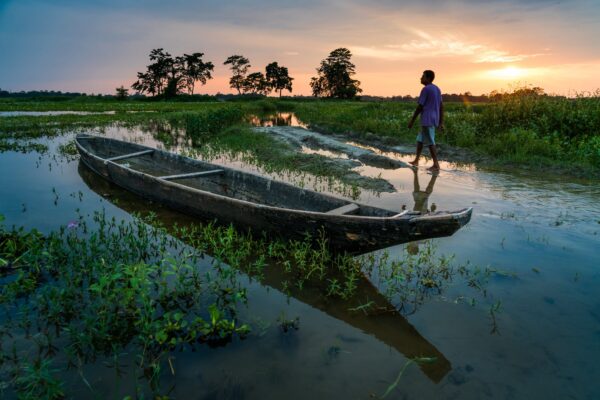 Majuli, nestled amidst the mighty Brahmaputra River, is the world’s largest freshwater island. It’s a must-visit place for every travelling enthusiast because, due to climate change, in the next 20-25 years, the lush green and pollution-free island may completely disappear from the earth’s map. The green fields and the water bodies of Majuli island will stay in your heart for a long time, and you’ll feel blessed for the rest of your life. 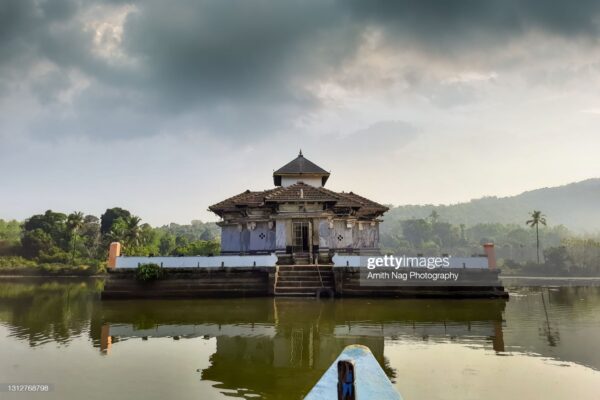 Villages in the southern region of India are the most picturesque, and Varanga has its charm, thanks to the several Jain temples. The hilly village is surrounded by a backdrop of a mighty western ghat and is situated in the Udupi district of Karnataka. The town is famous for housing the historic 850 years old Kere Basadi – the lake temple. The temple is built amidst a man-made lake as a four-faced symmetrical structure and is dedicated to the Jain Lord Parshwanatha.