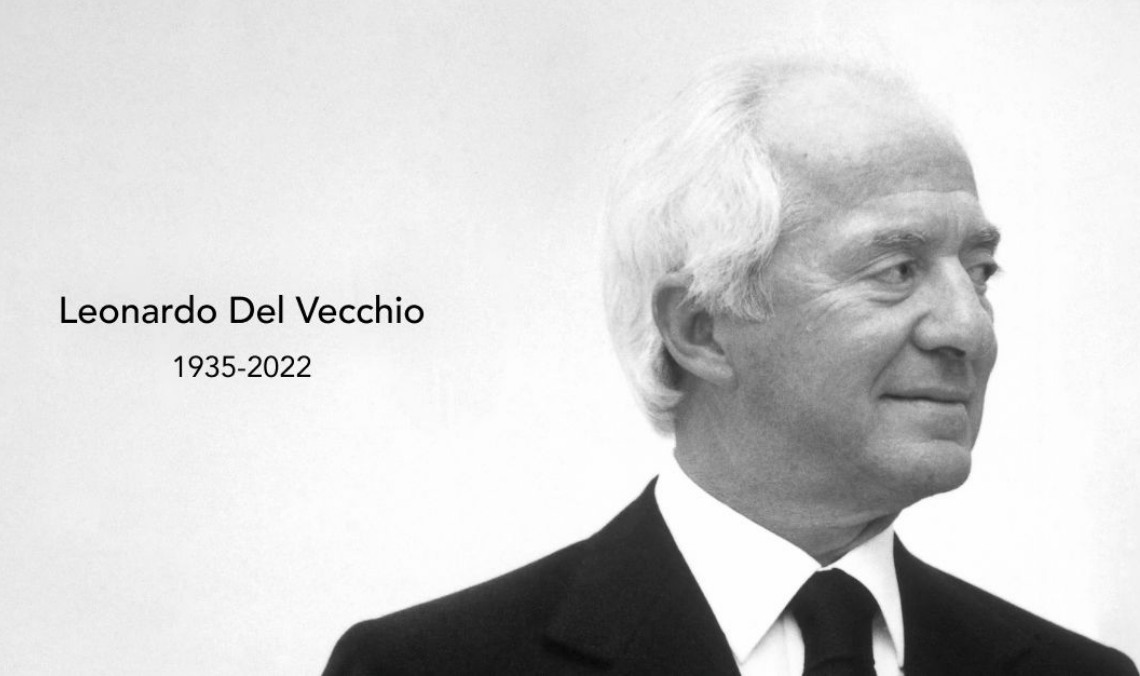 Almost everyone wears glasses at some point in their lives. In developed countries, the rule of thumb is that around 70% of adults need corrective lenses to see well. But what we see masks the underlying structure of the global eyewear business. Over the last generation, just two companies have risen above the rest to dominate the industry. The lenses in my glasses – and yours too, most likely – are made by Essilor, a French multinational that controls almost half of the world’s prescription lens business and has acquired more than 250 other companies in the past 20 years.

There is a good chance that your frames are made by Luxottica, an Italian company with an unparalleled combination of factories, designer labels and retail outlets. Luxottica pioneered the use of luxury brands in the optical business. One of the many powerful functions of names such as Ray-Ban or Vogue or Prada, Oliver Peoples or high-street outlets such as LensCrafters, the largest optical retailer in the US, John Lewis Opticians in the UK, or Sunglass Hut, all of which are owned by Luxottica is to make the marketplace feel more varied than it actually is.

Who’s the man behind?

Del Vecchio’s life is an accurate rags-to-riches tale. His father died before he was born, and the family was so poor that he spent time in an orphanage as a young boy. He apprenticed at a tool and die maker before moving to eyewear. He gained experience making components and soon started selling his frames. The company kept growing, and in 1988 started making glasses for fashion designer Giorgio Armani. It was the start of many very lucrative licensing contracts.

As founder, chairman and the biggest shareholder of EssilorLuxottica, he focused on transforming the global eyewear business by buying up companies and making hundreds of millions of pairs of expensive sunglasses, lenses and frames for prescription glasses. In 2020, the company added another 1,600 styles to its collection.

The company has factories, R&D sites and distribution centres in many of the 150 countries where it operates. Regarding spectacles, with thousands of trademarks, more than 10,000 patents and 140,000 employees, the company touches the lives of millions and is a clear-sighted mammoth that has cornered the market.

The multinational is not immune to the effects of the pandemic. Revenue for 2020 came in at €14.4 billion, down 17% compared to 2019. Gross profit was €8.4 billion as sales bounced back in the year’s second half. Over half of the total revenue was generated in North America.

At the same time, the company enhanced its e-commerce platforms and “got closer to customers and consumers during the pandemic,” according to its 2020 report. Last year direct online sales to customers brought in €1.2 billion, a 40% increase over 2019.

Notwithstanding a complicated year, the company’s stock is again close to its all-time high, reached in January 2020 — just before the pandemic was declared. With such an outlook, EssilorLuxottica is again willing to grow. In March, it got permission from the EU antitrust authority to buy GrandVision, a chain of opticians based in the Netherlands, for $8.5 billion. It is a long way from the tiny company Del Vecchio founded 60 years ago in 1961.

The company has been making glasses for Giorgio Armani since 1988

After going public in 1990, Del Vecchio used the cash infusion to buy brands and retailers to sell his glasses. The company now owns international retailer Sunglass Hut and optician chain LensCrafters. In total, it has nearly 11,000 retail stores and owns brands Ray-Ban, Persol and Oakley. It also makes glasses under license for big high-end brands like Chanel, Ralph Lauren, Prada, Tiffany and Versace.

Around the world, millions of people are taking eyesight more seriously than ever before.

On top of that is an increased awareness and ability for people to spend money on glasses, vision care and health in general. With populations ageing, bad indoor lighting and more screen time, there is plenty of room to grow. EssilorLuxottica claims that 4.7 billion people need help with their vision; 2.7 billion suffer from uncorrected poor vision in that group.

According to Tommaso Valletti, the head of the economics and public policy department at Imperial College Business School in London, the company’s dominance and market power bring two risks.

The first risk is a focus on preserving market share at the cost of innovation. The second risk is antitrust abuses, which “typically follow market power,”. Indeed, the company has often been accused of using its position to drive out competitors and drive up prices.

So the obvious question arises, is Luxottica a monopoly?

The company was featured on TruTV’s Adam Ruins Everything, with host Adam Conover claiming it holds 80 per cent of the market. Snopes and other online fact-checkers put the company’s market share as low as 10 per cent. Still, its vertical integration and aggressive business tactics have gotten it into trouble over the years.

In fact, its hostile takeovers of Ray-Ban and TIL Oakley in the 1990s and 2000s made the brand name infamous in North America. At the time, Oakley was at the height of its popularity and seemed unstoppable. But Luxottica strangled the company out of its retail stores over a pricing dispute and acquired the brand.

What Are Brands Owned by Luxottica?

Luxottica is a vertically integrated company. This means that it owns eyeglass manufacturers, retail stores, optometrists, and even a vision care insurance company that pays for it all.

In 2017, it added to its product line through a $49 billion merger with French company Essilor.

We’ll break their brands down into those three categories.

Luxottica also has a large retail footprint that prescribes and sells eyewear. This includes Sunglass Hut, LensCrafters, Pearle Vision, Target Optical, Ray-Ban, Oakley, Glasses.com, EyeMed Vision Care, and Spectacle Hut. It also did Sears Optical when that was a thing.